In her youth, Bella B was encouraged to keep a diary to keep track of all the thoughts running through her mind at the time. “I’ve always found writing to be really therapeutic. We can learn so much from creativity and I have always used songwriting as a way of turning those inward feelings outward,” says the singer-songwriter adding, “As I got older I found songwriting helped me to connect with myself on a whole new level, as there’s music to go along with those words.”

For some time she penned songs for others but has sense started to release her own music. This includes her incredible single, “Light On.” We talked about writing for others vs herself, situationships, and more in this back and forth exchange.

Kendra: I talked to a musician by the name of Rod Kim a while ago about writing for others vs himself. He said that when he writes songs for other artists, it allows him to explore more aspects, more sides of himself that he wouldn’t perhaps put into his own music. Would you say you’re the same way?

Bella B: I’d say writing for other people gives you a chance to explore a new perspective. To me, “Light On” was a reflection of my past experience in a complicated relationship. But to someone else, it has totally different value. Everyone can have their own take on a line or phrase, and it helps me as a writer to reinvent those ideas with someone else’s point of view in mind.

Kendra: You did get personal with “Light On” because man, oh man, it’s about that dreaded situation where you’re with someone and they just won’t take things as seriously as perhaps you thought they were. Been. There. Do you think that these sort of “situationships” are getting more common because we’ve become a very hookup-centric society due to the abundance of dating apps?

Bella B: At the time, I would say it was more about the frustration of another person who is so unsure, and you’re contemplating whether you should abandon the whole thing altogether. But I agree with the idea that as a society we have become a little detached and disconnected with one another. I think because of the world we live in we are overwhelmed by the media and dating apps, and our attention span isn’t what it used to be. Maybe that’s the reason people can be quick to lose interest in a relationship.

Kendra: “Light On” is just the beginning for you, but I want to know when you’re feeling writer’s block – is there anywhere in Brisbane you go where you feel the most musically inspired?

Bella B: I’m actually often the keenest to write after a long, hard day. Even if my lyrics are mismatched and the chords don’t suit, I might get a line out of the process which could spark a song. I draw inspiration from a lot of places. I love old buildings, night scenes, and early morning skies. I’d say the biggest inspiration for my writing is late-night drives around Brisbane. It’s so quiet and mysterious, and there’s something very sentimental and nostalgic about it.

Kendra: Lastly, while it’s hard to say where we’ll be in a day, week, or month from now because of the pandemic, I do want to ask what you have tentatively planned at the moment this fall…shows? More music?

Bella B: Hopefully releasing more music. I have a few songs stored away that I’m super excited to share. I also plan on doing a few shows that include some unreleased tracks, so stay tuned! 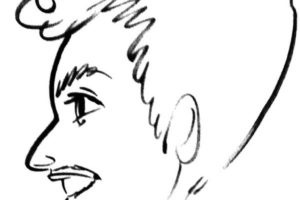 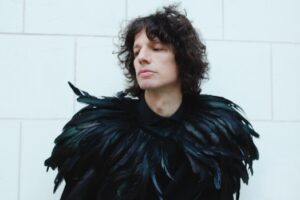 Photo Credit: Desdemona Dallas While it’s been some time between[...] 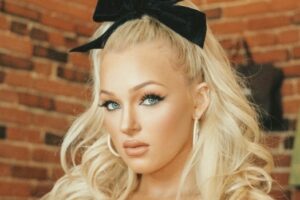