Influenced by some of today’s reigning hit makers like Sia and Katy Perry, you’d think Australia’s Juliana sound would harken that. Instead she’s a 20-year-old singer-songwriter with a bittersweet pop sound that showcases her old soul. We talked about that, her latest single “Cry Wolf,” her show tomorrow at MUSEXPO and more!

Kendra: Still very young, you have this sound that I’ve read is like a “modern time warp.” Have you always had an old school soul?

Juliana: I guess I could say I’ve been on an exploration to find my sound over the last few years. My musical education is one I can thank my dad for. As a young child I’d be listening to The Beatles; Kiss, The Eagles…What I’ve noticed about my music, is that there’s a sense of dichotomy; a “bittersweet” sensibility, that I believe has come about from the music I’ve derived inspiration from throughout my life.

I could be listening to Fleetwood Mac, or Kavinsky one second to Tove Lo or even Katy Perry the next. Over time, I’ve downloaded this collection of music, into my brain. Every album I listen to is as relevant as the next, because it becomes the soundtrack for certain stages of my life. Every sound, from every album, from every artist that I gravitate towards will spark a different type of emotion, that in it’s own way is electrifying. Subconsciously, I’ve only wanted to expect the same thing of my music.

There’s such a process that goes into finding every little layer of sound. I picture it like a big cauldron, and every piece of music I listen to is poured into it like ingredients; like potions…They are the reason my music is what it is, and maybe in turn, my sound has become a little old school, like a “modern time warp.”

Kendra: Growing up was there something you would always “Cry Wolf” about, and was the in any way an inspiration for your single of the same name?

Juliana: I don’t think so…lying has always been something that’s freaked me out. I’m a really bad liar and I wear my heart on my sleeve. “Cry Wolf” was instead inspired by lies I heard from people around me. I thought the term “Cry Wolf” was a playful way of approaching the situation, because it all seemed so childish. If you read the lyrics of the entire song, though, it turns a little darker.

Kendra: You’ve noted one of your influences being Rihanna. Personally, I don’t get her. Can you enlighten me on why you look up to her musically?

Juliana: Growing up, she was very much the forefront of pop and R&B music. Every song was a hit, and she’s never afraid to reinvent herself or try different styles of music. She completely subdued herself to the exploration of sound and fashion! Rihanna is an icon, and not in the way Beyonce is, either. To me, everything she does, is because she’s still growing, because she craves to explore something new. It’s honest. I believe she transcends genres; she could release pop one second and then do a complete 360. Personally, I don’t think she has been given enough credit. The last album, ANTI, was super daring, soulful, and was an absolutely beautiful and raw representation of who she is and where she comes from. Her vocals were killer on it too…

Kendra: Totally out of left field, but what is this about your phobia of gum?

Juliana: I used to have braces and one thing I stopped doing (so I could get them off sooner) was chewing gum. So I guess I started to hate it and then I really couldn’t stand it. Now I can’t even handle the smell. It gives me a headache and makes me super dizzy! I’m weird I know..

Kendra: Back to the music, any shows coming up you can tell us about?

Juliana: Well, I’ll actually be performing at MUSEXPO in Los Angeles this year, which I’m super excited about. The showcase is on the 2nd of May and I’ll be performing the new EP. I’ve been looking forward to this for a while!

Kendra: Anything else in the works for 2017?

Juliana: There’s not much I can say just yet, as much as I’d love to. But what I can say is that, I’m enjoying the journey and while I’m doing that I’ll be writing ,writing and writing! I’m taking it one step at a time.

Juliana: I’d love to submit my own, but this is too good. I saw this artwork on Tumblr once and it completely stumped me! 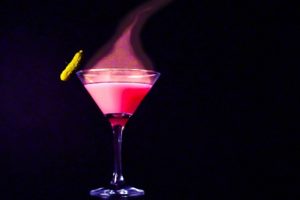 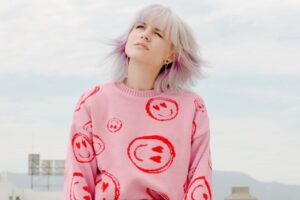 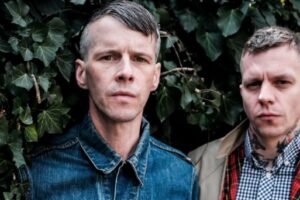