RubēHill Opens the Door to His Apartment

RubēHill Opens the Door to His Apartment

Inspired by the character of a short story, RubēHill felt like he finally found a sound that was right. We talked about putting more than his heart into his latest release, “Apartment,” past lives and more like a future on cassettes in this back and forth.

Kendra: You’ve noted that before now you sort of half-heartedly did things when it came to music. Do you remember the moment you realized that this current venture was it, that this was when everything aligned?

RubēHill: It wasn’t so much that I did things half-heartedly. I was never confident enough in the music I made to give it a proper push into the world. Creating was something I always knew I wanted to do. I had to spend more time dipping my feet into the water of different genres and honing my craft in a tutorial-mode sort of way. I don’t remember the exact moment where this changed. My songs just started working. I had no difficulty singing them with sincerity. It was always like grasping for straws when I didn’t have a message. When that all changed it was a huge relief, like “oh, cool, now I know I have something to say and I know how I’m going to say it.”

Kendra: You have said that you’re bothered by what music’s “supposed” to be. Do you feel like your sound has evolved from the rebellion of that sentiment?

RubēHill: Absolutely. I’ve been in too many situations where ideas get squashed because they don’t adhere to someone’s preconceptions of what music “should” be. Statements like “oh, that can’t be a chorus because that’s more of a bridge,” or “people won’t understand this,” or “this won’t make money,” bother me a lot. How are we supposed to move forward in the art form if we think we already know everything about how it works?

As my frustration with that viewpoint kept building, I was driven more and more to want to prove it wrong. I couldn’t really argue about it, so I thought I would just put my money where my mouth is and try to make really good quirky art that still has a contemporary appeal because it IS possible. Setting a good example for other artists who want to do the same. I don’t want people feeling like they can’t make a living if they don’t make music that adheres to a certain set of guidelines. That’s a scary future.

Kendra: Let’s talk about the inspiration behind your music right now. This Flannery O’Connor short story where the character has these fixations on their own anxieties. Was reading that the first time you felt empowered to take what could be the negatives of oneself and twist them into a positive expression?

RubēHill: I don’t actually remember what the catalyst for me taking that approach was, to be honest. The Flannery O’Connor story is a pretty good example of it. “A Stroke of Good Fortune,” the short story in question, is told from the point of view of a woman climbing the steps to her apartment. A pretty simple premise, right? Well, what makes it interesting is that the character is incredibly anxious throughout. She’ll feel these pains in her body and instantly conclude that it’s because she’s dying, when, in reality, she’s fine.

Around the time I was reading, I was going through a similar thing. For a solid half a year, my peace of mind would crumble at the slightest bit of discomfort. It was really disruptive to my day to day life. After I read the story, however, these feelings eased considerably. What happened was that I was able to see a parallel to my own situation in someone else’s (albeit a character’s) experience. From that, I was able to see my own situation from a fresh point of view. Anxiety is a bitch. If you feel you’re the only person who’s feeling that specific anxiety it’s very easy to jump to conclusions and for the anxiety to snowball.

The positivity derived from Flannery O’Connor, along with many other others, was that I was able to find clarity. It shattered that isolation factor. Through that, I was able to look at my own writing and see lyrics I once thought were too personal or too emotional for words that might actually be helpful for other people.

Kendra: After all of that, I didn’t expect you to have such a funky sound. Do you feel you spent a past life in the ’70s?

RubēHill: Possibly! More importantly, my parents’ spent their lives in the ‘70s. They were such huge fans of music that I just couldn’t get away from their influence. Stevie Wonder, Earth Wind & Fire, The Commodores, Marvin Gaye were played all the time in my house, and it definitely helped form my predisposition for all things funky. I have such great respect for that music and the people who created it. If you haven’t looked into the history of black music in America in the 20th century, you’re missing a lot of really crucial information. More importantly, you’re missing a really crucial history lesson.

Kendra: Will people be hearing songs like “Apartment” live soon?

RubēHill: People absolutely will! “Apartment” made its live debut last June, which was just a one-off show. We played three shows over the course of eight months after the first single was released. Which was a result of me taking my time in deciding how to present the music live. I and three Toronto heavyweights played our first show as an *official* lineup last month. From here Jared Gershon, Daniel Schlombs, Dylan Burrett, and I are going to keep playing shows. 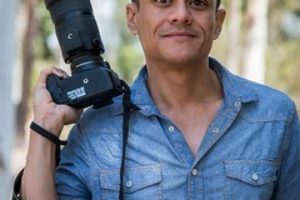 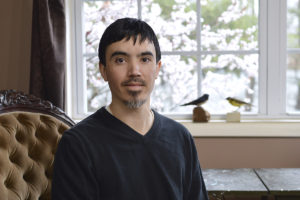 Everyone has that thing that identifies them early in life.[...] 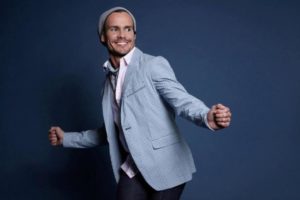