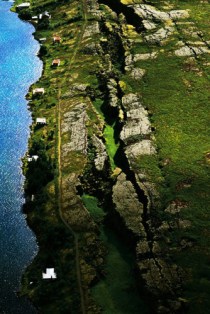 She’s scratching her mosquito bites ‘til they bleed, and they’re bleeding.

It’s the dust, she coughs out: it makes me nervous. Jeb understands, he can’t stop

looking out the small sliver of light, using it on his body like when he was a kid

but the dust swirls in it, small as grit in a contact, sometimes clouding over. Steph, his

boss before the world ended, has finished freshening her macabre nail polish and watches

him becoming an ant. Her brow furrowed in seismic sadness, her mouth the sinkhole.

doesn’t explain his refusal to help her ready herself for death. Doesn’t care

what her secret is, whether she loves or despises or thinks he’s gay. There is

another small tremor like the nation giving its death rattle. They are neither heaven

nor hell, but just as dead. Between that old celestial rock and godly hardplace. Dust falls

from everywhere like poverty snowflakes. Jedidiah stands under the only light

and speaks softly of all the worser ways to die.

Rafael S.W was the winner of ZO’s first 2014 Poetry Expo. He is a recent Creative Writing graduate and a founding member of Dead Poets’ Fight Club. Rafael has been published in The Big Issue Fiction Edition, Voiceworks, and Award Winning Australian Writing. He also regularly contributes to Going Down Swinging online and competes in poetry slams and giant-sized chess games.