Wick Beavers paints with his camera. He was one of the early photographers that ZO connected with (in this present incarnation) and his wit and eclectic style were an inspiration to the nexus we were trying to build between artistic disciplines.

We certainly were honored that he took a little time with our unique fledgling project. His credits are immense.

Born and raised in Manhattan, Wick is a fine artist and editorial portrait photographer based in NYC — specializing in shooting great pictures of cool people.

His portraits strip the masks of self-consciousness, bare the elemental truth of the subject and welcome the viewer into the trilogue between the subject and the photographer. It takes some life experience outside being a technician with a good camera to embrace all that.

Wick sailed around the world, worked for Outward Bound school, has surfed many of the world’s best breaks, and has partnered with some really great people climbing mainly in the Rockies, Sierras, and Southwest. He’s had a sheep farm in Maine and has traveled extensively.

His pictures have been published in many magazines such as NEWSWEEK, FORBES, the DAILY BEAST, LA PHOTOGRAPHER, ARCHITECTURE, ARCHITECTURAL DIGEST, MIAMI HERALD, NY MAGAZINE, PENTHOUSE, 32 DEGREES, BUILDER, BOCA RATON MAGAZINE, 944, TINSLEY ADVERTISING, LEXUS of GREENWICH, the WHALERS’, STONINGTON and the STEAMBOAT INNS, the IOWA REVIEW, NM TOURISM, KEEPER SPRINGS WATER, ACAMS, SiTv, NSU, UNIVERSITY of MIAMI HEALTH, MENS JOURNAL, the AMERICAN ALPINE CLUB amongst many others and have festooned billboards, ad campaigns and the walls of many happy clients, as well. He has won various awards and gives talks/slideshows to serious amateurs and working pro photographers.  “Eternal Thanks from ZO Wick!”

Real people, with all their imperfections and eccentricities, fascinate him and his portraits aim to tell their stories with empathy, honor and dignity. 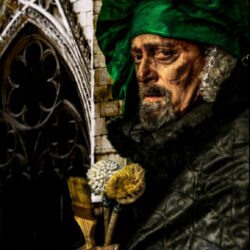