One of the best feelings in the world is coming across pure talent. Which is what any and everyone who finds themselves in within earshot of Aaron Rice would get to experience. His vocals take you back to when you first heard Justin Timberlake break free from his boy band restraints and really shine. Like the former Tiger Beat centerfold, Aaron Rice hits you with a soulful pop that is held together by hints of modern R&B infused with electronic waves on his May 2019 release, Neverfade​/​For Dusk.

We just so happened to talk to Aaron about Neverfade​/​For Dusk, the Midwest, his addicting single “Ghosttown,” and more – so check out what this pristine talent had to say about it all and then some.

Kendra: As someone who also grew up mixed, I too struggled with who I was “supposed” to be for years. For me, writing helped, but for you it was music. How do you feel it allowed you to navigate those waters without the waves we call society taking you under?

Aaron Rice: Writing was a big part of navigating race and identity, especially when I was a teenager and had the longest stint of an identity crisis. I found solace in making music and it helped shape how I see myself and how I can connect to the world outside. It remains my biggest and best form of self-care and it’s the way I process. It’s a reflection, a catharsis.

Beyond that, I found that through music I could connect to and explore both of the separate cultures that my parents come from, and it helped me understand or see both sides of the fence. In turn, it helped to connect me with other cultures and begin to understand the commonality and humanity that we share. I feel very lucky for this. Music is something we can use to share the best parts of who we are and where we come from, and at the same time express the most painful pieces of our experiences.

Kendra: If anything, I personally think you mastered it based on “Ghosttown” alone. Your vocals are as pristine as the house getting robbed in the video. Did you have any say in the treatment or were you just going with the flow?

Aaron Rice: Thank you! Alex and I talked a lot throughout the conceptualizing and planning stage, so I suppose I had some say in what was going on- but for the most part, I played the part of a sounding board for him to bounce ideas off of. We’ve been partnering on art projects for a long time and I trust him to do his thing.

Kendra: Does the rest of Neverfade/For Dusk fall in line with “Ghosttown” in terms of style and theme?

Aaron Rice: To me “Ghosttown” is the most straight-ahead pop song on the album. It was written first, and it’s the song that I wrote all the other songs around. When working on the other songs on the record I would double back around at some point and listen to them next to “Ghosttown” to decide whether they fit together and to understand what else I could do to tie them together sonically. There are lyrical themes throughout the album that fit too. In a way “Ghosttown” was the beginning of the story- or the beginning of the end, depending on how you look at it.

Kendra: What this album represents to you, the whole finding peace of mind when emotionally drained – was that something personally you were reflecting on our society as a whole because man, the past few years have been a wild one, especially in the US.

Aaron Rice: For sure. Lyrically the album’s focus is more personal- but during the long production process, I often thought of the project as my Never-Neverland. It was an escape from my own situation, from the reality of everything happening in the US and all over the world, and really became a retreat from a feeling of helplessness to change any of the above.

Kendra: A friend of mine tweeted the other day that more musicians should move to the Midwest and stop putting so much stock in places like NYC and LA. Do you agree? Keeping in mind that Neverfade/For Dusk was created on both coasts and back home in Minneapolis.

Aaron Rice: I love that idea. Minneapolis has a big, vibrant music community so it’s a good place to work on creative things There are a lot of artists here doing some really cool things, we have some baller venues, and the cost of living is generally considerably lower than either coast. On the other hand, it doesn’t seem like there are many industry people here.

Labels, publishers, agencies, lawyers, promoters, management companies- a lot more of those in LA and NY. More recently there have been a few bigger name artists who have taken up residence here, so maybe that means things will start to move more in that direction- maybe the industry will start to follow them. As far as the album’s creation was concerned- that was more about where I was living, and where the mix engineer was living than anything else- we kept having to travel to one another to get it all done. It was mostly circumstantial because I have a need to make music wherever I am.

Kendra: With the record out May 10th, what’re your plans as far as the rest of spring and summer are concerned? Touring perhaps?

Aaron Rice: I just had a release party for the album in MN, and another show in LA on May 16th. Then I’m playing with Chromeo at First Avenue. After that, there might be a couple more one-offs, and then I’ll use the rest of the Summer to release more new songs. 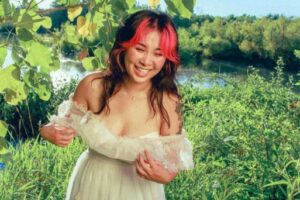 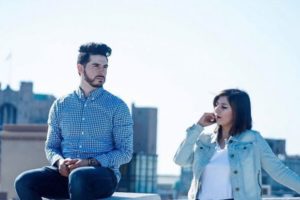 The Old Adage Take a Break for Something New

Photo Credit: Captured Existence When it comes to being a[...] 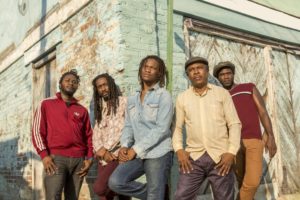 This year Jamaica’s Raging Fyah was more than a little[...]