The internet was wild to me when I went to college 15 years ago because, before that, I never had a computer or connection to the world via the Wide Web. I Googled “cake” for an hour straight – for no reason other than I could. Then sites like MySpace started to take over and I could not understand why people were into bulletins and arranging their friends until I found myself in the whirlwind of it all.

Now, while I have accounts on various platforms, I often find myself feeling like absolute crap seeing the floodgates of others’ successes, apparent perfect lives, and vacations (yes, during a pandemic nonetheless) blasted in my face. So when I heard “Pretty Girl Lie” by Baby Queen, I stopped dead in my tracks and ironically enough – went and followed her on Twitter.

It was enlightening to be able to talk to Baby Queen about her own relationship with not only the online world but reality as she’s faced the highs and lows of both. All of which can be found on her November 2020 EP, ‘Medicine.’ Now enough of this, let’s get to more Baby Queen!

Kendra: You’ve noted that trying to fit in with people in the fashion scene and influencers eventually led you back to music. Were you interested in fashion and whatnot before you realized, yeah…not for me?

Baby Queen: I think I had bright lights’ syndrome. Durban, to me, felt really secluded and isolated from the world I was dreaming about as a child, which was quintessentially the Grammys because I would watch them over and over when I was about 9. I definitely had a chip on my shoulder and wanted something more from life, so it was easy to get star struck by these parties and events which sounds ridiculous to me now because after a while it became very clear to me just how vapid and boring most of those people are. I’ve never been interested in fashion and I’m still trying to figure out how to be cool.

Kendra: Your experience sounds like how I often feel in Los Angeles. Friends and their friends are in music and movies, and I’m just a hustler freelancing. So I often feel like you said, a misfit. For you, was there a defining moment where you said, enough of this – I’m going to do my own thing?

Baby Queen: I got dumped- classic! And it was one of those moments where I felt like my little glass dome of protection popped and I was so exposed to every emotion I had been hiding from. I realized then, that I’d spent two years following people around that I didn’t even like, trying to impress them and make them see some kind of worth in me (which they never did) whilst accomplishing absolutely nothing. It was a real defining moment and I looked at myself in the mirror-like “you gave up your whole life to move to this city, and it wasn’t to impress strangers whose company gives you the illusion of success.” So I deleted my Instagram account and the hard work started.

Kendra: I’m glad you came to that realization because I am OBSESSED with “Pretty Girl Lie.” I think it’s such an amazingly crafted song that is as lyrically stunning as it is musically sound. When you sang, “I get more likes when I don’t look like me,” I teared up a bit because that’s the sad reality we live in. What’s sadder is that without social media we do lose out on various connections. It’s definitely a double-edged sword. With that, how do you balance using social media for your career and not having it control how you view yourself?

Baby Queen: My relationship with social media has improved tenfold since I started using it only to connect to the people listening to my music. As I mentioned, before this, I had actually deleted Instagram for about a year and a half which was one of the best things I ever did for myself. I don’t think my insecurities about my online identity will ever go away completely, and there are still days where I question what I posted, how I looked, and how I’ll be perceived, but more recently, I’ve been using the internet and a tool to connect to people. It’s not really about me, and nobody really cares about anybody but themselves – that’s what I tell myself, and it makes me feel better.

Kendra: On a grander scale, do you think if we woke up tomorrow and the likes of Twitter, Instagram, and Facebook were gone…we’d be able to cope?

Baby Queen: Not immediately. I think it would require a re-wiring of the human brain. We are so much more deeply entangled with the Internet than I think any of us realise or want to admit. It controls the way we view ourselves and our worth, the way we enjoy experiences, the way we celebrate successes, and form relationships – we are in SO deep. Our phones and computers are our safety nets and our remedies for loneliness. It would take a factory reset of society for a world without social media to feel vaguely okay.

Kendra: I cannot wait to hear the rest of your debut EP, ‘Medicine.’ We got our toxic relationship with social media with “Pretty Girl Lie,” but what other concepts and ideas will we hear?

Baby Queen: This EP talks about the internet A LOT. “Internet Religion,” “Pretty Girl Lie,” and “Online Dating” go into our relationships with social media in-depth, so that’s pretty much half of the EP. “Medicine” is about anti-depressants, “Buzzkill” is about BEING depressed, and then “Want Me”, which is the final single before the EP comes out, is the outlier, and it’s about fancying Jodie Comer from ‘Killing Eve’ (lol). I think it feels very youthful. I definitely needed to put my woes about the internet into lyrics- I think I’ve said all that can be said about Instagram now so hopefully that’s it.

Kendra: ‘Medicine’ will be available on vinyl, cassette, and of course digitally, so I’m wondering what’s your favorite way to dive into new music?

Baby Queen: I worked at Rough Trade record store in East London for a year before I signed and I’m completely obsessed with vinyl. There’s something so romantic about being able to physically hold an album. Having said that, I don’t actually have a vinyl player of my own so I’ll usually just stream records. I do prefer to listen to full albums from start to finish than to playlists though. I really love the artistry of a full body of work.

Baby Queen: Weirdly, I think it’s easier to be creative when there isn’t so much going on. I know 2020 has been a really strange stunted year for most people, but for me, it’s been really busy and quite overwhelming at times. I always say that boredom breeds creativity, and luckily in many ways, I haven’t been bored once this year. Also, before this year, I was making music for my ears only, and now there are a lot of ears that want to hear it. It’s going to be interesting for sure but songwriting is a muscle and I do believe it’s something you only ever get better at. Drive, on the other hand, is something I sometimes wish I had a little less of because my ambition is relentlessly exhausting.

Kendra: Usually, this is where I ask people what they have planned in the coming months but with the world in a strange place right now, plans aren’t as concrete as they typically are. You can go ahead and let us know what you have tentatively planned but can you also, share a song that never fails to get you through when the world around you feels like a mess?

Baby Queen: Well the EP will be out in November, and shortly afterward we’re doing a livestream tour supporting Yungblud through the U.K. – then straight after that, we go into shooting the first music video for 2021 and introducing the new era. It’s all very exciting! Also, when things are a total mess in my life, I like to listen to the artists and records that I love the most because their familiarity makes me feel safe. For me, those albums are ‘1989’ by Taylor Swift, The 1975’s self-titled album ‘The 1975,’ and ‘Codes and Keys’ by Death Cab for Cutie. 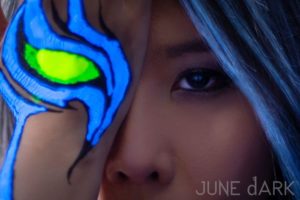 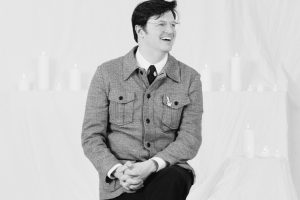 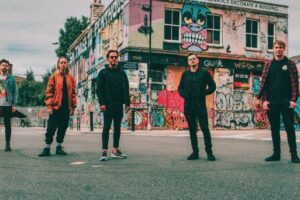