One of the most consistent things in the life of Blake Morgan was his long-standing sold-out residency in New York City at Rockwood Music Hall. Then, well – we don’t have to really remind you why any and all live music had to take a break in recent years, do we? With a global wrench tossed into his reality, Blake Morgan found himself choking up when he finally got to return to the stage after almost two years. We talked about that moment, what makes a great love song, and the new album slated for May 2022, but first…where it all began…

Kendra: Everyone has to have some starting point to their musical journey, but I’m more interested in the why. Why did you find yourself drawn to making music in the first place?

Blake Morgan: “Drawn” is the perfect word. In fact: when I was four years old, my father drew on the piano keys of our piano, the letters “C,” “D,” “E,” and so forth, in wax pencil. I remember sitting on his lap and playing. We always had music on in our house, and both my mother and father could play the piano (they’re both writers and poets). So that was the beginning, but I honestly can’t remember a time in my life when I didn’t want to be a musician.

Kendra: It has to be a passion, especially performing seeing as you’ve played more than your fair share of shows – many sold out. How do you continue to keep yourself fresh for your audiences after playing more than a few nights in a row?

Blake Morgan: Well, the audience does that for you. The people at tonight’s show don’t know what went down at last night’s show, so each night winds up being opening night. That, in itself, keeps you fresh. But also, I’m fortunate to have an audience that has expectations of me: they expect a great show, they expect a different show from what they saw and heard me do the previous time, and they expect to have their heartstrings pulled along the way. As a musician and performer, how can you not get up for that, right?

Kendra: As someone who played often, how did feel when live music was one of the first things taken off the table in 2020?

Blake Morgan: It’s been beyond strange––both to stop performing for a live audience for twenty months, and then to start doing so again after the break. I’ve had a sold-out residency in New York City at Rockwood Music Hall for six years, and breaking the rhythm of that ongoing concert series was a bizarre feeling.

Equally bizarre, however, was starting it back up this past September. I choked up in the first chorus of the first song I sang, and kind of never stopped doing so for the entire show. The audience was equally emotional, and wary too, to be back out, to be trying to resume some semblance of normalcy. Coming together to hear live music is primal, and collectively it felt like we were reclaiming a piece of our humanity. It was heavy, in a beautiful way. The shows I’ve done since have had that combination of emotions too: weight, and joy.

Kendra: Now things are slowly, very slowly, getting back to normal and that includes more and more artists releasing new music, you included! ‘Violent Delights’ is slated for May 2022, and when I read the title my mind went to HBO’s ‘Westworld’ as the protagonist/antagonist (she could’ve been both!) always said, “These violent delights have violent ends.” I just learned that it was originally a line in ‘Romeo & Juliet.’ Assuming you got it from the latter, are you a tragic romantic at heart, or just a standard romantic that can appreciate all tales of love?

Blake Morgan: Ah I love that show (especially Season 1)! Yes, so they were paying homage to the same line I am, from ‘Romeo and Juliet.’ The full line is, “These violent delights have violent ends, and in their triumph die…like fire.”

It’s the warning Friar Lawrence gives the young couple in the play when they approach him in the hopes he’ll marry them in secret. He tells them that such passions will lead them to disaster, and of course, they do, because in the end, they both die. (Sorry to anyone for whom I just ruined the ending of ‘Romeo and Juliet,’ but the play’s been out for four-hundred years!) My new record is a “love” record and the songs traverse the landscape of passion, danger, and once-in-a-lifetime love.

Kendra: Speaking of love, that is the foundation for your single, “Down Below or Up Above.” You explained it as the less creepy, stalker version of a very famous song by The Police. I have to admit, I laughed really hard reading that, but comicalities aside, what do you think are three keys to making a classic love song?

Blake Morgan: Glad you liked that––“Every Breath You Take” truly was an inspiration for much of the arrangement of the track. The Police have been formative for me, I do love those records so much.

Well, I suppose if there are three keys they’re probably the same three that inform much, if not all, of great art in the first place: quality, originality, and consistency. It has to be good, it has to have something original about it, and it has to be consistent so the audience (the listener, in this case), trusts it. That’s really important, trust. Without that trust, it all falls apart. Whether it’s a song, a film, a play––once the audience trusts what’s happening they can let go, and let what’s happening in.

Our job as artists is just that: to captivate our audience for however long we’ve asked for their attention. Doing so with a love song is something of a minefield as it’s been attempted so, so many times. But I find that if I can hit those three points, I’ve got something worthwhile at hand.

Kendra: On top of all you do musically, you’re also an I Respect Music advocate. When did you get involved with that and how can people get involved that want to help?

Blake Morgan: I began the #IRespectMusic campaign from my laptop in early 2014, following a series of editorials I’d written which were published in The Huffington Post. To my delight and unending surprise, it’s become the largest grassroots campaign in the history of American music. Fighting for musicians to be paid fairly for their work is an honor and privilege, and one I hope I won’t have to do indefinitely––the reforms we need are at hand, and the battles we music makers face can be won if we stand together. I know they will be, it’s just a matter of when. You can go to IRespectMusic.org to find out more, and to support the historic new bill in front of Congress now, the American Music Fairness Act. Please do!

Blake Morgan: I’m darkly hopeful about this new year. I’m filled with hope for our country and our world, and for music itself. My resolution is to start this year here in January, with renewed energy and resolve––to roll my sleeves up rather than wring my hands––and to do everything I can for the people and the music I love. That should keep me busy, right?

Kendra: With the new record out in May, what can fans – both new and old – expect from you in the months leading to the album release?

Blake Morgan: We’ll be dropping two more singles before the album release in May, and look for more music videos too. I’ve been so gratified at the reaction to the video for the first single, “Down Below or Up Above.” This new album has a real “story” to it, and each of these singles are like sample chapters from the larger narrative. It’s not a concept album, perish the thought, but the songs are related and part of a larger whole. Can’t wait for people to hear more of the record, and can’t wait to be back on stage in New York City as my residency at Rockwood Music Hall continues. I’ll try not to choke up as much on stage this year, I promise! 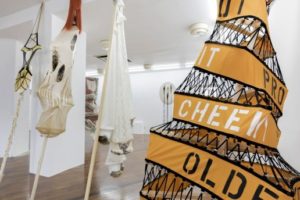 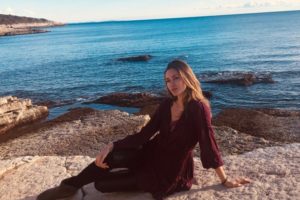 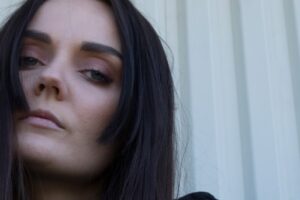 CEDER: An Emotional Graze of the Guitar

Many creatives will agree with CEDER when she says emotions[...]