There isn’t anyone on earth who goes through life with only ultimate highs. There are going to be some low points throughout but you know what? That’s the reality of this crazy world. I know that, and Nashville’s indie-folk dynamo Bridget Caldwell knows that – all too well. From a relationship in her early 20s that taught her a huge life lesson to an illness she wouldn’t wish on anyone, Bridget shared a piece of her world with us and talked about her debut EP, ‘Kingmaker,’ out August 6th.

Kendra: You seem like you were the type of kid that was my total opposite because you ran towards that spotlight, and into musical theater. Where do you think you got that love of the stage from?

Bridget Caldwell: Honestly? I think I just arrived on earth with it. No one in my family was a performer (although they are all very witty) but I was always a sensitive person who wanted to express themselves in big ways.

Once when I was in kindergarten, my family went to a small music festival at the park in our hometown. There was an Irish bluegrass band playing, and when the fiddle player came off the stage and into the crowd, I BEGGED my parents to let me get closer. My dad and I ventured down to the crowd and I was so excited about the music (jumping up and down, hollering, etc) the fiddle player (who looked shockingly similar to Jim Carrey) bent down and yelled “DO YOU WANT TO COME ON STAGE WITH US?” OBVIOUSLY, I said yes and scurried up to the stage to dance and do literal cartwheels. My dad said he looked away for ten seconds, and then I was gone, and he thought he’d lost me. As he ran back to my mom and siblings saying “I can’t find Bridget!” BAM! There I was. Front and center.

Kendra: Then you got hit with one thing after another and your voice took a turn, it changed and you thought – that’s it. So you headed off to college but later discovered your voice was just where it sort of needed to be…so first off, what did you head to college for?

Bridget Caldwell: I went to Belmont for Commercial Music, which was essentially a contemporary music program. My voice was most certainly different, but I could still sing, so I started looking for music programs that weren’t the traditional, classical model.

It’s funny because, at that point, I didn’t even know I could sing. I think about that story often, because my dad described it as the moment when “something was just in there.” Oh, and the day he nearly had a stroke as he thought I may have been abducted. But you know. Can’t win ’em all.

So for a long answer to a short question: I don’t know. God?

Kendra: Secondly, looking back do you think the mono and surgery were sort of blessings in disguise guiding you unknowingly towards where you are today?

Bridget Caldwell: I definitely believe I ended up in a very good place that fits me. I’ve had many experiences and met folks I wouldn’t trade for the world. Would I call those things blessings in disguise? No. Frankly, it was horrible. The illness, the surgery, the trauma at such a young age…I wouldn’t wish that on anyone.

I’ve gotten to a place in my life where I can very comfortably sit between the ideologies of “EVERYTHING IS A BLESSING (IT’S NOT) FIND THE SILVER LINING” and “life is hard and terrible and just happens to me!” Life is very hard. Life is very wonderful. I hold tight to the idea that nothing lasts forever, and I’m just here to experience as much of life as I can.

What I will say is, I’m very grateful to have ended up where I am now, even with such a setback at a young age.

Kendra: Now your debut EP that drops in early August features five tracks, one of which is “Carnival Ride.” With that, what quintessential carnival treat would you say ‘Kingmaker’ is most like and why?

Bridget Caldwell: Oh man I LOVE this unique question! Honestly, I have to go with a swirlie cone. You know…the soft serve vanilla and chocolate cone that is the size of your forearm when you’re five and your mom only gets you once a year.

The EP shows more than one side of me (chocolate and vanilla hellooooo) and of a time in my life that was very formative. It’s something Christian Harger and I have been working on and preparing to release for a LONG time (once a year special treat) and I really do think that everyone will find something they enjoy on the EP (two flavors! Something for everyone!) I also think I may have to get one tonight from Bobbie’s Dairy Dip. ADULT SIZED, MOM!

Kendra: As for your debut single, “Pharmaceuticals,” man that hits hard. I think whether it’s a romantic partner, a family member, or a friend – we’ve sort of all sadly experienced this situation where we had to realize that we just could not save someone. Was this a lesson you learned early on in life?

Bridget Caldwell: I think in the grand scheme of life, it was definitely early. I was in a relationship in my early twenties that really sort of drilled this into my head. Of course, you can influence and support people, but I had to learn that sometimes decisions being made won’t be changed by any amount of love.

Kendra: You were already in the Nashville area for school, so when you got back into music were you sort of already grounded into the scene there?

Bridget Caldwell: Yes! I was really lucky to have such a good musical incubator at Belmont. The school itself attracts a lot of music/art kids, so I was surrounded by it. My friend Luke Preston was the first person to pull me into any sort of co-writing, and we met on maybe the third day of class at Belmont? So, yes, I had a really good foundation really early.

Bridget Caldwell: This is such a thoughtful way to ask this question!! My producer Christian Harger and I are already hard at work on a full-length album. So I anticipate spending a lot of time writing for and recording that. I’ll also be focusing on doing all the things that allow you to write good songs: reading, spending time outside and with people I love, people watching, etc.

You can never guess what’s coming next (unless it’s about to be tax season) but I’m really excited for the continued adventure. 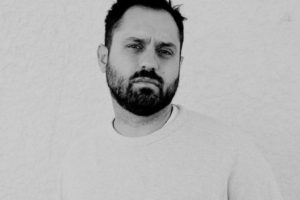 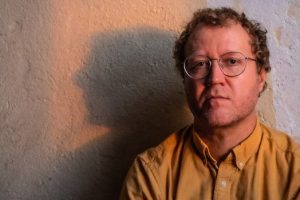 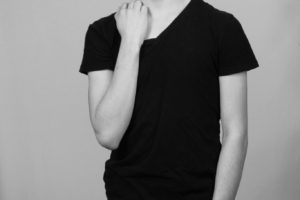