Those who grow up in big cities near actual things to do never quite understand what it means for small-town folk to attend a concert or see a big, fancy production. Being that I come from a town comprised of a lot of trailers, I know about that all too well and could fully understand where Chel was coming from when she said heading into St. Louis for concerts and whatnot meant everything to her as a kid. Those trips, and a talent for music she showed early in life, are what led her to Los Angeles some years ago. We talked about those St. Louis memories, how modeling and radio play into her music, her new single that drops May 7th, and more in this back and forth exchange!

Kendra: It’s pretty obvious that you had the support of your family when it came to music because I don’t think a five-year-old could handle scheduling their lessons, but with that – I wanted to know if there is a memory that sticks out as the moment you knew music was going to be more than a mere hobby for you?

Chel: I have never tried to hide the fact that my family supports me. I try to glorify that as much as possible. I feel very, very lucky they have been with me throughout this journey. I know that is not typical. I don’t think I could’ve accomplished as much as I have without their love and support.

Music was always my dream. I always knew in the back of my head that I would try to make it work no matter what. That being said, I think it was the day that I was offered an opportunity to create original music for the first time that I took that opportunity and never looked back.

Kendra: Growing up in a town void of actual entertainment aside from an outlet mall and casino that I couldn’t get into anyway, I know all too well what it’s like to have to travel for music. So, when you headed to St. Louis, oftentimes with your dad, what experiences solidified that as the mecca of entertainment throughout your adolescence?

Chel: St. Louis felt big. I loved going and seeing all the big stages and the big names on the big stages. It felt like there were so many options not only just for music but for food, and shopping, and all the other fun things that you couldn’t find back at home. It was so cool for me when I got a little older and started performing the same stages that felt like Mecca for me when I was younger.

Kendra: Today you live a world away in Los Angeles. How long have you lived on the west coast and do you feel as if it lived up to the hype it often gives itself?

Chel: It will be four years in May for me living in Los Angeles. That’s crazy to think about because sometimes it feels like I just got here. There are things I love about Los Angeles and things that I don’t love quite as much.

What I will say is that the opportunities are endless, the weather is incredible, and it is a melting pot for people and food which I LOVE. I think the biggest thing for me that I love about Los Angeles is that I feel like I can achieve anything if I work hard enough and that it is a hub for creativity. Coming from somewhere where most jobs within the creative field weren’t realistic, it feels really good to be surrounded by people who are thriving doing what they love.

Kendra: Now let’s talk about “VFDT (View From Down There,” which drops May 7th!  I love the idea behind this song because I think this is something many can relate to, and not just in entertainment. Was this inspired by your experiences, and if so – will those who inspired this track know you’re singing about them right away or will they be in denial?

Chel: It was inspired by my own experiences. I feel as though I have had to fight very hard just to get people to pay attention. Now that people are paying attention, people want to say “I’m so proud of you” or “I knew that it was going to happen for you” but those are the same people who haven’t listened to one song, haven’t shared anything, haven’t come to see me perform once over the years. I don’t think anyone, in particular, will know that it’s about them because I didn’t write it about one person in particular. What I hope is that people can relate and feel more powerful because of it. I know this song makes me feel like a boss, so I hope it does the same for anyone else who is listening.

Kendra: Lyrically, you present a very straightforward narrative, but you also write from a place that tackles universal themes like feminism like with last October’s “Nasty Woman.” What are your thoughts on women dominating pop music and radio (Dua Lipa, Lady Gaga, Cardi B, Taylor Swift), but still having to fight for equality when it comes to getting the respect they deserve? I feel like we don’t hear about a male artist’s love life or sexual nature as much as we do with the likes of Taylor and Cardi B…

Chel: I think we have a long way to go for women to get the respect they deserve. I was just at a gathering the other night with a group of women in the industry who were all sharing stories of men in the industry not respecting their opinion and men in the industry trying to take advantage or use their power to get what they want out of the situation. This is happening more often than it’s talked about. I am so happy that we are starting to become more transparent and address these issues, but I think it’s going to take some time and harsh realities before we can start to break down these walls.

Kendra: Speaking of radio, one of the many hats you wear is as a radio host. You’re also a body-posi model. How do those avenues intertwine with your music?

Chel: When I moved to LA I didn’t know anyone in the music industry, so I started working in these fields. It has been very cool for me to see how these avenues intertwine. With radio, I found that as an artist, I was able to give more in-depth interviews with two other artists because I knew personally what questions to ask. I also refused to give an interview without deep diving into that artist’s history and catalog. I had been to some shitty interviews and I didn’t want to do that to any other artist.

As far as modeling, as an artist, you become a brand. That comes along with brand endorsements which is somewhat a form of modeling. It was cool that my brand ambassador turned into a modeling career. The further you get in all these avenues you find that the same people who are shooting for modeling campaigns or the brands are working with the models and the artists. Same for radio, it’s all connected.

Chel: As of right now, I plan to keep making music. I also plan to release a new song every one to two months. I would love to start performing and I think as the outside opens up, we will start to plan more live concerts. I am very excited about what the future holds! 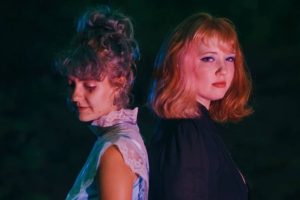 Photo Credit: John Savoia Not too long ago Boston’s own[...] 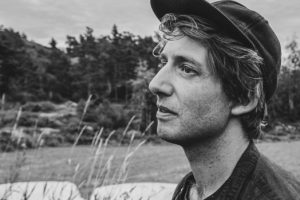 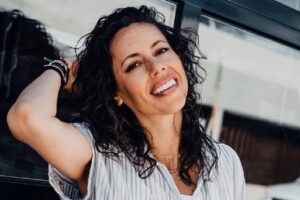