With October came the release of Thrones. November was full of shows. Now that we’re close to December Chives has shown no real sign of slowing down even though the rest of the world has gone into holiday, chill mode. Layering a myriad of rock-inspired sounds into one, Chives own Ryan Perkins sat down to talk with ZO about where they fit in the genre, finding new ways to make anew, and even a mime. Find out what that last part is all about by keeping your eyes on the prize and reading what follows.

Kendra: It’s been about two years since you’ve dropped new music. In that time, are you constantly thinking of new songs and ideas or do you give yourself mental breaks away from creating to allow yourself time to reload?

Chives: We are always working on tunes, planting seeds for new songs, and tweaking past ideas and themes. It keeps it interesting! Thrones was recorded live almost two years ago in February 2018 at Postal Recording with Destin Kitto (of Big Hog / Apunxta), Nicolas Clark (of Radar Gold), and Mitch Geisinger (of SERVICE).

Thrones as a collection of songs was culminated over three years with several lineup variations so the songs have gone through a lot of change. With the songs growing alongside the band, the final product is, of course, a matured and realized version. It would’ve just kept growing but I had to cut it off sometime!

Kendra: With your 2019 release, Thrones, it was a culmination of new and old. What made you want to include some of your older tracks like “Payasso?”

Chives: The original Greenway Records 7” release could actually be considered a bedroom demo. The Thrones release is a live full-band recording, which I feel holds a magic on its own. There’s something about capturing a particular moment with a band. The other tracks previously released on singles or EP’s are, “Porcelain,” “Katana,” “Family Pearls,” “Opus,” and “Absentia.”

Kendra: When it came to “Nefertiti,” I thought of that age-old question – what person living or dead would you want to have dinner with and then scribbled that out and thought, in the end – what lasting line about yourself, music and career would you want people to take with them after you’re gone?

Chives: Go after the Throne – “There’s a Throne with your name on it, That’s my throne.” Everyone’s after it, it’s up to you to go get it. Work hard, persevere and let shine what makes yours unique.

Kendra: When it comes to Thrones as a whole, wherein Indianapolis would you say is as aesthetically close to the album as can be?

Chives: Central Indianapolis. My musical introduction to the city was definitely in Fountain Square and the tail end of the “Broad Ripple Renaissance.” The first house show I attended was a Jason Bambery Prince cover show at the Sneaky Bandit. Also in the audience was a mime with a dog and a baguette. Dimitri’s Morris’ West Gate Venue, Jacob Gardner’s 945 Debbie’s Palace of Noise & Laundry, General Public Collective (and everyone involved), John Zeps’ Vibes Music were all very formative to my creative beginnings in the city and all embody what it means to go after your Throne.

Kendra: When it comes to rock music, the umbrella has gotten larger than life. Rock stations now play Billie Eilish and Lana Del Rey in between Nirvana and Linkin Park. Where do you feel you fit into the current spectrum?

Chives: My brother, Maxwell Denari, puts it really well, we are a sonically expansive band. Fitting categories like Psych and Punk whilst simultaneously breaking beyond those designations. We’ve proven we can a handful of styles already but keeping everyone on their toes is something I always strive to do. Really show them we are not able to be boxed in.

Current Chives bassist Trace Riddle mentioned one thing he loves about the group is that you can find a little bit of everything in Chives. And that’s true, my ears are always open! Making music is just like cooking with different spices you’ve tasted and acquired, only a sonic painting with new techniques/colors/textures. Not trying to fit any niche or standard. At the core of it, we are trying to annihilate that.

Kendra: With the holidays coming, many take time off. Will you be doing that and picking back up with touring and whatnot in 2020?

Chives: No rest really. A Village Mut Show 12/18 at Duke’s with Sleepy Gaucho, and kicking off the year 1/3 at LO-FI w/ Boa. We do have our second round of the MOKB Battle of The Bands 1/22 at HI-FI as well so definitely show out for that, there is a lot on the line! Very helpful resources to forward the vision, give us further reach and provide more music! Your attendance and vote helps make this dream a reality. 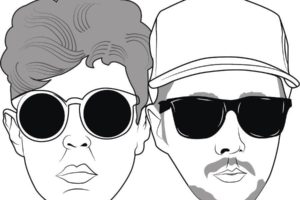 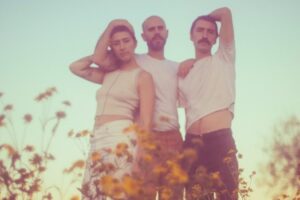 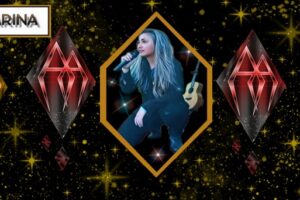