CVC with a Glass of Whiskey

CVC with a Glass of Whiskey

With a burst of energy behind them, South Wales’ CVC is buzzing and elated to share their new album, ‘Get Real.’ The anticipation is there, but the wait is almost over because the new music will be available for all to hear on January 13th. We talked about following the critically acclaimed ‘Real to Reel,’ homemade sounds, and more in this back-and-forth exchange.

Kendra: When you released ‘Real to Reel’ and it became a critical darling, was there an air of pressure when it came time to work on new music?

CVC: Well the album ‘Get Real’ was recorded from the same sessions as the ‘Real to Reel EP,’ but naturally we kept some of the best tracks for the album, so we think ‘Get Real’ is a genuine step up from the EP. When we came to writing new material after that though, we had another massive surge of creativity, most probably prompted by the excitement of wanting to make a really top-drawer follow-up album, which is already in the works and we’re all buzzing about!

Kendra: For your 2023 release, ‘Get Real,’ you utilized some of my favorite things as someone who loves to be in the kitchen, pots, and pans. With that, what homemade dish would you say would best compliment a ‘Get Real’ listening session and why?

CVC: I would probably say a mix mezze sharing platter would be the perfect dish to accompany ‘Get Real’ because the album is filled with all sorts of sounds, genres, and styles of music, twists and turns, some sweet, some sour, some loud, some quiet, some warm and some cold. All washed down with a nice bottle of Italian red from lead singer Francesco’s hometown of Bardi, Northern Italy, and a shot of Welsh Penderyn Whiskey to keep you on your toes.

Kendra: You noted that while working on “Good Morning Vietnam” a lot of people around you were all about that hookup culture, but do you feel like after the solitude felt in recent years people may want to find a real connection moving forward?

CVC: I’d imagine so for sure. Luckily for us we had something to focus on as a band and ended up making the most of the solitude by recording ‘Get Real,’ but we were craving the live/intimate side of things like playing and meeting new people on the road. Ever since we started playing again after the lockdowns, it seemed that people were keener on making the most of the chance to get out and see a gig, or just mingle in general, whether that be in a romantic way or just having a pint with friends.

Kendra: To me, there is a huge difference between someone who can make a song sound great on a record and those who can bring it to life on stage. As a band that’s been applauded for both aspects, I’d love to know if you had any musicians you watched growing up that inspired how you take the stage?

CVC: I always loved the way James Brown would be directing his band on stage and changing song structures on the fly and things like that, which always blew me away, and I’m guilty of throwing a curveball to the band when they’re least expecting it, but they always bat it back in true CVC style.

Our live shows are also always full of energy probably owing to us being brought up watching live DVDs of bands like RHCP, Nirvana, and Rage Against The Machine.

CVC: Yeah, our collective resolution is for Francesco to turn on his email notifications so that he never misses any important information like our first US interview for example!!!!

Other things being just to be a tighter band, musically and personally, and to keep the faith in ourselves.

Kendra: Lastly, with ‘Get Real,’ out on January 13th, what lies ahead for you?

CVC: We’ve also got two US tours and a headline UK tour in the diary, as well as recording our second album, and a long list of festival shows! Hopefully, we’ll see you there! 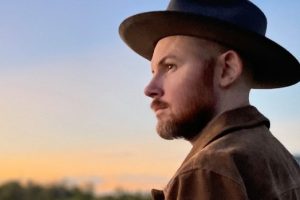 Since the ‘80s video games have been the foundation for[...] 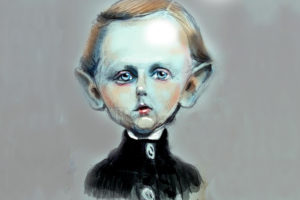 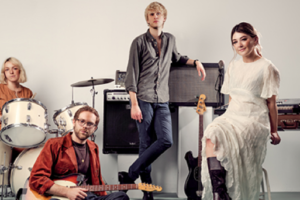 Photo Credit: Aaron Lee It feels like years have passed[...]