Dyan G: The Slice of Life

Dyan G: The Slice of Life

When your father is a DJ, no one is shocked when you pick up a thing or two about music. Dyan G explains, “My father was a DJ in Acapulco in the golden age, in the ‘70s and ‘80s when the jet-set visited Mexico every weekend, therefore I grew up listening to all the disco music and what was playing on the Billboard Chart,” adding “I started singing at about nine years old in singing competitions as in the school choir and it was until I was 12-13 years old that I started playing guitar. I started my first band at the age of 14 and from there, there was no going back.”

With a passion for music in her blood and a childhood surrounded by the sounds of everyone from Michael Jackson to Diana Ross in the air, Dyan G knew what she was meant to do in this world. Today, she not only has her own label, but a new single that was destined to brighten anyone’s day. We talked about DiGold, “Naranja,” and more in this back and forth exchange…

Kendra: While “Naranja” is your first single of the year, it’s your 10th since heading down this musical path. What growth have you seen in yourself as a songwriter and performer from your first to your most recent release?

Dyan G: A lot of growth. In music I wanted to do more R&B, a genre that is not well known or explored in Mexico, which took me more work to position, but the sound has evolved to electronic pop to date. As a composer I was able to leave many personal issues behind, I tried to reflect on what I experienced in my love relationships and I already left that behind. I want to be a more complete artist and I am in the process of exploring more social issues. The biggest growth I have seen is in music videos, from the first video to the most recent which was “Daño (Remix)” I feel much more comfortable and loose.

Kendra: Would you say your overall style is comparable to that of a naranja, or rather an orange? Vibrant and filling?

Dyan G: The style, in general, is very “Orange;” vibrant, juicy, sweet, and sunny…as if you were on the beach just drinking orange juice and it makes you want to dance, run or exercise while listening to the music. There are some past songs like “Único”, “Mirame (Sexy crush)” and “Tan Real” that feel like this.

Kendra: The song is just that – vibrant from start to finish – and that most definitely helps push its positive message. Was this song inspired by the negativity that has come from the past year?

Dyan G: Yes, but for me, it was like half a year before the pandemic, I had just finished a relationship of three years, which did not work and I was in a depression that had no end, until I made the songs of “Te Descubrí” and “Daño,” I was able to get out what was hurting me. Hence the lyrics of “Naranja” and those spirits of wanting to get ahead, I was practically cheering myself on to be better and to be able to spread that energy to others.

Kendra: Can you tell us more about your label, DiGold? When did you start that and what are your plans for it in the coming months?

Dyan G: It started precisely in the pandemic. I have worked for years with producers, beatmakers, musicians, and marketers, so I have the idea of making a music label to be able to join forces and thus help other artists start their careers. We are just preparing some live shows for the next few months to publicize the projects of the port of Acapulco, Guerrero, and continue promoting new music. Apart from Dyan G, this is my new baby.

Dyan G: We have music ready to launch, the next single is called “Pa la Playa” which is a Latin pop song that we have saved for a few months because we are hoping that it will be safer to travel and just go to the beach to relax. With the vaccines, we hope that everything will return to “normal” since we want to do events with the public but as long as it is safe for everyone. We also plan to make several music videos although they are more homemade to avoid productions with a lot of people. 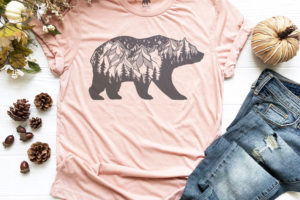 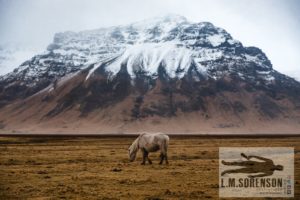 L.M. Sorenson: Moving with the Flash

L.M. Sorenson is a fellow freelancer who knows all too[...] 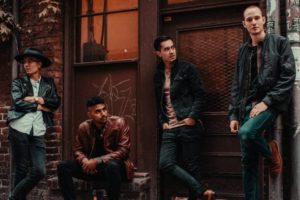