Looking back, Dylyn was stuck in what she referred to as a “daze.” She noted of that time in her life, “I just got used to what I was doing and thought it was the path I was meant to follow. I went through a lot of shit in my personal life – it made me realize that I had to go back to my roots to find myself again and find the reason why I had become an artist in the first place.”

Now out of it, she’s back with a new single entitled “Mimosa.” We chatted a lot about that, if there’s other new music on the way and much, much more!

Kendra: When you got back to reality, did you immediately pick up a pen and start writing?

Dylyn: At one of my last shows on tour I ended up meeting a producer named Colin Munroe. I explained to him that I wanted to get back to the basics and dive into the music that was true to me. I started off with putting together 100 songs that spoke to me alongside visuals that I identified with. We then began the process of narrowing down the songs and visuals and saw how they worked together. For the first few weeks no writing was happening, it was almost like the journey back to my true self. From there it really started to fall into place..

Kendra: Was “Mimosa” the first song you penned after the haze had been lifted?

Dylyn: Mimosa was actually one of the last songs we ended up writing together. You can’t really plan out what will come of each writing session. At the time I had been struggling with anxiety and realized it would make sense to write about it. I think I needed to write other songs before digging deep and finding the courage to write about it.

Kendra: This single deals with an issue I think is a growing epidemic of sorts for this generation, anxiety. Why do you think we’re such an anxious bunch?

Dylyn: Our generation has the tools to reach any information they want on the internet. This is a blessing and a curse. For people that have social anxiety, social media can be a good form of expression. Although it can begin to form bad habits. We end up becoming too glued to our phone – we lose the need to interact in person. With so much information out there it can be overwhelming, it starts raising these invisible standards because as humans we naturally compare ourselves to others. I don’t have the answers as to why we are so anxious, just that we are.

Kendra: Other than music, what else helps relieve some stress from your own life?

Dylyn: I always like to get a good sweat in. If it’s a pick-up hockey game or a quick 20 minutes on the stair master – it always helps me clear my mind. It definitely helps me get into a better mood and mindset. Some days I like to paint with acrylics on canvas, I’m not very good but it’s really therapeutic. It brings me peace and I feel artistically satisfied.

Kendra: Lightening things up, “Mimosa” made my head think of brunch. So when you head out for that sort of middle of the road meal, what are you ordering? Do you have any special brunch spots you love to hit up?

Dylyn: If I’m at home and cooking (which makes it quite limited) I usually go with the classic protein, carb and veggies – nothing too fancy. When I’m out that’s a different story. In LA I used to live at Sugarfish, I like the simplicity they bring to the table. The rice is warm and the fish is super fresh. They use light weight oils to really compliment their fish without drowning it in thick sauce. (Now you’re making me hungry…)Kendra: Back to the music, what’s coming up for you? More singles, an EP, LP?

Dylyn: I have a bunch of songs in the mix that I am really proud of but as of right now I will be releasing a song every month. So excited for you to hear the next one.

Kendra: What about shows? Can people see you anywhere soon?

Dylyn: I know we have a few shows coming up in April but as of right now we are still promoting the single. I think it’s important to get a few more songs out there so people get a real sense of who I am as an artist. Touring is one of my favorite things to do so I can promise you there will be shows coming up!

Dylyn: This is a collage I just made. There’s a fine line between the dark and light, the order and chaos. In my experience it is the darkest of times we truly find the light and answers inside of us. It’s all about getting to know yourself through those times that makes you grow. 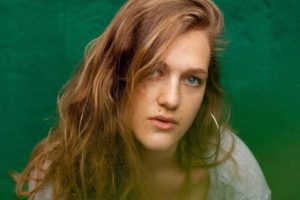 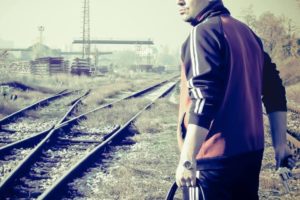 All Crossroads Lead to Calligraphist

Taking the poetry that develops during a spoken word performance[...] 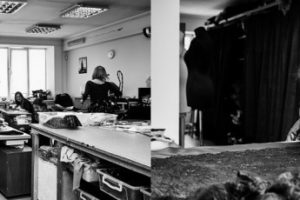