It’s hard to imagine a world without YouTube. No longer are we glued to MTV waiting for a favorite video or bound to reality shows to find the next up and coming singer whose only performance credits for a long time was their bedroom.

Today, some of the biggest names in music got their start thanks to uploading a video on YouTube. From Justin Bieber to Shawn Mendes to Elise Lieberth. She started back in the earlier days of the streaming site and has since amassed well over 25k dedicated subscribers.

While she took a break to focus on her family, she came back in full force, went viral on Tik Tok, and proved she still had it in her to be invincible. Which just so happens to be the name of her third album dropping at the end of this week. It was on the table as we talked about music, parenthood, and more with the one and only Elise Lieberth.

Kendra: For many musicians, yourself included, music was an escape and in many ways a saving grace. Was there a particular artist, song, or album that opened that door for you?

Elise Lieberth: “Somewhere Over the Rainbow” was one of the first songs I ever learned as a child that I felt like I could relate to. Just imagining that somewhere, out in this great big world, there was beauty and happiness. It was fun to imagine what life could be like!

Kendra: When people started to stream music, many thought the industry was dead but then came the YouTube generation. How does it feel to be a part of that wave of talent that sort of brought the DIY idea of music to the forefront?

Elise Lieberth: It’s really quite neat to look back on and to think about how much things have changed in the music industry and YouTube world since my first video! My first video was a live version of Carrie Underwood’s song “Undo It.” I don’t think I ever realized how putting covers out on the internet would allow so many people to hear my low budget original songs! The way YouTube has allowed musicians like myself to be heard and in some cases make a living is amazing! The fact that musicians no longer need to be signed to a label or have to fit this cookie-cutter outer image is a truly beautiful thing!

Kendra: Now you’re on your third album after a bit of a break. Were you writing at all during that time or did you put it all on the back burner until the time felt right to get back to it?

Elise Lieberth: I have written bits and pieces of songs over the years but could not seem to finish anything. I draw most of my inspiration from sadness and the last several years have been fairly positive and happy, so I blame my happiness on my writer’s block.

Kendra: What did working with Rachel James bring out in you on this record that perhaps wasn’t on your last two albums?

Elise Lieberth: I generally write from a very literal perspective. My first albums consist of songs that pretty much depict verbatim that time or relationship in my life. With this album, Rachel helped me broaden the relatability of the songs by taking out some of the literal lyrics and adding lyrics that are more relatable on a larger scale. It was fun to see that I could love a song even if what we wrote about wasn’t exactly what happened in my life or that relationship. It pushed me out a huge comfort zone and that is where the good stuff happens!

Kendra: On top of being a musician, you’re a mother to a teenager no less. As someone who grew up in a single-parent household to a mother who had her first child at 15, I know how hard it must’ve been for you. Do you feel there’s no better driving force in someone’s life than their children?

Elise Lieberth: Absolutely!!! My children are the reason for everything I do!! They are the reason that I decided to pursue music again. I want them to see that you can do the things that make you happy in life and embrace the talents that you are designed to use on top of maintaining a healthy marriage and raising kids. I want to make them proud. I want to leave a legacy and show them that they can do hard things and to never give up!

Kendra: Today you have a teenager yourself. Do you feel that keeps you as I like to say “hip with the kids?” Because let me tell you, at 32…sometimes I’m often confused by the new artists and trends popping up.

Elise Lieberth: Hahaha! Oh my goodness, no! The eye rolls I give to my teens and get in return are a clear sign that I’m not hip in their eyes! From the music they blast in my car to the lingo they use…such as “Bet,” I’m usually so dumbfounded and confused! I always thought I’d be the cool young mom that my teens and their friends would adore and that they’d think I’m cool, but, that is not the case…and frankly, I’m ok with it!

Kendra: Speaking of trends, your daughter got you in a Tik Tok video that went viral in less than a week. Were you surprised by that?

Elise Lieberth: Well, I think it’s important for you to know that it was because of my cover song that had already gone viral on Tik Tok that the video with my daughter and her friends went viral. Haha! I think we were both surprised by it, but honestly, she was more in shock and even a little annoyed that so many people were using my song in their Tik Tok!

It was kinda funny, I kept telling her that she and I should do a video together before her friend suggested it and she did not want me on her TikTok channel. It wasn’t until her friend Jaydyn was excited about having me participate in a video with them she even said, “Tayler, your mom’s about to make us TikTok famous.” That’s when Tayler finally started to come around. It was so fun to watch her shocked face more than anything as our TikTok views continued to climb! I felt kinda hip with the times for a hot minute!

Kendra: With the new album out at the end of January, what else is on the plate for the first part of 2020?

Elise Lieberth: I’m headlining my album release at The Soiled Dove in Denver on Jan 31st! It’s a great venue and it has been a dream of mine to be able to play there for quite some time! I released my single “Forgive” Jan 10th and released a video shortly after that! I’m hoping the show at the Soiled Dove is the first of many incredible Colorado venues that I get to play in 2020! 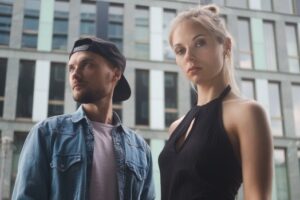 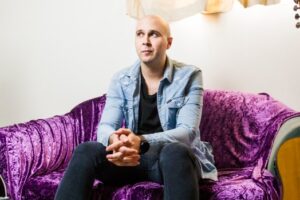 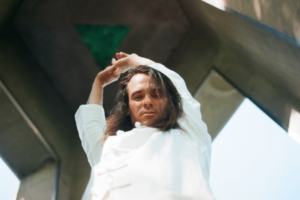 From birth, we are labeled with pink or blue and[...]