Emily Keener started her journey as an Americana darling but has since evolved into a mature indie-folk force to be reckoned with. Not afraid to wear it all on her sleeve, she is baring her soul and then some on her May 22nd release, ‘I Do Not Have to Be Good.’ We talked about her changing up styles, the new album, and more in what is our second back and forth.

Kendra: Last time we talked it was 2017. ‘Breakfast’ was out and topics like your time on ‘The Voice’ were on the table. It’s been three years, how’ve you been?

Emily Keener: To me, 2017 feels like a lifetime ago. I’ve been doing well and putting a lot of focus into the creation of the record I’m releasing in May. As soon as I released ‘Breakfast,’ I was in the studio working on demos for this new project. It was a challenging process with many twists and turns, but well worth it.

Kendra: Since then you’ve changed your style and overall sound. You’ve done away with the Americana girl next door and have replaced her with a more mature indie-folk woman who isn’t afraid to let her various moods shine bright. Were there personal highs and lows that came with that transition over the past few years that led to this artistic transition?

Emily Keener: Absolutely. My songwriting has always been my way of expressing what’s going on in my innermost world, so I think the music deepened with me as I matured and began to navigate more complex experiences. I feel most authentic when I’m able to articulate my emotions through lyrics. I like my style and sound to reflect that openness, even if it’s uncomfortable for me sometimes. When I’m on stage and when I’m recording, I want to bring everything to the table and embrace the full depth of feelings. That’s the most meaningful approach for me.

Kendra: It’s not uncommon for artists to switch gears in terms of genre. P!nk was rapping when I was in middle school and now’s a mainstream pop artist. Then you have Madonna who has adopted so many styles, she’s almost run out at this point. So for you to go from Americana to indie folk, it’s not unheard of, but like Madonna – do you think you’ll continue to try your hand at new genres as you evolve and grow with each passing year?

Emily Keener: Yes, and I look forward to experimenting in this way! I don’t restrict myself to any one vein of music as a listener, so I don’t plan to restrict myself as a creator either. Whether or not I’ll be able to genre-cross in an artful way is yet to be determined, but I’ll try my hand at anything. Honestly, when judgment is set aside, even terrible attempts can be really fun.

Kendra: Your last couple of releases had what they say, a lot of cooks in the kitchen. So there were a lot of hands doing this and that, that wasn’t necessarily yours. Now, you seem to be the head chef on ‘I Do Not Have to Be Good.’ Would you say this album is your independence day in a way?

Emily Keener: This album was the first time I really stepped into the light and started making production decisions. On previous projects, I was still so green and my focus was more centered on learning from the creators around me. Those experiences helped me understand the recording process, and how to use the studio as an instrument. I started to feel comfortable enough to voice my ideas and explore new avenues. Dalton Brand and I co-produced the record, and he gave me a lot of breathing room to experiment. His production choices elevated mine, and vice versa. I feel good about the direction that we moved in and even better about being in the driver’s seat this time.

Kendra: Again, you’re not one to shy away from darker content, but has there ever a time you a song has come to mind and you thought…okay, maybe that’s a little too dark, pitch-black even?

Emily Keener: I hardly ever shy away from an idea, no matter how dark it is. Writing is my catharsis for difficult emotions, so I don’t usually stop myself. Whether or not I finish the song and perform it is another thing entirely. There are a few tunes I’ve set aside because they feel overly-dramatic. Going back and listening to those one’s kind of feels like flipping through an old diary. I’ll give it a “yikes, girl. Chill.” and then move on.

Kendra: Let’s talk about “Boats” and the idea of these treasured relationships we all have. I think now, more than ever, we’re realizing how important the people in our lives are due to not being able to see them like we used to. How much does this song mean to you now amidst all the craziest we’re dealing with right now?

Emily Keener: Releasing “Boats” feels more topical and meaningful than I had expected it to. Obviously, our new world situation kind of came out of the blue. Relationships of all kinds are being tested, and I know a lot of us are reevaluating the connections in our lives. The people that really matter to us, the things we may have taken for granted, the love we value the most. This has been on my mind and heart a lot. My hope is that the song can be a comforting reminder that even when we’re apart, we can still find ways to express love and appreciation for each other.

Emily Keener: Originally, the plan was to do some touring to support the record. That’s off the table now, so I’m trying to stay focused on the present and find other ways to connect. Even short-term plans feel strange to make, so it’s a day by day game.

These days I’ve been enjoying “In Another Life” by Sandro Perri. There’s a pared-down 5-minute version, and an unedited 24-minute version that feels like a little universe you can meditate on and get lost in. It’s dreamy and expansive; something about it has been lifting my spirits lately. 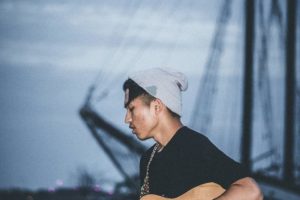 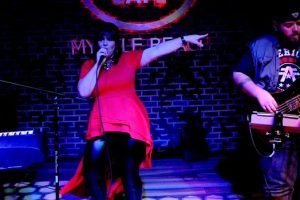 The past few years have pushed many to explore their[...] 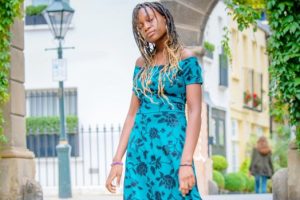