Everyone has a random fact or two tucked away in the back of their head, and one of my many is that Outkast’s Andre 3000 used to jog and rap to train himself to deliver those high octane lines. That came to mind today going over what Emma Negrete did back in the day to do just the same. Only she wasn’t on a track, but rather in the pool. That’s where our back and forth started with this talented singer, and along the way, we headed to China, got lost in translation, and even dove into some of the greats of the ‘90s.

Kendra: Your road to music was filled with choirs and whatnot, a path many musicians have traveled but your interest in opera stood out to me. What made you take an interest in that back in high school and what lessons from those studies do you feel have helped you in recent years when it comes to writing and performing?

Emma Negrete: I always knew I would eventually be on my own where I would have to take control of my path and I wanted to do anything and everything to completely master my craft. Not only did I study classically, but I joined the swim team at my high school to get my diaphragm in the most physical shape possible as it is the motor to the human voice. That included waking up every morning at 4 AM, showing up to practice still warm from my bed, and jumping in a freezing, cold pool.

I am just one of those weirdos that likes to put myself in extreme discomfort for the long-term goal and I did see rapid growth in my breath control with singing. I found quite a bit of enjoyment in opera because it was a constant challenge. I’m very much of a perfectionist and had a bit of a competitive bug in me and opera allowed me to mark my improvement. That was the only way at the time I knew how I could one up myself with learning new areas of learning to sing in a new language for example. I’ve always had such a fascination for other cultures and languages and opera was the perfect outlet for that. Discipline doesn’t come naturally for me and that is something I have to be hyperactive about.

My road was very “straight-ahead” for many years and all I knew was structure that was laid out for me. I felt a lot of trouble in creating and breaking outside of the grid after leaving music school and struggled quite a bit to find balance. In my mind, the music I always wanted to do seemed laid back but it didn’t click for me until recent years that there would need to be discipline in everything I do. Learning to dissect music through classical training helped me to do the same with songwriting and performing.

Kendra: Your debut EP was inspired a lot by a year you spent abroad in China. What led you to take that leap and choose that country?

Emma Negrete: I was actually in a very dark spell of my life and I was in no position to say no to any opportunity even if it meant moving across the world and leaving literally everything familiar to perform in China. One of my former Chinese classmates knew of a few big EDM nightclubs looking for a resident singer and had offered me the job, which was the biggest glimmer of hope that everything was going to be okay. I expected it to change my life but definitely not in the way that it actually did and I wouldn’t choose any other path than the one I’ve been dealt.

At the time, China wasn’t the number one travel destination for me but it quickly became one of my favorite countries, showed me how every culture has so much beauty, and most importantly humbled me by showing me the discipline and pressure the average Chinese person experiences every single day. It showed me how spiritual a good work ethic can be and how it can lead you to freedom and go wherever you want.

Kendra: The cover art for ‘Lost in Translation’ is one of the best I’ve seen in a long time. You sitting with a bowl of noodles, but the noodles are cassette tape. It made me wonder if you had to compare your EP with a bowl of Pho, what flavors and aromas would you say would be present?

Emma Negrete: Thank you for your kind words! For me it would actually taste and smell like a bowl of Pho because the message of the songs is self-love, acknowledging the dark then, coming to a feeling of safety. So I like the idea of the Pho being a homey, warm comfort kind of food. I had titled the concept “Soul Food” playing off the idea of music feeding the spiritual being and higher self.

Kendra: What I like about your single, “Lost in Translation,” is that while it’s a very universal idea – you also made it personal with little details from your time overseas. Do you believe that two people who were right for one another but met at the wrong time can find each other down the line in life and make it work?

Emma Negrete: Yes, I did purposely choose to make it very universal and simple because I felt that it was something that people from every language could digest and find some common ground with. Depending on the health conditions of the relationship, I do believe that two willing people can grow apart to grow back together. Although, there are parts of me that believe that if it was meant to work out, it would have. BUT I am a romantic and think that sometimes people need to be selfish and live their life, learn to love themself unconditionally before they can try to do that for someone else. And if they can meet up at the right timing and they still light you up and make your life better later down the line then it’s definitely possible.

Kendra: When it comes to your style, it’s a new, modern take on what a singer-songwriter is. Back in the ‘90s musicians like Alanis Morissette and Paula Cole came at you with guitars and very what I call Lilith Fair vibes. Some 30 years later artists like yourself and Olivia Rodrigo are bringing such a soulful layer to the genre. What do you attest to this evolution of the style that your generation is bringing to the table?

Emma Negrete: I feel like this generation is bringing a more articulate, spiritual, personal storytelling, and a layer of self-awareness to the soulful genre. I feel like it can be rare to hear the two co-existing.

Kendra: Time for a quick game of Duet, Cover, Tour With in which you choose which artist to duet with in the studio, cover on your own, and hit the road with when it comes to Stevie Wonder, Stevie Nicks, and Beyonce. So what are your picks?

Emma Negrete: These are all artists I highly respect and admire. I wouldn’t necessarily want to collaborate with them because I think they are so perfect on their own, but given the chance, I would love to do a duet and without a doubt go on the road with all three of them…Although, my dream collaboration as of right now would be with French Kiwi Juice, Chance the Rapper, &/or Noname and because I think they are very complementary to what I do best and they both bring elements to the table that I don’t.

Emma Negrete: I plan to release my debut EP called ‘Algorithms’ along with a few music videos in this upcoming month of March! I will also be doing some live stream performances with a few songs from the EP so be sure to keep an eye out for those. As well as the release of my full LP album ‘For The Mo(u)rning People’ later in 2021. 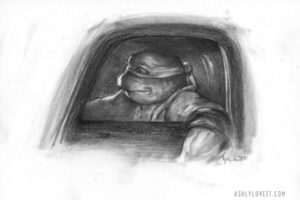 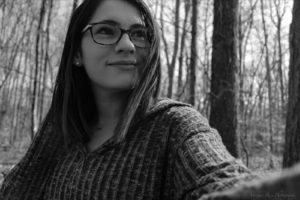 An upgrade to Morgan Rose‘s camera situation one Christmas turned[...] 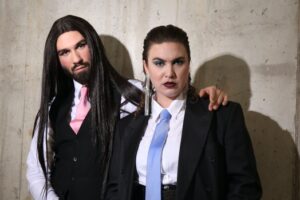 It’s been almost five years since Kat Knix and Plushy[...]