In Technicolor with Fleur Electra

In Technicolor with Fleur Electra

Visiting one’s hometown after some time is a pretty wild experience. I feel more and more like an outsider whenever we reach my childhood exit. So it was no surprise that I connected with “Lucky Penny” from Fleur Electra as she spun her tales of a similar visit into a song that honestly, left me in a trance. This is why I was thrilled to learn that not too long before the word you’re reading right now were out, she would be back with even more new music. So not only can you read more about the thematics of Fleur Electra and what’s to come, but also check out her latest, “Get to My Head.”

Kendra: Is there anything you wrote in your younger years when you initially started songwriting that will be found on your upcoming album, ‘In Technicolor?’

Fleur Electra: I like to think that in all of the music I write now, there are bits and pieces of my younger self found within it. My writing style has consistently been pretty introspective, and with this new album, that especially holds true.

Kendra: What sort of topics or themes inspired you to write then, and are they more or less the same today?

Fleur Electra: When growing up, I always loved the idea of nostalgia going hand in hand with the music, and I still feel the same. Self-discovery, contemplation, and a more coming-of-age theme tend to be something I’m drawn to when writing, and generally ties with the themes of nostalgia. I think in that sense there can be a lot of similarities found. I’ve always loved to try to create an atmosphere with my music that allows listeners to feel something mood-altering and maybe unexpected.

Kendra: Now let’s talk about what you’ve got going on today. Your debut, “Lucky Penny” dropped at the end of 2021, and explored a fear I think many have and that’s independence
and the beauty of dreaming. Where were you at in life when you started writing this and was it more or less a cathartic experience working on this one?

Fleur Electra: ‘Cathartic’ is definitely a word I’d use to describe the writing process of “Lucky Penny”. When I first started writing the song, I had just visited home for the first time in a while and was coming to terms with a lot of internal shifts that had occurred over the previous year (2020), as I’m sure many can relate to. It had me contemplating who I was before, who I am now, and how to move forward. Writing this song was a pivotal moment for me because it essentially brought me out of a writing rut and got the ball rolling for the rest of the album.

Kendra: You worked alongside Matt Snell on this song. Are you working with him on the rest of ‘In Technicolor?’

Fleur Electra: All the songs on ‘In Technicolor’ were produced by Matt Snell and me. He was such a big part in bringing the songs on the album to life. He is incredibly talented, and I’m lucky to have had him on board. I definitely consider this project to be a team effort between the two of us.

Kendra: You two produced this track, and you also played a part in the behind the scenes on the video for “Lucky Penny.” Are you a self-taught dynamo in all these creative aspects?

Fleur Electra: In both music and video producing I was self-taught, and it was so much fun. Growing up I enjoyed video creating and editing almost as much as I enjoyed writing music. Through the years it’s been a creative outlet for me, and it makes me so happy to be able to do both in my new creative projects!

Fleur Electra: Musically, this month I would like to really dive into producing new music that I would consider out of my comfort zone. In general, my goal for this month (and year – and forever) is to try and relax and let go. Luckily, I think both of those things also help a lot with everything creative!

Kendra: With ‘In Technicolor’ out in 2022, what else can fans – both new and old – expect from you in the first part of the new year?

Fleur Electra: I’m so excited for what I have planned this year. I’m really proud of the album I’m about to release, and I can’t believe it’s finally going to be out in the world for anyone to listen to. I also have a lot of visual content to look forward to, and hopefully live music on the way as well! Many new and exciting things in the future, and I’m really looking forward to it. 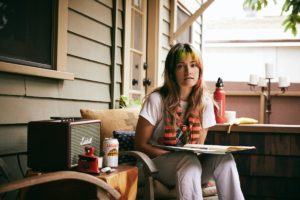 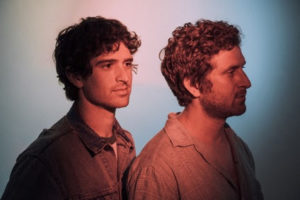 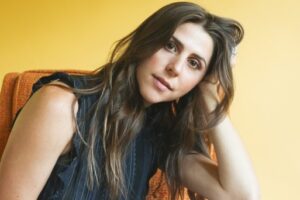