Flores: Digging Up the American Dirt

Flores: Digging Up the American Dirt

Music is always a given in interviews with those who create it, but in a time where our government wants to misconstrue history and is just, in lamest terms – a hot mess, you have to dive into the depth of it all. I was more than thrilled to digest all your next favorite R&B singer, Flores, had to say about the aforementioned. We also got into the pressures of social media on musicians, as well as new singles, “Sangre” and “American Dirt” in this eye opening exchange. Also, if you’re in the Austin area on March 14th make sure to check out Flores at the Soundcloud Next Wav Showcase at Mohawk for her SXSW debut. RSVP here, and continue to read below.

Kendra: Where did your musical journey begin? Was it a video, a song, an album?

Flores: My musical journey began when I was a young girl. We used to listen to lots of traditional Mexican corridos and mariachis, boleros. I would hear these big voices and be so inspired by how beautiful their abilities were. I do remember the most pivotal shift in the music I wanted to make, was when I first discovered Lauryn Hill’s The Miseducation of Lauryn Hill. It was such an incredible album, I knew this is the kind of music I want to make.

Kendra: I grew up near a reservation, one my best friend happens to be from, and what I loved about that was the annual pow wows. The dancing, the music, the food. Knowing you grew up within the Tigua Indian Reservation, I’d like to know more about your connection with traditional foods. With that, if you had to compare your artistic aesthetic to a traditional dish, what would it be and why?

Flores: I think if I were to tie a dish to my aesthetic, because I was raised in between an area that is both Indigenous and inherently Mexican – it would be tamales. They are an old traditional food passed down to us, specifically by the women in my family. We spend hours together as a family to make this special food, just to split the wealth and share it amongst all those who helped. I feel my music is a labor of love in the same way, a time consuming effort that I want to share with all those who wish to be a part of my message. In a way, it feels like giving back, but we are all enjoying the fruits of the labor.

Kendra: Speaking of your artististic aesthetic, you’ve noted that you love Lauryn Hill just as much as Rage Against the Machine and listening to you – that makes all the sense in the world. You’ve got this beautiful R&B sound but aren’t afraid to say what needs to be said about the real world. Do you feel artists limit themselves when they only embrace one genre in their playlists?

Flores: I mean, if it’s their personal music, why limit yourself? I really can’t speak for anyone but myself. I know that through my own experience in the music industry, there’s boxes that you need to fit into. Molds that worked before, that they are constantly trying to recreate and win big. I feel like artists today sometimes may feel the pressures of having to be more like content creators, social media experts, and too concerned with data, stats, virality, etc. I feel like, if anyone has limited us, it’s the industry itself that demands an ROI over the individuality, complexity, mystery, and the risk of investing in people who are different.

Kendra: It’s not all because of the music though. I’d love to shout out your mother who is a leading activist herself. I always want to praise single mothers, being raised by one myself. So she may not be a musician, but how has your mother’s drive pushed you creatively?

Flores: My mother wasn’t too happy initially that I wanted to pursue music. I feel she worried quite a bit about the industry itself for young women. Which I certainly don’t blame her for. However, she has inspired me deeply to never give up on something you truly believe in. Even when you may think it’s too late, or it’s too difficult. Belief in your vision is all that matters.

Kendra: I’m sure a lot as “Sangre” tackles life at the Mexican/American border, but I’d love to talk more about “American Dirt” because we all know the US history books may as well be fairy tales with how they like to leave out too much, and glamorize certain aspects (and people). And this song is about that mission to unlearn US history, which is such a huge topic right now with politicians fighting Critical Race Theory and banning books left and right. Why do you think our government is so scared of change in this regard?

Flores: Well that’s a really big question, one I don’t think I could answer entirely in an interview. I think to put it lightly, to bring change you need to know and admit there’s a problem. If the American institutions and red states, in the south particularly…refuse to acknoweldge their part in genocide and slavery. It is solely because they want nothing to change. It keeps a balance of power and subjugation. As we can look at how Germany, as a model, worked hard as a nation to undo their shameful past. The genocide of the Jewish people is a disgusting stain on European history and the Germans have worked hard in their education systems to unpack histories ugliest crimes. Why? So that it doesn’t happen again.

Kendra: From your mother to the music you grew up on, we’ve already pointed out that you are a force to be reckoned with and someone who is not scared of being vocal, and I think that’s something admirable about so many in music right now because I think back to the ‘90s with artists like Britney and Mariah, one controlled by her family and the other by a husband/record executive and how we watched them both sadly have very public meltdowns. Do you think this new generation of musicians being able to be more honest and in control of their message will in turn lead to less damaging effects on them in the long run?

Flores: I think that Mariah and Britney are part of an old music industry. Today’s industry in music has changed astronomically. Pressure at any success level like theirs is gonna be heavy. Fame is heavy and incredibly strange for humans to handle. I think less and less people will be as widely known and big as Britney was, that superstar Disney kid era has sort of ended. But, with social media brings this pseudo fame. Something going viral shows how someone’s life can go upside down overnight.

From seeing that with some artists I know, it’s heavy too. The constant having to be online sharing every single aspect of your life is hard, even for me. I think the part of controlling your message is also controlling your image to the listener. To create a sense of professionalism in your artistic persona and who you are on the low with your fame should be entirely different things. Yet, social media strips that autonomy away. Now it’s an expectation, not a privilege. I hope that in the long run, artists like myself who are independent, coming up in today’s industry with the never ending pressure to post, post, post, post, more, more, and more content, how do we navigate our private lives and our personas and still rise. Without feeling like we are sacrificing success, or fanbase, or opportunities.

Kendra: Now for a side now – with it being March, I’d love to know what song you feel lucky enough to have heard in your lifetime? Like, what’s a song you’re thankful has existed while you’ve been here?

Flores: I think I’m lucky to have heard “Como La Flor,” by Selena Quintanilla. I am so grateful to have been born in an era where she, being from two cultures, was given a platform. I’m grateful more-so as an artist who looks up to someone like her, to be raised in an era with someone whom I relate to and can look up to.

Kendra: Lastly, with a couple of singles out now – what can fans both new and old be on the lookout for from you in the coming months

Flores: I will be releasing an entire EP and releasing three more singles before the summer. Very excited to share the project in its entirety and my new music. 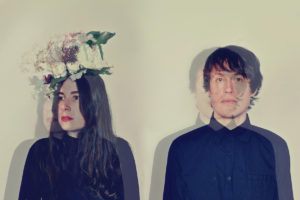 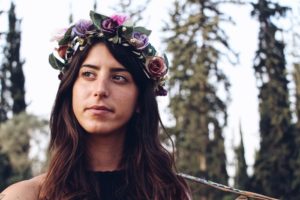 Processed with VSCO with a5 preset

When Israel native Dorin Yanni walked onto The Voice stage,[...] 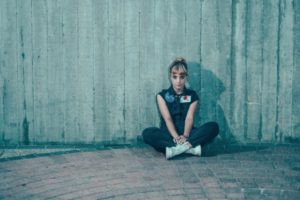