One of the best times for a band to tour is the summer. Younger fans are out of school and older ones are often times in a better mood because of the nice weather out. With that, many pack up and head out anywhere between June and September before the leaves start to turn – and Glass Mansions is one of them this season. Not on the road just yet, they’ll be kicking things off mid-August. Before you go and scramble to get a ticket – make sure to check out what their own Jayna Doyle had to say when it came to their current single “Matches,” what you can expect when you see them on stage, what member of the Suicide Squad they are life and so much more!

Kendra: You guys note your sound is like “Annie Lennox going steady with The Neighbourhood.” With that, if you could go steady with any artist’s talent/essence, who would it be and why?

Jayna Doyle: That’s a toss up, either Emily Haines from Metric’s effortless swag or Murph from The Wombats’ tongue in cheek writing.

Kendra: Let’s talk about a different kind of date, tour dates. You just announced your Burritour that’s starting up this August. You guys are no strangers to the stage, so what can fans expect when they head out to this?

Jayna: This will be our eleventh tour but our first time out on the road with our good friend Rodney joining us on drums. Every time we tour we try to make each show and each tour better than the last for people that come out. I guess you could say we’ve gone “all in” with our stage show at this point and stopped caring about what works and what doesn’t and just making sure that we’re creating a uniquely different live experience for each stop on the tour and that we’re making personal memories with each crowd each night.

Kendra: Going back for a second. You’ve played everywhere from SXSW to Warped over the years. They’re all great, but what’s the best part about hitting the road on your own?

Jayna: Seeing it all come together. We’re still a DIY band, booking all our own tours ourselves and likewise managing all the details; so, when we say our goodbyes and hit the road it’s finally time for us to enjoy all the previous month’s’ hard work in making our own little dream happen. The hard part is over once we hit the stage and the cherry on top is getting to meet new people each night that become friends.

Kendra: The tour kicks off a little while after Suicide Squad hits theaters. With that, what member of that do you think each of you would be and why?

Jayna: Amazing question. I would be Harley Quinn, no doubt – I can be very sweet and approachable but also a spitfire and more blunt than people expect sometimes. Patrick (guitar) would be El Diablo because while he does have a fiery attitude, he can also be a bit more reserved than the rest of us at times and ironically has this Devil tarot card shirt he wears constantly on tour. Blake (synth/guitar) is 100% the Joker because if he’s awake he’s making really bad, but sometimes good, dad jokes and puns. Rodney (drums) is easily Captain Boomerang because he’s always up to something and jumps/climbs on just about anything he can find when he’s not playing drums – plus he’s obsessed with his Tech Deck which would double as a boomerang.

Kendra: You’ll be playing quite a bit around home in South Carolina. Do fans show more love for you guys there?

Jayna: Our local shows in South Carolina can definitely get a bit rowdy and are always over-the-top fun. Our SC fans are so incredibly supportive of what we do and we always start/end our tours with Myrtle Beach, Charleston, Greenville, and of course Columbia, stops – each being little mini ‘going away’ or ‘homecoming’ parties with longtime fans that have become friends. I wouldn’t want to say that we’re shown more love in SC though, because we have felt that same love in many of the places we’ve played and that’s what keeps us on the road.

Kendra: No matter where you’ll be, everyone coming out will be hearing your new single, “Matches.” What about this song in particular made it “the one” to lead your upcoming release?

Jayna: It’s interesting because initially we were going to release a different single off the upcoming EP, but at the last minute changed our minds. We wanted to really hit the ground running with more tours and new material this year – so the fast-paced and almost throwback sound of our earlier stuff found in “Matches” made it the more obvious choice to lead with. This song is also so much fun to play live and we’ll most likely be starting our set with it.

Kendra: Speaking of, when can we expect that new album?

Jayna: Very soon! I feel like we’ve been saying that forever, and we have, but we really want to make sure that we’re challenging ourselves as songwriters and putting out the best possible music to our fans that we can possibly write. Behind closed doors and in secret studio sessions, we have a ton of new material ready to be released but now it’s a matter of finishing up the EP with the best possible track to complete it. We will be releasing another single, “Nightswimming,” before the release of the EP though so that’s very exciting.

Kendra: Other than “Matches,” what can expect to hear on it when it drops?

Jayna: I want to say maturity, but not in an adult “oh they’ve really grown up” kind of way – because we are still just a bunch of wild, passionate kids – but because I think our new material showcases a songwriting maturity we hadn’t really tapped into yet on our prior releases. I think we’re getting smarter when it comes to songwriting and we’re learning more and more each day and we’re really excited to share this new chapter with fans.

Jayna: Hitting the road on The Burritour, releasing our next single, releasing another music video, finishing up the EP and getting more content out to fans – we’ve also been flirting with the idea of a Fall acoustic tour. 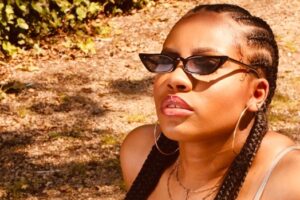 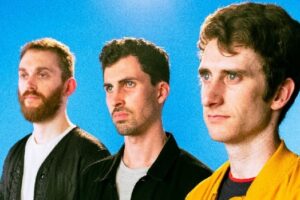 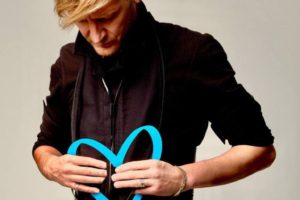