Whether it was his father’s records on a loop or a drumset in the corner of the room, Hawksley Workman grew up immersed in music. So much so that he started playing both the drums and guitar at the age of five. He remembers, “By 10 I was practicing obsessively and making plans to become a musician.”

We can’t all say that what we wanted at that age is what we’re doing as adults, but Hawksley Workman sure can. Today he is singer-songwriter who’s not only penned for others but himself, including his latest, “Lazy.” Soon enough he’ll be taking “Lazy” on the road this spring throughout Canada in late Spring, but before that – get to know more about Hawksley Workman as he talks about his March release Median Age Wasteland, lazy days, and more.

Kendra: Because you have written a good deal of songs for other artists. Were you a songwriter before a performer?

Hawksley Workman: I think I was probably a performer first. I did a lot of public speaking and singing in church all the way to first grade. I started songwriting when I was 12 or so. The songs were mostly terrible. I didn’t write anything worth listening to until I was about 23.

Kendra: You’ve got “Lazy” out right now. It’s this wonderful song with love sewn in between every line. Where were you emotionally when you wrote that?

Hawksley Workman: To be honest, it was during a dry January. I was writing this record in the wintery early morning at my studio in Montreal. I think I was feeling mostly safe, but still settling into a city I’d just moved to.

Kendra: Do you go to different places when you write for yourself versus when you’re writing for others?

Hawksley Workman: My songwriting “voice” is quite my own. I feel very comfortable using language in my songs that isn’t necessarily “cool.” Usually, I feel like I’ve got to turn off some of “isms” when writing for others. Not everybody wants to sing about making soup.

Kendra: It’s ironic you have “Lazy” because it seems like you never take a break. When you do have a day off, how do you spend a lazy day?

Hawksley Workman: Drinking wine and listening to records. I also like going to the gym, and cleaning the kitchen.

Kendra: From a songwriter’s perspective, if you had to sum up Median Age Wasteland in three words what would they be?

Kendra: Median Age Wasteland. A great title. If you could pinpoint that Wasteland on the map, where would that pin go?

Hawksley Workman: That spot on the map where you’ve lived long enough to have had your innocence eroded. That place where you’ve seen behind the curtain and recalculate your understanding of the magic contained within life. You either see more or less depending on the day.

Kendra: Perhaps one of the places you’ll be touring this spring? Is the setlist all ready to go? Do you toss covers into the mix ever?

Hawksley Workman: The set list is a moving target. I’ll drop bits of covers into my songs as I think of them onstage. Like, in Norway, I usually try and drop in “The Sun Always Shines on TV.”

Kendra: Other than the tour and album dropping in March, what does 2019 hold for you?

Hawksley Workman: Well, I’ve kind of got a second record done. Just finishing up mixing and improvised drum and guitar record I made with guitar genius Kevin Breit. I’ve also gotta get to Italy this year, or I’ll lose it. 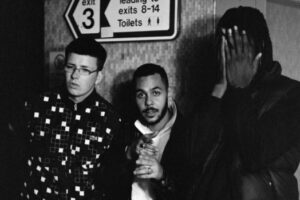 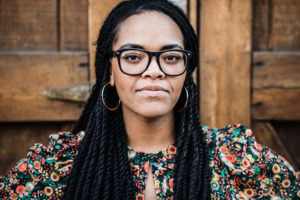 Photo Credit: Katrina Sorrentino Nothing can stop you when you’re[...] 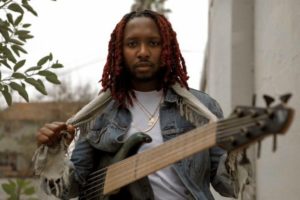 Photo Credit: Justin Brown Share an Uber at any time[...]