When life tosses lemons at Heather Prescott, she throws them aside because she doesn’t have time for lemonade. This DIY singer-songwriter is too busy making moves and working towards actual goals. And despite the hardships that have come from a myriad of directions as of late, she’s pushing through and giving it her all, and then some. Her latest single, “Grateful” just dropped and another will be here soon. She talked not only about those, but her 2021 EP, some setbacks, and more in this back and forth exchange.

Kendra: Your first single dropped back in 2019, but you’d been making music long before that. What initially got you interested in music? Was it a song, an album, a video, an artist?

Heather Prescott: The first time I sang a song was when my parents were driving to Philadelphia to probably visit family as my grandparents lived in South Philadelphia at the time, and they must have been having an argument. I was three years old at the time and I decided to sing En Vogue’s “Don’t Let Go.” I recall them stopping and looking at me in shock. I am not sure if that is what initially sparked my interest in music, but I do know that I have always loved to sing.

In grade school, I had my first solo performance aside from the usual class Christmas shows and Catholic School Christmas shows in kindergarten. I sang “A Whole New World” at six years old. After that, there was a nun named Sister Peter who had a rabbit and played the piano, who I thought of as a role model at that time, so I would join her and take piano lessons.

Kendra: Overall, your style is very eclectic, pulling a little bit from here, there, everywhere. Have you always been someone who finds joy in variety?

Heather Prescott: I have always been very curious and open to the world of music so my tastes are eclectic. My dad was into jazz and funk-soul music while my mom is very much into classical and theater music.

Kendra: Again, your first single dropped in 2019, and of course, 2020 was…a bit of a mess. Were you able to find time during that initial chaos to allow yourself to marinate as an artist and focus on what direction you wanted your next step to go? Because it was hard at times for many to do just that…

Heather Prescott: In 2019, I released my first single “Reverse Cowgirl.” I wrote the lyrics years prior when I left my seven-year toxic relationship, but my trusted friend Aaron Smith and I recorded them while he played guitar in his home using an HQN recorder.

I started investing in my solo career after that more professionally. I kept recording with other artists in the Baltimore DIY scene; however, I was never able to gain my own copy of what I left for them. Later in 2019, I was contacted by Starrmen Trackz via Instagram and we set to work on a project at MilkBoy Records, and release my EP but between Covid-19 and unfortunate events, i.e. being assaulted by my next-door neighbor and having been robbed by previous bandmates, I was never able to see the albums fruition or my investments pay off.

The good news is I learned the project I had paid for was not meant to come through because although my voice was there, I was missing. Up to that point, not just with that particular project but in the DIY scene in Baltimore, I had somehow allowed my lack of boundaries to give creative control away to others just because I was not loving myself. The truth was that I didn’t need anyone else to accomplish my goals; although, I was open to collaborating with Nardo Ranks (an amazing international actor/reggae star on a side note) and Legend Noel the manager at the time had taken full control. I understood that he had his views and his leg already established but it was my vision and my investment.

I recorded six out of the eight tracks and when I wanted to finish the masters my phone calls were never returned. I was devastated. Nevertheless, I wound up teaching myself how to engineer while collaborating remotely, trying to pitch songs for sync licensing with King Wizard from Underdog. I also was taking classes and coaching calls from industry people through VIP Ignite run by Michael Fomkin, Deneen White, and Alycia Kayback.

The rest of the songs I released with my EP in 2021 once I found my footing and left the city. So yes, I was able to marinate, rebuy studio equipment, and treat the business and myself accordingly.

Kendra: Last year you dropped your EP, ‘Queen of Discs – Coins & Pentacles.’ Where do you feel you drew most of your inspiration on that record from?

Heather Prescott: On my EP, ‘Queen of Discs – Coins & Pentacles,’ I had a lot of struggles to make peace with. I held on too tightly to past pain and I had to find a balance of just letting go of people, places, and things that were no longer serving my growth as well as my mindset of perfectionism. We never know what could happen since life is so short and not guaranteed, so Covid solitude and self-exploration is where the inspiration came from. I did overcome a lot of unnecessary events like breaking my left guitar arm and putting myself in situations that were not for my highest good.

Kendra: Perhaps the Baltimore scene, which you were a part of for some time. What elements make the Baltimore DIY scene special to you?

Heather Prescott: The Baltimore scene holds many highs and lows for me. What makes it special to me is how expressive, competitive, and eclectic the Baltimore art scene is with open mics, late-night dive bars, promoters, and a lovely LGBTQ scene.

Memories that I hold dear were spent at The Crown, Wind-up Space (the first stage in the city I performed on), Creative Labs, Aloha, The Depo, The Humpday Hideout Radio with Jesse in Parkville, Naughty Dogs in Bel Air, 4 Flights Up (jam band collective that was run by Scott Frias), The Holy Underground, The 8×10, etc.

Kendra: Side note – with February being right around the corner, I’m asking everyone to kindly share what they believe to be the best love song, as well as a little insight as to why they believe it’s the best…

Heather Prescott: The best love song for me is Michael Jackson’s “Earth Song” because he intrinsically touches all. The lyrics are meaningful, posing controversial questions that are still relevant today, the accompaniment is full, the vocals are everything not even going to debate, and every time I hear the song it moves me almost to tears.

Kendra: Lastly, you have an EP out now – but what can fans both new and old expect from you as we dive deeper into these first months of 2022?

Heather Prescott: “Grateful,” dropped January 11th, and “Band Off the Gram” is scheduled to release on February 1st. Both songs are vastly different being one is a slow song the other is a fast song. “Grateful” is stripped down to just acoustic guitar, and a violin accompaniment featuring Jen Ho. It has lovely melodic lines that adhere to classic ambient indie storytelling. While “Band Off the Gram,” is a more upbeat, indie dance that is commercially catchy with fun hooks that layer with the usage of my midi korg. The sound is happy and the genre is synthpop or Britpop.

In 2022, I plan to continue to maintain consistency in putting out music that overall aligns with my spirit that also inspires others to explore their individuality. 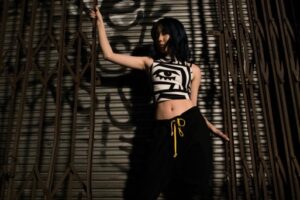 Step by Step with Demie Cao

It’s not shocking when a creative person excels in various[...] 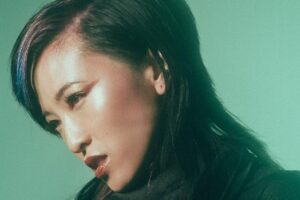 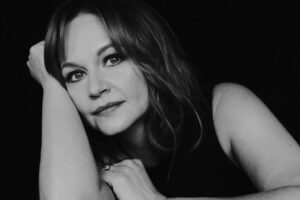