Two musicians named Sam wind up rooming together in college. It’s either the start of a joke or the beginning of Hello Stranger. It’s the latter and that’s great because I’m not one for joke telling in that formation. So yes, Sam Deffenbaugh and Sam Plotkin were forming a bond way before a move to LA and the music really for started but once they landed down here, they took to Craigslist to round things out. Which we’ll get to in a second because in case you’re not familiar, Craigslist can be quite the adventure…

Kendra: Moving to LA in search of a dream is one of the hardest and to me, most admirable things but it can be a nightmare. Do you feel like you’ve faced the worst LA has to offer or has this city treated you okay so far? Knock on wood.

Sam Deffenbaugh: We’ve been incredibly fortunate so far, by LA standards. We haven’t sold our entire discography to a Motown exec or had our gear stolen out of the van. But a lot of avoiding those pitfalls is a force of will and healthy skepticism. We’ve had gigs that could have fallen through and some offers from shady labels, but luckily, we’ve made everything work out.

Kendra: You’ve definitely had some luck because you hooked up with Daniel via…Craigslist. First of all, can you just let us know the weirdest response you got?

Sam Deffenbaugh: Craigslist has some interesting characters, for sure. Luckily we didn’t run into any really creepy people. However, we’ve had guys come in to audition an hour late, without knowing how to tune a guitar, and, inexplicably, Daniel ran into one bassist on Craigslist who kept a Flanger pedal on the amp next to him to use just for the chorus of every song. It made this huge jet engine sound over top of everything!

We also just found an awesome new guy named Doug from Craigslist. He’s a killer musician, so I guess Craigslist dates can really work out if the fates align!

Kendra: Now, what was it about these guys that just clicked? Was it the musicianship first and foremost or did your personalities just mesh well and that then inspired the music?

Sam Deffenbaugh: I’d credit our chemistry to self-selecting hardworking and friendly bandmates. The first night I jammed with Daniel, I remember being really impressed by how steady and intuitive his drumming is. He locks into the songs immediately and finds the perfect places to embellish. I already knew Sam to be an amazing musician. He’s actually a film composer so he brings a great deal of complexity to harmonies, arrangements, and production. And our newest guy, Doug, is a jazz-trained musician. He showed up to the first audition already knowing our entire catalog. He’s just got this brilliant ability to pick up songs that we’ve been playing as a trio for months now and complete them.

Kendra: Whatever it was, it worked and you all have Long Division out now. I was listening to the record and two songs stuck out; “I Don’t Speak for You” and “We Don’t Talk About Them.” What was going on when those were penned…what’s up with all the silencing of sorts via song?

Sam Deffenbaugh: It was kind of funny how that worked out. I had this back catalog of songs we were considering for the record and when we decided on those two, we realized the similar themes and titles. The lyrics for these songs came from quite different places, though. “I Don’t Speak for You” is based on a personal experience and addresses a dysfunctional group of friends with profound communication issues, whereas “We Don’t Talk About Them” was my attempt to write what I thought a horror story would sound like as a song. The theme of losing your voice reflected throughout Long Division is also inspired by our current political climate and the disenfranchisement of marginalized communities.

Kendra: We can’t leave without mentioning this line in particular from “Smiling in the Night.” You sing, “As you overdose on horoscopes…” Now I am one of those people who just can’t with horoscopes. Why do you feel there are some who believe with all their might that they mean something?

Sam Deffenbaugh: I’m with you, I can’t stand them! That lyric is a reference to one of many simple or comforting explanations people latch onto, rather than dealing with the complexity of life.

Kendra: What’s coming up for you guys? You’re in one of the busiest music cities in the country – are you playing regularly?

Sam Deffenbaugh: Our schedule will be updated on our website! We’ve got a lot of stuff coming up in the next few months. We’ve got a local gig on July 21st at Bareburger and a summer tour in August from San Diego to San Jose. We’re also working on a bunch of new songs for an upcoming record. Plus, we’ve got performance videos coming out for each of the songs on Long Division. 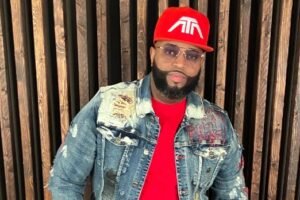 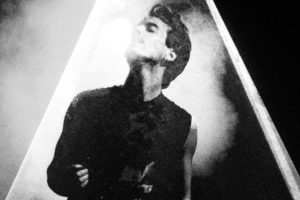 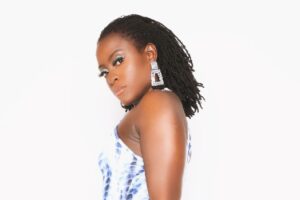