After making a name for themselves in the rock realm, Chris Turpin and Stephanie Jean decided it was time to evolve into something new. That something new being Ida Mae, an Americana infused duo that’s already a hit on the Billboard Charts with their latest release, Chasing Lights. We talked about the success, repping Americana in the UK, and so much more.

Kendra: It’s not uncommon for an artist to switch gears and genres throughout their career, and many have gone from one to the more Americana, Blues, Country scene like Darrius Rucker and Colbie Caillat. What inspired the two of you two change your sound from when you started out in Kill It Kid?

Ida Mae: We began Kill it Kid when we were still teenagers and after quite a few years touring around Europe, a few tough record deals we wanted to strip everything back and to the core of what we cared about and the roots of our influence. Musically it was simply a case going back to the old heart of rock n’ roll – blues and country – that we cared about the most and make a record that focused on songs that would stand alone with just an acoustic guitar. We didn’t want to compromise to please other people/record labels.

Kendra: Speaking of, how prevalent is Americana in the UK? Was that a style you grew up appreciating or one you found with age?

Ida Mae: I think there is a real scene around Americana in the UK at the moment. It is always interesting to see how genres flow in and out of vogue in the UK. Most of our earliest musical influences are early blues and country music and we have always been fascinated with the relationship between the British and American music.

Our musical heritages are deeply intertwined. I guess it makes sense that we would fall into the Americana category now. Having always been huge fans of artists like Buddy Miller, Patty Griffin, Rodney Crowell, etc it is a genre we are happy to sit in. It certainly isn’t unusual to hear British acts quoting early American folk music as being a major influence on them. The Beatles, The Rolling Stones, Led Zeppelin, Eric Clapton all fell in love with American roots music the same way we have.

We actually toured in Europe with Brandi Carlisle when she was touring The Story record. I’m pretty sure she was being billed as a Folk artist then which is interesting as she is now branded as Americana.

Kendra: Not many people can boast about hitting the Top 10 on the Billboard Chart with their debut. Do you feel that sort of put some pressure on you going forward for future releases?

Ida Mae: We were overjoyed with the response so far for this record. It has been quite the journey to get this record released. It is a deeply personal record and we fought hard to keep it the way we wanted it. I think there is pressure on every release so we aren’t too worried about what’s coming up next- no more than usual – we are very excited to write about our travels and wild experiences from London to Nashville in our new material.

Kendra: Many talented duos have come and gone throughout music history. If you could sit down with one of the impressive pairs and have a jam session in the studio and then a nice dinner (of course, there needs to be food), which would it be and what would you dine on?

Ida Mae: Perhaps Stevie Nicks and Lindsay Buckingham. I’m aware that we may have to sit through a few arguments (which would also be intriguing ) but to hear them sing together in a room would be wonderful. Or Johnny Cash and June Carter. I’m sure we could go to a classic southern diner. Apparently, Johnny Cash loved fried catfish so that could be fun.

Kendra: You’ll spend most of July touring the UK and then will head to the states in August and September for a healthy run of festival dates which includes three days in Colorado at the Telluride Blues & Brews Festival. Does it take a second to get accustomed to an American audience after spending so much time playing at home?

Ida Mae: We find audiences vary more on a city to city basis, although typically the American crowds are a little rowdier. There are so many factors that can affect the energy of a crowd all over the world. Time of the week, time of the show, where the venue is, etc. We have had some of the craziest crowds in London (where people are typically more reserved) and then really quiet crowd in small American venues that you have expected to be a lot wilder! I have given up trying to anticipate what the crowd energy will be and just try to enjoy each show for what it is!

Kendra: After all, those US shows, what are your plans as we head into the fall?

Ida Mae: We are back in Europe in September for some shows in Switzerland, Germany, and Spain as well as one or two things back at home and then back to the States for our own headline run in October and November. 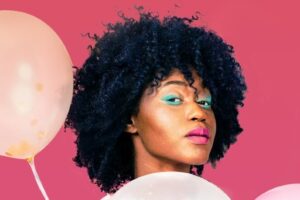 Nothing but Good Days with Emma Stackhaus 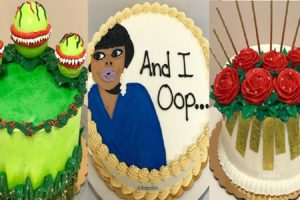 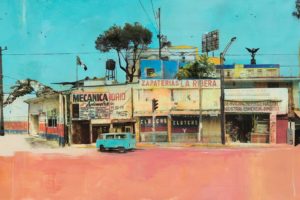 “I really started drawing thanks Math class. My class notebook[...]