Just last month Jackie Venson found herself at yet another SXSW. A local to the Austin scene, she admits that it’s “certainly exhausting,” but recognizes the opportunity to be a part of it is unlike anything. The Austin Music Awards winning Best Guitarist said, “I don’t want to take any opportunity for growth and exposure for granted.” We talked about how it feels to be a local versus someone flying into the annual festival, her new album Joy, and so much more like what she did when she won that Austin Music Award.

Kendra: Congratulations on your Austin Music Award! Where did you wind up putting your AMA?

Jackie Venson: The night after I treated it like The Stanley Cup. I took it everywhere and even got a free orange juice at a diner because of it! I also did my weekly live stream “Jackie Venson Live on Thursdays” and displayed it the entire stream. Now I am giving it to my Dad. He has been collecting my ribbons and awards ever since my first piano recital, he’s excited about the new addition.

Kendra: When you hear that you’re not only the third woman to walk away with Best Guitarist but the first Black woman; do you feel even more pride knowing that you represented for two overlooked groups in music?

Jackie Venson: I’m just happy to fight the good fight, get more visibility, and be a step towards a more inclusive future. I have a ton of gratitude for my team and my support system. I wouldn’t be able to navigate the roller coaster that is a life in music otherwise.

Kendra: Keeping in line with some almighty Spice Girl girl power, your latest single from your April release, Joy, “Witchcraft” definitely has that vibe going on. Where were you mentally when writing this one? Other than perhaps the ’70s because that’s where I felt like I was at listening to the guitars.

Jackie Venson: I definitely was going for a mixture of funk and rock, something that was really popular in the ’70s for sure. Nick Clark, who produced it, definitely nailed it with the sweet bass lines and hooks.

Kendra: Joy. A simple word that could hold so much. How much do you feel you’ve grown as not only a lyricist but as a guitarist with Joy?

Jackie Venson: I am more developed and intentional with my recordings and arrangements, and this brings me joy. It brings me joy because I set out to improve in those areas about two years ago. So I am excited and proud of where I have arrived.

Kendra: When it comes to SXSW, how does it feel playing as a local who has come up in that scene?

Jackie Venson: If you ask most locals (musician or not), they avoid it like the plague. Every year I think about that band from the other side of the world fighting and paying their way all the way to Austin, TX to participate in the conference. With that in mind; I can get up, drive 20 minutes downtown, play a little music, meet new people, and have some fun.

Kendra: You just got done with SXSW and Joy is out at the end of this week. What’s next for you as we head deeper into spring and soon into summer?

Jackie Venson: Touring Europe as well as the US, and a brand new live album! Stand by for details but until then, enjoy my new album Joy and thank you for the feature. 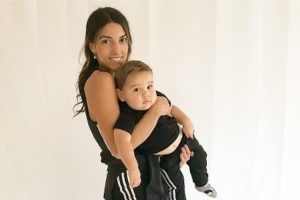 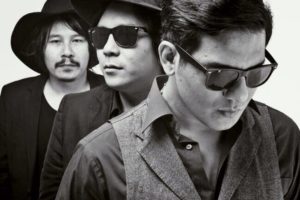 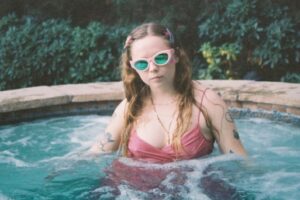