Adolescence brings about a lot of changes in our lives; from dealing with the inevitable of nature to forming our individuality for the first time. For Jayla Darden, it was the first time she started to have a real choice in what music she listened to, and when lyrics started to mean more. “I remember starting to pay attention around middle school,” said the singer, adding, “I realized I liked to sing first and then my interest for instruments came soon after.”

With a natural gift, her mother was more than on board to do what she had to do for her daughter. They moved from Detroit to Atlanta when Jayla was 15 to focus on music and proved to be a great decision. Since then she’s relocated once more and is now in Los Angeles working harder than ever, even landing alongside H.E.R. for her ‘Girls With Guitars Series’ in which they teamed up for a rendition of Aaliyah’s “I Don’t Wanna.”

We started this with a mother’s love, shared about shoes, touched on what 2020 has shown her about herself, and more in this back and forth exchange.

Kendra: Your mom was all in by the time you were 15 and wanted to pursue music. Moving you from Detroit to Atlanta, and now you’re in Los Angeles. All three cities have their own rich, musical scenes and history. For you, were there any specific lessons you learned from each of these places that have helped you set up a solid foundation for your career thus far?

Jayla Darden: Yes, my mom has always believed in me and honestly, everywhere we’ve been the biggest lesson has been watching her take those risks. Being from Detroit I’ve witnessed how easy it is to get comfortable around the friends, family, and life you’ve built at home but she always thought bigger. So, she moved my sister and me, as a single mom, to Atlanta.

That led to me being more self-sufficient being that I was in a new state with not many resources but still having love for the craft and deciding to figure it out like she did. Now in LA, the experiences I’ve had in only a short time being here have caused me to learn and grow so fast and being around so many like-minded people have led to me dreaming even bigger.

Kendra: Listening to “Demonstration” and your latest, “Let You Go,” we hear the fusion of the best that came from the R&B of the ‘00s and the modern alternative impressions of today, but as Sneakerhead I have to know if you had to compare your sound to a pair of shoes, which would you pick and why? What pair best reps your sound, your style, your audible aesthetic?

Jayla Darden: I would say the Aleali May Air Jordan 1 “Satin Shadow” because even though they were released in 2017 or in modern times, they have this classic feel to them.

Kendra: As someone who works with words 24/7, I found it interesting that when you’re creating, you start with the beat first. You noted it’s because that’s what catches a listener first and that makes total sense. With that, what are some classic beats from the past decade or so?

Jayla Darden: “Kitty Kat” by Beyonce, “That’s What It’s Made For” by Usher, “Cranes in The Sky” by Solange, and “Power Trip” by J Cole.

Kendra: It’s important to note that you taught yourself how to use programs like GarageBand and ProTools. How long did it take for you to do that, and do you feel that your music comes across more organic since you’re basically holding all the cards when it comes to creating?

Jayla Darden: I honestly can’t recall how long it took. I remember keeping persistent until I felt comfortable. I would hope my music comes across organically; it certainly feels that way to me. A lot of my music is influenced by what I like or want to hear, so the majority of the time I create things that feel good to me. It never works when I force it anyway.

Jayla Darden: It made me look deeper at my purpose as to why I do music and what’s the benefit of hearing my music as a listener. I can only go off what I’m told and so many listeners dm me saying your music got me through a tough time or it makes me feel strong/ confident. Reading those messages made me really want to tap into that. I want to help people through things and to be in their bag while doing it when they hear my music and that drives me to stay in mine to relay that organically. 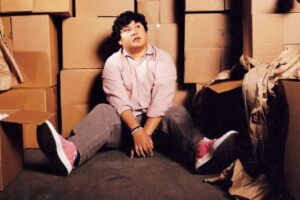 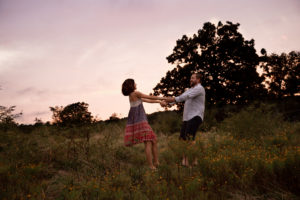 Erin Johnston Photography: Catching Once in a Lifetime Moments

A creative person from the start, Erin Johnston didn’t just[...] 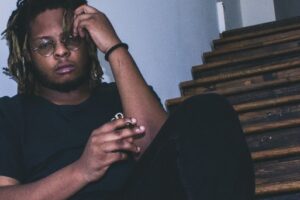