So much about who we were a couple of years ago has come and gone due to well, you know. We’ve taken on new hobbies, got introspective, and some have changed for the better like Jesse Mac Cormack. We talked about how downsizing in life impacted, emotional baggage, and more like his April release, ‘SOLO,’ out at the end of this week.

Kendra: Obviously, the world was a different place for all of us when you dropped ‘Now,’ but musically speaking how do you feel you’ve grown since then and how did you manage to apply that to ‘SOLO?’

Jesse Mac Cormack: ‘SOLO’ brought me on the path of downsizing in every aspect of my life. I was physically and mentally engaged on the road of getting rid of the weight I was carrying around. Every week I met with my therapist and started looking inside and addressing the real stuff. It was beautiful and painful at times but so worth it.

As the writing process went on, it naturally started to manifest in the physical world. My house bloomed into a beautiful minimalist decor and I started downsizing my gear too. My workflow became ingrained in a routine that was serving my health. Now only working with a few pieces of equipment, I began to allow all of my influences to merge. I’ve always been a huge fan of electronic music and very modern sounds. ‘SOLO’ was just letting things out as they came without question.

Kendra: You noted that you drew from disappointment both past and present for ‘SOLO,’ and you know, we spend so little time as children but we carry so much from those years with us. Why do you think that is, and do you think there’s anyone that doesn’t have baggage from their younger years?

Jesse Mac Cormack: Of course not. We all have emotional baggage that is part of us. Like anything in life, it is what you do with it that really matters. Fears, anxieties, and childhood traumas are great engines to drive your projects and relationships. It only depends on what you make of them.

Kendra: With your single “Blue World” you said we’re like sheep with this copy and paste approach to life. How much of that do you feel has been heightened by our collective addiction to social media?

Jesse Mac Cormack: Then again, a lot can be criticized about the social media world. The fact alone that we live head down, staring into our own little devices is enough to go bananas. And that is just scratching the surface. There is a rabbit hole of reasons why social media is BAD for us but also tons of positive sides to it. Copy-pasting is only bad if you copy bad stuff. Otherwise, it’s GOOD.

Kendra: Do you think we’ll ever move past the “need” to be constantly connected in our lifetime?

Jesse Mac Cormack: I recently read in an article saying that I’m part of the “ALWAYS ON” generation. To be quite honest, I absolutely agree. Not a second of my day goes by without the need to be proactive or connected as you say.  The easy access to information always drives me to the next thing. I think this will only increase as time goes by and as technology takes us further.

Kendra: On a positive note, being able to be instantaneously connected is a privilege we didn’t lose in 2020 when the world flipped upside down but there were a lot of little things I feel that were taken away that maybe we didn’t appreciate before. Something that sort of moved you to pen “NHFN.” What minuscule thing in your life did you miss when things started to take a turn?

Jesse Mac Cormack: The biggest change for me was my social life. It gave a big insight on what it was made of. Only by losing it, I realized its constitution. Shows, events, expos, random parties, and encounters were how I flowed through the world. It made me realize how important those were but also their true quality. Out in a club, you get to shift and renew your energy on a very outward and necessary level but don’t connect on a deeper level with close friends. Losing those moments made me realize the importance of having a good balance between both worlds.

Kendra: You’re in Montreal but you have a song called “L.A. Sky.” As someone who spent well over 15 years in Los Angeles, I will admit it’s beautiful but…I do want to know is there anywhere, in particular, you find inspiring in the City of Angels?

Jesse Mac Cormack: I have not spent enough time there to talk about specific places but everywhere I have been was for me a great discovery. The weather, the architecture, the sea, the mountains, the desert, the gap between social classes, and how neighborhoods are so different from one another. The fact that it is such a big city between the sea and desert really fascinates me

Kendra: When it comes to your music, you’re very hands-on taking on a lot of the instrumentation yourself. Are you the type of person that’s like, “I’ll just do it myself!” That’s how I am. I’m one of those people that cannot deal with too many cooks in the kitchen.

Jesse Mac Cormack: One of my favourite parts of writing and producing music is diving into the arrangement and the production side of things. I love crafting textures, contrasts between sections, and being hands-on with tiny details. Where I like to surround myself is more in the writing process. Once I have a little spark for a song, I like to take it to someone else while it’s still a baby and see what happens. I find it crucial and so interesting to have an exterior eye on what I create.

Kendra: Okay, side note – with this month being Easter…my favorite holiday only because the candy game is on point, I want to ask if you could have the perfect holiday basket filled with your favorite treat and an album that you cannot live without, what would be in your basket?

Jesse Mac Cormack: ‘Donda’ from Kayne West is my latest crush and everything he did with Sunday service is brilliant. Also, Brad Barr’s solo album is so soothing. I often listen to very quiet music such as the Vernon spring, h hunt, and duval Timothy. There is so much good music out there.

Kendra: Lastly, with ‘SOLO’ out on April 8th, what’s next for you as spring continues to roll into summer?

Jesse Mac Cormack: This is such an exciting time for me! I’ve been writing almost non-stop for the last three years. I can’t wait to perform the new material live. More and more is coming; some very exciting collaborations and my music is totally shifting. Can’t tell you just yet! 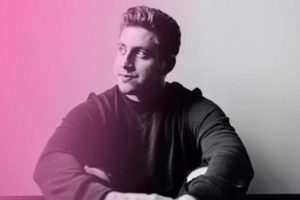 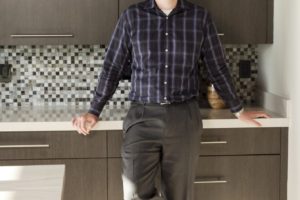 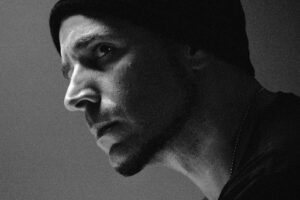 There is an origin story for everyone, and for Matt[...]