Jonathan Paulson is prolific and ZO has been able to travel the world extensively through his lens.

Jonathan developed a love for the craft while playing football at Solano College and studying photography under Debra Bloomfield. After “discovering” photography, Jonathan continued to study until taking a break in the winter to backpack through Europe and shoot his first series, marking the birth of his career as a fine art photographer.

“What draws me towards photography is its ability to allow another person a chance to see what I see. If you have ever had someone say to you, ‘I don’t understand what you like about this so much; it’s just a building, or it’s just a courtyard’ and you thought ‘if he could only see it the way I see it, then he would understand,’ then you know how I feel. And, since photography gives me that medium to show others what I see, I fell in love with it.”

You get to know a lot about the artist by the photos they post.

What amazed us about Jonathan Photos was the degree to which he goes to get “the shot!” This commentary came from the shot on the Wooden Bridge below. “The best part of sleeping cold—the sunrise. Anyone who has had to brave a cold night knows the feeling. Finally, I can get up and try to get warm. This is doubly nice if you’re a photographer as sunrise is a magic lighting hour. Or maybe I’m just trying too hard to look at the glass half full. You have been warned—the hotels in Fenghuang are true Chinese style—mind boggling. It was approaching freezing outside and they gave me one thin blanket, no heater, and a patio door that didn’t shut all the way. I’m not quite sure how they thought I would survive the night in those conditions.”

We’ve been inspired by Jonathan’s unique perspectives and look forward to seeing what develops through his expanding vision.

*Please do not copy work from this website and please do visit the artists’ pages for more info!

High Above Shanghai on the Edge of Life
© Jonathan Scott Paulson

“Standing on the edge overlooking a city is quite enjoyable. I highly recommend trying it . . . as long as it is done in a way where you don’t die.”

Thanks for the tip Jonathan — we’ll make sure to do just that — from right here in front of this screen. Lol 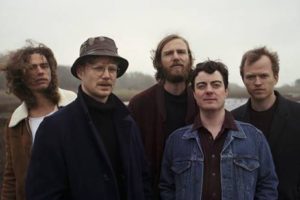 Working from home for the past decade, I’m no stranger[...] 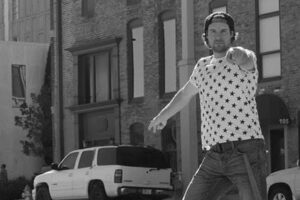 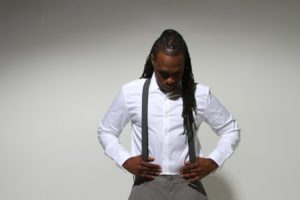