Millennials have done some amazing things for the world, but Gen Z? They’re at the forefront of revolutions, and helping them through not only music but as a conversation starter is Jwalt. He was recently featured in the XQ Institute’s “Graduate Together: America Honors The Class of 2020” event hosted by NBA mainstay Lebron James in May. There are even more impressive feats on this rising artist’s plate – all of which we talked about in this exchange. From his latest release, ‘Yours Truly’ to talking openly about the importance of mental health, Jwalt is a force and we are happy to share just a slice of his story.

Kendra: Thinking back all those years ago to when I was 18, I had zero ideas about what I wanted to do. I’m still a little unsure! When did you realize rap was more than something you enjoyed, and something you wanted to pursue?

Jwalt: I realized rap was something I wanted to do for the rest of my life after I opened up for T-Pain and Metro Boomin at Stanford University’s “Blackest” Festival when I was 15-years-old. The crowd’s reaction to my music made me realize that this is what I wanted to do.

Kendra: “Where You Been” is a song about the preparation that leads one towards graduating. However, nothing could have prepared the unified Class of 2020 for the new realities of 2020. How do you feel the current events will shape this year’s graduates? Do you think this has made them, as a whole, a little more resilient?

Jwalt: I think that this has made us more resilient. I know for me, it has made me appreciate the small things in life and to live in the moment because you never know when something like this may happen.

Kendra: Every record an artist makes is sort of like a musical snapshot of that particular time in their life. In ten or 15 years, when you think back to ‘Yours Truly,’ what emotions and memories from this record are going to instantly come to mind?

Jwalt: Man that’s a good question. Definitely, the early morning studio sessions, gonna make me remember how far I have come, happiness for sure since this is my first project, and sitting in my room writing all of these songs.

Kendra: Probably that you were killing it as an up and comer; from “The Kid” being part of the NBA games on ESPN to ‘A Day with Yours Truly,’ a documentary that highlights the days leading up to an epic lineup you were a part of that included Wu-Tang, Nas, and Too Short…So yeah, we are going to talk about that. What is the one moment from that day that will stick with you forever?

Jwalt: Probably talking to Raekwon. I talked to him for a while on and off the camera and he was just spitting game and was supportive in my movement. He told me, “Never stop and to keep on going.” He said, “The fact that I was there performing at that arena means something. This means that I am on the right track.”

Kendra: Another cool thing you’ve gotten to take part in is speaking on stage with Common about mental health. For so long taking care of one’s mental health was seen as something only done by white people and was (sometimes still is) stigmatized in other communities. What made you want to stand up and take a stand and say something about this as a young Black man in this world?

Jwalt: For the longest time I was afraid to speak about my mental health and battle with anxiety. During my sophomore year of high school, I wrote and performed a poem titled “Yours Truly,” that detailed my struggle. The video exceeded more than 70K views, but the outpouring of love and gratitude from young black boys across the world uplifted me.

Many of them identified with my personal experience and mentioned how the poem helped. That is when I realized how powerful my words are. That motivated me to incorporate mental health awareness into my music and create conversations about it in my day-to-day interactions, so when I got the call to join the panel with Common it was a no brainer. It gave me a larger platform to speak my truth.

Jwalt: Before this mess started, I planned on doing shows, festivals, and interviews to help promote my new album. Unfortunately, live shows will have to wait. I still plan to release my book later this year and will be heading to New York City next fall as a freshman at the Clive Davis Institute of Recorded Music at NYU. A song that never fails to get me through a difficult time is probably my song “Elevate” off of my new project. That is one of my favorites! 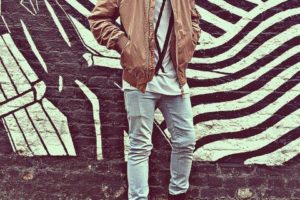 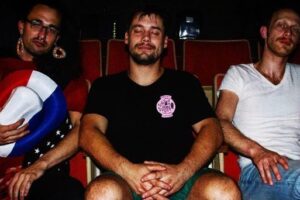 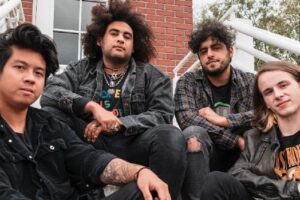 Next week, Pacific Northwest’s King Youngblood will drop their brand[...]