Those in New York City are always in for a treat as you live in one of the best cities in the world, but this Saturday things are going to get even better as KAYE takes the stage for a hometown show that’ll blow minds at Sultan Room. Before you scramble for the doors Saturday night, get to know more about this daring songstress who is crashing through the walls built by years of stereotypes and hearsay to deliver her artistry her way.

Kendra: Having lived around the world as a kid, did you get to grasp onto elements of pop culture outside of the US that influenced you that perhaps American audiences wouldn’t be able to recognize, or were you always trying to find MTV wherever your family set down roots?

KAYE: I was constantly trying to find MTV or any sign of a musical pulse wherever we set down roots. One of my earliest gateway drugs was seeing Cyndi Lauper’s “Time After Time” music video on MTV in Hong Kong when I was seven. She has flaming pink hair and she’s holding this giant toy dog in her arms trying to wake her boyfriend up in bed next to her. It’s hilarious. I named my dog Cyndi because of that video.

Kendra: Speaking of influences, you noted how your latest video for “Closer Than This” was inspired by Fiona Apple’s “Criminal.” I think anyone who was a teen or tween during that time has that clip ingrained in their head as something sexual and a bit naughty and in some cases deemed “too adult” by their parents. Was your family all about shielding you from sexuality in that regard?

KAYE: Oh yes. My parents are first-generation Chinese and although they love art, they are still extremely averse to anything remotely risqué or vulgar in my work, because it’s not ladylike; it’s not something that reflects well upon my family. I do believe it took me years to shed the shame around my sexuality because of my Asian upbringing—reading, therapy, writing, the works.

Kendra: Today your sexuality and dominance are pronounced and at the forefront in all that you do, including “Closer Than This.” This is fitting with the times because it feels like in the past decade or so, female artists have been able to be more vocal in how their career pans out than in the past with artists like Britney and Jessica Simpson who were more label puppets. What or who do you think helped cause this shift in the industry?

KAYE: I think female musicians are collectively becoming more awake to the fact that for as long as the music industry has existed, we’ve lived and breathed and created within a system that has always benefited men because it’s run by men. Just look at every summer festival lineup—an average of only 19% of the bands are female-fronted, and it’s not because we’re not out here! I felt a real shift in the culture when the #MeToo movement began—our anger finally reached a point where it boiled over. We’re tired of the bullshit. So we’re working harder than ever to assert agency for ourselves and take back our power. I write and produce my own music, I art direct my photoshoots and music videos. No label or industry exec is steering my ship for me. That feels like my own personal rebellion.

Kendra: This is the most overtly sexual you have ever been in your work. Can you talk about the journey that led you to embrace this aspect of yourself in this video?

KAYE: Growing up, I was always fed this narrative that if a woman makes a sexy video it’s because she must be doing it for the male gaze, for affirmation of her sex appeal. Narcissism is ASSUMED. And that societal fear keeps women small; discourages us from taking up space, asking for raises, believing our worth. In preparing for this video, I had to do a LOT of work to let go of all these hangups. Why do I need to justify my desire to do this? Why do I need more of a reason besides “I want to, and it’s fun?” I don’t. I haven’t done anything like this before and I wanted to push myself completely out of my comfort zone because when I‘m too comfortable in my work, I’m not learning and it’s not interesting.

I feel as sexy and juicy as I’ve ever been, and I want to celebrate myself—ALL parts of myself. I made this video for 80-year-old Charlene in the nursing home with a saggy ass looking back and going damn, I had a GREAT ass. I made this for my 17-year-old self who was awkward as fuck and actively SUPPRESSED my femininity because I thought if I was too feminine, I would be perceived as weaker and wouldn’t be taken seriously as a musician. Who used my guitar as a crutch and thought if I could only shred like one of the boys, then I could do what I loved. THAT’S patriarchy—retrofitting your creativity so that the system will embrace you as one of their own, not acting out of pure expression. I CAN shred like one of the boys – but now it’s on my terms. I can shred if I feel like it, or I can gyrate in a thong on a staircase if I feel like it and they’re both equally true.

Kendra: You’re 33. You’re not old by any means, but you’re not 18 either. What are your thoughts about staying inspired and committed to your work in an industry that’s so youth and image-obsessed?

KAYE: I’ve grown so much from when I began pursuing music at 22, waiting tables and playing any gigs I could in the city. I cared so much about what other people thought and I cared so much about being cool. But I am 33 motherfucking years old now and I just don’t care anymore. Making whatever I want, with absolutely no limitations and no attachment to the outcome, is why I’m here. I’m in this to build a legacy, not to be on like, New Music Friday. I’ve reached a place in my life where I only care about turning myself on with what I make.

Kendra: Dominance is also something rarely associated with Asian women due to decades of stereotypes that have labeled them more on the demure side but in the past couple of years we’ve seen breakout performances in entertainment that have shined a light on Asian culture, and women, like never before. I remember crying when Halle Berry won the Best Actress Oscar and I continue to be overwhelmed by Black Excellence but Black folks have always at least had one seat at the table. How does it feel from your perspective as an Asian-American in entertainment to finally see more representation in the media?

KAYE: I’m so psyched to see slow, determined progress. Bowen Yang being the first Asian cast member on ‘SNL’ and Awkwafina being the first Asian American woman to win a Best Actress Golden Globe – that shit makes me weep. I’m so proud of the community and I’m committed to doing my small part to push the culture forward. I do strive to subvert the stereotype of the demure, submissive Asian woman because it’s not true and glosses over the rich, complex interior lives and messy desires that make us who we are. That’s always there for me in the background, driving my work and everything I create.

But still, we have such a long way to go. I’m an independent artist and there are times where I’m reaching out to people in the industry on my own—label reps, booking agents, festival bookers, etc—and I notice, all the names in these emails are of men, mostly white men. Is the feminine experience going to be something they resonate with? How about the Asian American feminine experience? Probably not. Should I try to make my art different to crack the system? No. I stopped trying and just started making shit for myself. And you know what—I’m happier than I’ve ever been. I am so happy with this record and these videos, even if it does nothing. It’s the best work I’ve ever done. And that’s why it’s connecting—because it’s real.

Kendra: Now let’s talk about this big show you have coming up in New York City on February 8th. What can fans expect for this performance?

KAYE: This is the first time I’ll be playing the songs from my new record, that I’ve been working on for over two years. This album is meant to be as much visual as it is aural, so I’m pulling out all the stops—it’s going to be special.

Kendra: What do you see yourself doing more of in the future, if not music?

KAYE: This year was very influential for me in embracing my capacity for visual art. I draw, paint and I animate videos for other artists. I would like to eventually create a whole set of animation that goes along with the live show of this upcoming record—maybe for the release show. I’d like to get more into installation and performance art, which you will see me dipping my toes into in my next music video. I just never want to stop making things. 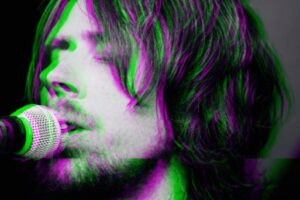 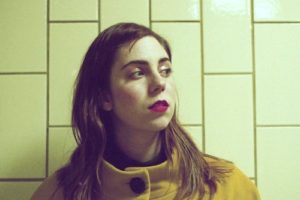 Photo Credit: Sabrina Carrizo Sztainbok Finding yourself after being attached[...] 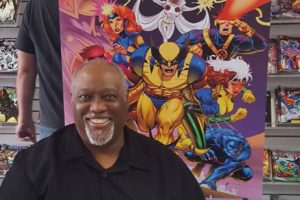