Live music is unlike anything else. Those who love the thrill of seeing their favorite musicians play live can tell you a million and one reasons as to why, but for many – it’s the inspiration of it all. For Krista Polvere, it was a PJ Harvey show when she was 18-years-old. The Australian singer-songwriter said of the moment that sparked her musical interest, “It mesmerized me to the extent that I knew that is what I had to do with myself. She came across as strong, androgynous, emotive, original and fearless. I dabbled in music before that but this was the moment when I made decision to follow music to the ends of the earth.” Harvey wasn’t the only one who got this girl started, she said a chance encounter with Ryan Adams also gave her the push she needed, “After meeting him in 2000 I studied his music and although my sound is very different from him he has inspired me and given me a very high benchmark to seek to achieve.”

Adams has always been one of her biggest influences, but he’s not the one who Polvere has consistently been compared to since breaking into the scene. When you’re compared to the likes of Lucinda Williams and Natalie Merchant, how do you react? The young singer is of course flattered by it all and happy to be in the same category, but also notes her unique aspects that set her apart – one of which being her writing style. Which, looking back on she says her first batch of songs were more “innocent and girly.” Today though she says of the words she constructs, “My songwriting now is more womanly and encompasses things a woman experiences like; love, desire, heartache, rejection, empowerment, independence, confidence. I’m not afraid to show my sexual side or my vulnerable side. We are all multidimensional so I figure why not show that.”

We can hear that grown up sound on her Shut Up & Ride, which she packed up and headed to Virginia to record. She said it was her “circumstance rather than location” that really guided the final result, “My boyfriend, at the time, produced the record and it was a very passionate relationship. We were in a basement recording this over eight months and the emotions that were felt in that time comes through on the record. It’s a very different process and outcome when you record a whole album with someone you’re madly in love with and can’t stand in the same moment. Creatively, we pushed one another, consequently I would say this this is my best works to date.”

Inspired by a show and a man by the name of Adams, Krista Polvere learned music was where she wanted to be. Even if she didn’t want to do it for a living, she’d still want to spend her life singing – to underprivileged kids. Right now though, she’s using her voice to entertain people around Australia, as well as releasing music out in the US. 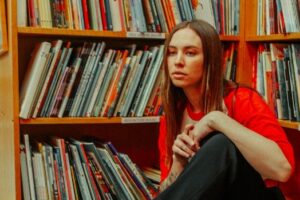 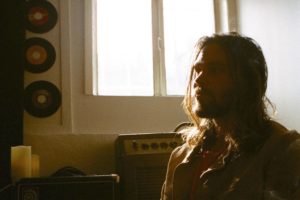 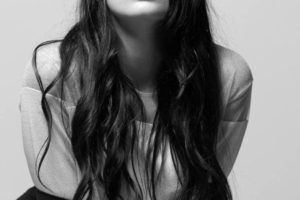