Life isn’t always easy, but if Lee Davey has learned anything – it’s to always get back up when pushed down. He’s faced a lot in his life but has yet to let it deter him from spinning the downside of life into his creative endeavors. We talked about the underdog spirit he’s had for what seems like forever, dystopian realities, talked about soundtracks, and even dished about all things music-related going on with him.

Kendra: What initially got you into music, an album, song, artist, family member?

Lee Davey: Not a single member of my family or extended family ever played music so I certainly wasn’t indoctrinated into the world but what I did have was parents that had a great taste in music. But money was very tight, so they only had a few albums. I grew up listening to Pink Floyd’s ‘The Wall’ and Alice Cooper’s ‘Welcome to My Nightmare.’ Although I was too young to understand either album lyrically, the music was extremely addictive, and I decided first that I would learn guitar. I never dreamed of writing songs at that time. I started playing when I was 13 on an old acoustic, learning Beatles’ songs from a book.

Kendra: All in all, you seem to have this very underdog spirit that I can relate to. Have you always been that way?

Lee Davey: My “day job” is that of a Trade Union Official, so I constantly deal with bullying and harassment, misconduct cases, rogue managers, etc. This is for a large telecommunications business. I protect over 1700 engineers’ welfare.

Growing up, I always had this feeling there are three types of people; the sheep, the sheepdog, and the wolves. I always viewed it as the sheep were the ones to be protected and the wolves were the bullies. So, I was always a dog throughout my school and my work career.

Kendra: At least that’s the vibe from your latest, ‘Songs About Life.’ With you having this dystopian-like sound, I wanted to know what post-apocalyptic activity you feel this album would be the best soundtrack for?

Lee Davey: Oh, that’s a tough question. There is sadly so much activity in the world today that could easily make a post-apocalyptic society not the work of fiction. The East and the West are constantly testing one another and pushing forward small steps at a time to see who bows down. My album would be the setting for a Mad Max-type society, whereas all the material things the consumer is so avarice, for now, will mean nothing. It will come down to water, fuel, clothing, these will be the things of the future, not the latest iPhone upgrade.

Kendra: Speaking of soundtracks, you have your sights set on having your music in movies and on TV. What recent films and shows do you feel could use some Lee Davey?

Lee Davey: Netflix has some brilliant series running at present with fantastic soundtracks; ‘Snowpiercer,’ ‘Lucifer,’ ‘The Sinner,’ and ‘Ozark.’ Films that I have watched recently, again on Netflix, that have been very dark have been ‘Don’t Look Up,’ ‘Munich – The Edge of War’ ‘Wild Bill’ and Guy Ritchie’s ‘The Gentlemen.’

Kendra: On top of being a musician, you’re also a mental health advocate as you’ve dealt with depression for half your life. I found with my own struggles that writing helped me, so I wanted to know if music eased you at times?

Lee Davey: Absolutely. I find writing the lyrics the most therapeutic aspect of the process. I can literally sit there in the evening at my writing desk for hours and write maybe over 30 full songs, that I then usually strip back when it comes to the music. So, I may only end up with five songs out of the volume of 30 sets of lyrics. It’s harder to decide which lyric can be let go of.

Kendra: I do want to point out that you’re also a single parent because as someone raised by just their mother – I know it’s hard! Along with mental health advocacy, do you ever see yourself linking up with an organization that focuses on helping single parents and guardians?

Lee Davey: I would love to link up with any organization that is focused on single parenting or mental health. My marriage breakdown was very public (although I am not famous) but because my ex-wife was a headteacher who turned to drugs, the papers got hold of it, so I had to protect the children not only from her and her addict lover but also the media. I would love to be able to help other single parents that come up against such painful life experiences.

Lee Davey: I could name hundreds but if I was put on an island with one album, it would be Roger Waters (originally of Pink Floyd) ‘Amused to Death.’ Any single track on that album is not only thought-provoking and emotional but sadly more relevant today than when he wrote it in 1992.

Kendra: Lastly, with ‘Songs About Life’ out – what can fans both new and old be on the lookout for from you in the coming months?

Lee Davey: My new single ‘Only Takes One’ came out on the 18th of February 2022 which focuses on the premise that despite how much with bitch and moan about the ills of this world, no one seems to actually want to unite and do something about it. Then I will be releasing three singles from the album come late March, which are called “Oh Lord,” “Orwell vs Milton,” and “New World Order.” 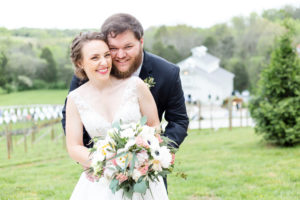 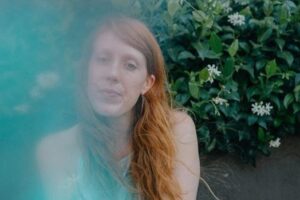 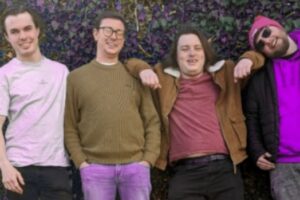