Sometimes all it takes is one time to be impacted by a place and for me, Portland, Oregon is one of those places. Beautiful does not even begin to describe it, and for that reason, I knew all too well why Lindsay Clark was moved, in part, by the natural world around her when it came to penning her June 24th release, ‘Carpe Noctem’. We talked about the gorgeous, natural views as well as the power of nostalgia, and more in this back and forth exchange.

Kendra: One of your initial inspirations in music was your father’s record collection. Was there one album, in particular, you remember spinning on repeat?

Lindsay Clark: Simon + Garfunkel ‘Bookends’ and Joni Mitchell ‘Ladies of the Canyon.’ I don’t think I really understood Joni’s writing at this point but I was intrigued by it, and that was the first album I heard, especially the song “Conversation.”

Kendra: Now you make your own and have ‘Carpe Noctem’ dropping this June. With “Evening Star” being heavily driven by nature, and you living in one of the most picturesque places in the US – Portland, Oregon – would you say a lot of this record pays homage to our natural world?

Lindsay Clark: Yes, because I think a lot about the mythology and folklore that comes with nature and specific plants and flowers that I encounter. I unintentionally use nature as a backdrop when I’m writing, possibly because it is the actual backdrop. I do a lot of emotional processing in natural spaces so it tends to filter in, and it’s an important reminder of solace, even though we don’t treat it with the reverence that we probably should.

Kendra: So yes, “Evening Star,” you penned this after sitting by a river in your hometown in Northern California which – we’ve already talked about the nature aspect but for me, there’s also something powerful about the nostalgia of home. Why do you think our creativity pushes forward most when we step back in time?

Lindsay Clark: I think it lets us reconnect with a more innocent, primal part of ourselves, something that’s been untouched by all the events and chaos of life. I think, if you’re lucky to feel a connection to whatever “home” is for you, you can use that as a point of connection. I think it also helps us see the ways we’ve changed and grown.

Kendra: Again, you now call Portland home and what a home it is. I’ve only gotten to go once but I’d go again if I could because it’s 1. So clean! When you live in LA for 16 years you appreciate a clean street, but also there is so much artistic vibrancy. Would you say all the various art scenes are what drew you to lay some roots there?

Lindsay Clark: Yes, I was really drawn to the music scene between 2005-2010, when labels like Hush and even earlier, K Records were more active. I was intrigued by how many creative people seemed to be able to make it work out there, and it had this sort of magical quality to it. I think the culture has really shifted but at least in my era, it’s been a city that supports artists, though there is still a lot of work to do in that regard.

Kendra: You’re playing some shows on the West Coast in June leading up to the release of ‘Carpe Noctem.’ Will this be your first sort of tour since 2020?

Kendra: Did you think for a second there that live music was going to be off the table longer than it was?

Lindsay Clark: Actually I thought it would be back sooner than it was, it was a difficult realization because I had tours planned and things starting to happen in Europe. I really thought touring would be back in 2021. When people started saying not until 2022, that was tough to accept at first, and it definitely created a different focus for so many of us. I don’t know whether it’s good or bad but it is a change.

Lindsay Clark: I’m not always that in touch with bigger name artists, but if we’re going for a dream scenario, someone like Rickie Lee Jones or Jackson Browne. On a more indie level maybe someone like Will Oldham or Laura Marling?

Kendra: Lastly, with ‘Carpe Noctem’ out on June 24th, and a string of dates already on the books – anything else you can share with us?

Lindsay Clark: Creating and releasing an album is such a time-consuming process, I’m excited to have more space to focus on writing new material again and envisioning how to record that, which is my favorite part. Other than that, I’m hoping to focus more on collaborations, honing my live performances, and a creative nonfiction project. And regular stuff, like going to the river and hanging with my cat. 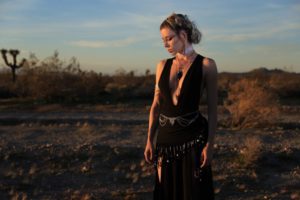 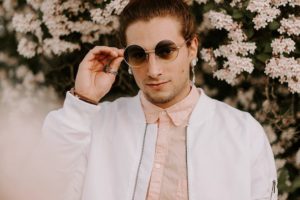 The Inspo of Hazel Bloom

Photo Credit: RProPhoto Those sold on the idea that one[...] 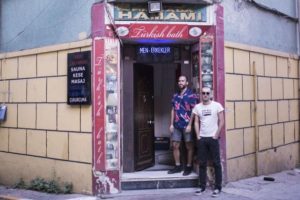 The end of March was a big deal for Turkish[...]