Breaking out of one’s shell is never easy. Ask the millions of shy people around the world who bravely do everything from present in class to speak up at a restaurant daily. The struggle. It’s real. It was most definitely a reality for Mason Murphy before he braved the confines of his bedroom to embark on his true passion; music.

“Singing was something I always secretly wanted to do while I was growing up. I was way too scared and insecure to get into though,” says the singer-songwriter. Again, only comfortable in his room, he started to work on his craft in his late teens, “I started locking myself in my room attempting to teach myself how to sing by singing along to the songs I was writing and other songs I was listening to. I was really terrible for quite a while, but I just kept practicing and eventually got the nerve to start singing in front of small groups of people.”

Today Mason Murphy is happy to have made it out of his bedroom, and frankly, so are we. His latest single, “No Apologies,” takes us back to a time when singer-songwriters were legit all the rage. We talked about that, what’s to come from him, and more.

Kendra: We’re both not only introverts but appreciators of Rob Thomas. I am a HUGE Matchbox Twenty fan and was happy to see some love for him from you. Do you toss any MB20 into your performances?

Mason Murphy: It always makes me happy to meet a fellow Matchbox fan. I haven’t performed any of their stuff yet. I would definitely like to try and do a song of theirs justice in the future. They were the first band I became a fan of as a kid and the first concert I ever attended so their music means a lot to me. I also think all of Rob Thomas’s work is super great and massively underrated.

Kendra: I ask because listening to “No Apologies” took me back to the best days of Vh1 when not only Matchbox Twenty was all the rage, but bands like Savage Garden. Singer-songwriters with pure talent. Do you feel like we still have those today in the mainstream other than Ed Sheeran?

Mason Murphy: That was exactly my hope for the song so thank you for saying that! As far as great singer-songwriters in the mainstream, I feel like there are a few others but not many. James Arthur is one that comes to mind. It’s kind of a struggle for singer-songwriters to get their share right now because of the impact that hip hop and electronic music has had over the past decade. However, I think in the near future we’ll start finding our way back into the mix again.

Kendra: Let’s talk more about “No Apologies.” Where were you mentally when you penned that?

Mason Murphy: Mentally I was going through a little bit of a self-discovery phase. Not really anything too crazy, but something I feel like most 20-year-olds go through. Learning how to deal with new, weird anxieties that come from the unknown that the future holds and the pressures of feeling like you need to need to get your life started, even though none of that pressure is actually real.

On the other side of that, I was reflecting back on a relationship I had recently been in that was kind of an emotional roller coaster. It didn’t exactly end in sunshine and rainbows. I wanted the song to tell the story of a situation in the relationship where one person is making the decision to walk away and the other person is trying to do well the exact opposite. The last thing the person trying to stay wants to hear at that moment is the word sorry because what usually comes after that type of apology is a goodbye. Getting the person who’s walking away to stay is their only motive. No matter what has happened and even if it means it won’t last.

I like to write songs all throughout a breakup. However, the ones that usually turn out the best are the ones that come a little while later after I’ve had time to process things and have a more clear mind about what actually happened versus what my feelings think happened.

Kendra: Do you have any plans for releasing more music this year?

Mason Murphy: I do! My goal is to release roughly a song a month for the next little while. I want to gain a more solid fan base and also a more solidified sound before releasing any projects. I also want my first project to really tell a story. Until I feel that story’s ready to tell I’m gonna do what I can to get a lot of singles out there.

Kendra: Any plans to tour in the coming months or are you keeping things local in Salt Lake City?

Mason Murphy: I would love to tour if that becomes a possibility! My hope would be to land a gig as an opening act on another artists tour. That would be a dream at this point and I can only imagine how much fun it would be. In the meantime, I’m planning on doing some cool local shows and a lot of recording. 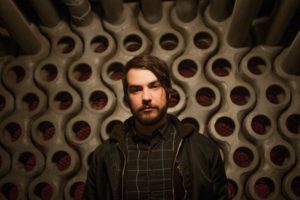 Westing Fails to Hide the Heart, and Gets Personal

Photo Credit: Goose Holyoak Not too long ago, last Friday[...] 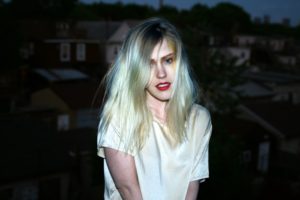 Imagine working on your debut album, releasing it and then[...] 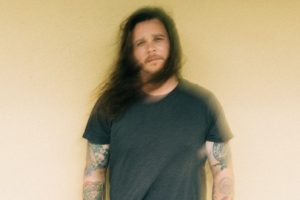 Photo Credit: Amanda Laferriere Some may have taken their car[...]