Everyone who has ever been to a comic convention knows who the real celebrities are – the cosplayers. Yeah, it’s cool to see that guy from that show or that woman from that one movie with the cool plot or whatever, but seeing fans take on and embody characters from video games, TV, movies and beyond – that’s next level. I know I’m personally always looking forward to what people come up with but people like Michael P Hoover live for it. That’s because out of all the types of photography there is, he’s a cosplay photographer. Yup, he’s done other types in the past but now only shoots the shots that include incredible cosplay.

Kendra: You’ve always been a creative person, right? But what made you want to step away from all you’d done and focus 100% on photography?

Michael P Hoover: I would say, “Yes,” I’ve always been creative. My parents encouraged that through classes and showing an interest in my work. Even when it was work they did not understand or like. I’ve run the gamut in the art world from charcoal, pencil, and paint and brush, to ceramics, jewelry crafting, digital media and so many things between.

I will say though, the only thing I’ve done 100% with my photography was to niche my work from, “I’ll shoot everything for money,” to cosplay only. I no longer shoot families, kids, seniors, weddings and engagement sessions. I market, seek out and develop (puns…haha!) cosplay photography only.

Kendra: Did you take any classes when you got interested in it or did you learn by trial and error?

Michael P Hoover: A lot of both. My first camera was a Disc camera in the early ‘80s. So I grew up shooting on film. There are days I miss waiting in anticipation to see if what you wanted came out how you saw it. That was all trial and error.

When I picked my camera back up, the world had flown past me and gone almost entirely digital. So I had to relearn some things. I took classes for that and learned a lot of basics. It was through those courses I learned two things I use with every session. My first instructor said, “First, you have to learn all the rules. Then, break them.” I do. All the time. I light from the underside, backlight with lens flare, and throw caution to the wind. My second instructor showed me the way of off-camera flash. And I have never looked back.

Kendra: Do you remember the first cosplayer that made you stop dead in your tracks and take out your camera?

Michael P Hoover: Wow. That’s a tough one. I can’t pin down a specific person or cosplay. I’ve been attending GenCon in Indianapolis ever since the convention moved here. I am a fan of tabletop and board gaming. Cosplay was a natural part of that for people who wanted to dress as their RPG characters. As cosplay gained traction, I saw more and more diverse costumes and fandoms.

What I can tell you though is the moment and catalyst that fomented my decision to pursue cosplay photography. There was a shot, taken by Eddie B. at a previous GenCon that was featured in the GenCon program in, maybe 2013? 14? I can’t recall the year. It was a shot of James Wulfgar in his Cable cosplay. I saw it, and I remember exclaiming out loud, “THIS is what I want to shoot. This is amazing.” A friend made an introduction to Eddie, then to James, and it went from there.

Kendra: Right now you shoot mostly at conventions. How hectic is that? Your average con has thousands of attendees. Do you scout the location beforehand to ensure you and your clients have the best spots for their shoots?

Michael P Hoover: It’s hectic, for sure. Cons as a general rule are chaotic organization. However, for the most part, I shoot in one place and my clients come to me. I shoot generally dark and dramatic and in a way where the background is nearly or completely blacked out.

When I shoot at Dragon*Con though, we photographers pretty much have to shoot outside. So I have spent a good chunk of time scouting. The first year I went, I spent a couple of weeks going through downtown Atlanta…by using Google Earth and Street view. You’d be amazed by the locations you can find like that! All in all, though, my portrait experience makes the photo about the cosplayer as much or even more so than the cosplay itself. The background and backdrops only matter after that.

Kendra: You mentioned getting a studio close to home in Indianapolis. Is that up and running yet?

Michael P Hoover: Someone has been following my page in-depth! Haha! Yeah. Actually, when we bought our current home, the goal was to turn the former owner’s gym into a studio. I just need to get my eldest son to move out. Do you know anyone that needs a roommate? Haha! It won’t be up and running for a while now. It is definitely a goal. I did, however, get the okay to convert the garage into a relatively temporary studio and I had my first two shoots there this past weekend. It went well, plus I have several great environmental locations right out my back door to boot.

Kendra: A nerdy father of four raising his kids on geek culture, have any of them shown interest in cosplay?

Michael P Hoover: Three of the four have shown some level of interest, from casual cosplay to original creations. My daughter is the most involved and excited about it. Unfortunately, she’s not working yet, so guess who funds that obsession? My wife even gets the bug here and there. I have a shot of her in her Pink Lady costume on my computer desktop. It is so exciting to shoot with her in cosplay.

Kendra: Every year there is a wave of the same characters with a few out of the box cosplays that just take things to new levels. What are some characters you feel should be retired for a while and some that are immortal that could go on forever in the world of cosplay?

Michael P Hoover: See, now you’re trying to ask questions that will get me in trouble if I answer you! Haha! No, I don’t think there is anything that needs to be retired. Everyone cosplays something for a reason. Who am I to say that should be relegated to the pages of history? As for immortalizing a character, a few years back, I shot with a family. The dad made this amazing Sentinel from X-Men, and his kids were Cyclops and Jean Grey. Which, as young as they were, made the Sentinel in scale. It was dang awesome and deserves a legacy.

Kendra: Do you have any recent out of the box cosplays that come to mind that were amazing to shoot?

Michael P Hoover: Man, you do like asking the tough questions! I think of recent would have to be StitchE626’s Indiana Jones. Indy isn’t particularly out of the box, but having a massive inflated “rock” that he had handlers roll all over the con “chasing” him definitely is. I love when cosplayers go all out for the fun, passion, excitement, whatever it is that drives their love of the character. I also loved being one of the first photographers who had the opportunity to capture Steven K Smith’s “Alice in Wasteland” concept. It was an honor, and something very cool to watch develop and eventually get cosplayed by some of the biggest names in the community.

Kendra: When we connected you were gearing up for Cincinnati Comic-Con and you were just in Ohio for Wizard World Columbus? Does that wrap up 2019? And what are your plans for 2020? Perhaps San Diego? LA?

Michael P Hoover: As much as I hate to say it, WW Columbus had to take a back seat this year. I was really looking forward to catching up with my Ohio crew and all, and meeting new people. But my family comes first, and as we spoke about, health reasons require that attention. I’m considering checking out GalaxyCon in Louisville in November.

I just need to see if I can make it work with the day job. I have heard a lot of good things about the cosplay scene at the other GalaxyCon locations, and it comes highly recommended by a good friend, SuperKayce.

As for 2020, well you and your readers will just have to keep an eye on my page! Haha! West coast is a goal, but certain things have to align. As for bucket list items…Katsucon or NYC ComicCon will be on the horizon before I stretch my legs past the Mississippi. 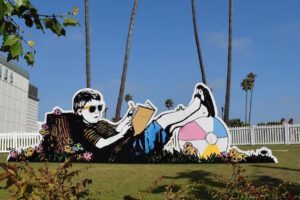 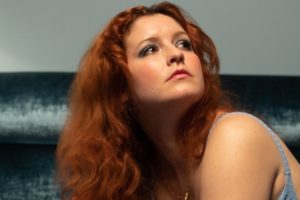 Photo Credit: Jonathan Frey When it comes to making her[...] 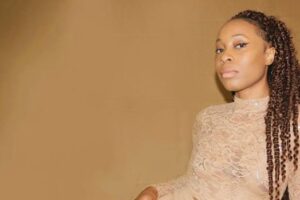 Detroit has a rich musical history that needs a light[...]