Standardized tests. Stressful as a child for a number of reasons, but for a mixed kid – having to choose a race box sent me into a mental panic. At least that’s how it was growing up pre-millennium. Today, you can opt-out or even choose the almighty “two or more.” A change of the times? Perhaps so because it seems like whether it’s race, gender, or even genre – this generation is just plain tired of fitting into one box.

That’s why bands like Mundy’s Bay are no longer surprises to me. Bands that you really would have a hard time filing away in a music store…if those physically still existed in abundance as they once did. Nevertheless, their debut LP from Pure Noise Records, ‘Lonesome Valley,’ will be here at the end of the week and we talked to the whole band about it. From blurred genre lines to growth to their upcoming tour alongside Hunny and Bay Faction.

Kendra: When it comes to style and genre, the lines are blurred and as a whole, you guys don’t feel like you belong here or there, and that’s kind of how you approach creating, right? Musicians before you were from a different time and today, people do feel the need to break out of confined boxes not only with gender and sexuality but it appears music as well. Do you feel that’s a generational thing, not wanting to feel constricted by labels?

Vic: That’s a great question. When we started playing together a couple of years ago, we didn’t intend to break out of a scene or a specific type of music. We just felt like we got along and wanted to play together, and we kept playing for a while before we started to sound like we do now.

Subcultures have brought us great music, ideas, and fashion but when we first got together, we just wanted to play something that felt right and put everyone’s potential in the spotlight. I think in some ways we can thank the internet for the general openness of our generation. It’s so easy to be exposed to new ideas these days and find information about the stuff you want to nerd about, which means you can get into punk and afro-beat within the same day.

That’s breaking barriers, because when I first started attending concerts, my way of finding out about new bands was to check out the older punks’ jackets, which, in retrospect, was pretty constrictive. I think our generation is also realizing that most “truths” we were told growing up are not panning out, there’s a certain sense of panic with the state of the world and our planet, and who really needs labels when this stuff is way bigger than us?

Esther: As a band, we weren’t confined to wanting to write within a certain genre of music. It’s a mix of what we all like, and we were able to come together and explore different things. I think for sure things are changing in music and in society today, people are breaking out of social norms and are inspired and encouraged to be themselves.

Kendra: Together you’ve already dropped a couple of EPs and now we’re about to get your debut LP. How do you feel you’ve grown in the lyrical sense since now compared to your previous EP releases?

Esther: I feel like with anything, the more you practice and create you grow. So I definitely think there is a sense of maturity within my writing looking back at what I was writing in the beginning. Also, with my writing style, I draw on a lot of personal experiences for inspiration, and as life moves on those experiences change, so my lyrics will change as well.

Kendra: You’re starting with a “Goodbye.” It’s your lead single and a damn good one! With that, there are so many ways we can say goodbye today but which one do you feel is the most sentimental?

Vic: I think the most sentimental I got in recent years saying “Goodbye” was when we left France two years ago after such a nice tour with our friends in Off Models. We hung out in the same van for two weeks and got to eat, drink, and play with those guys and it was such a blast. The last night was very emotional because on tour you spend so much time with each other you become like a temporary family. I think we all shed a tear driving back to catch our plane in Paris right after the last show.

Esther: For me, whenever I say goodbye to my partner we say “I love you” before we part ways. So that’s definitely the most sentimental

Kendra: Something that brought you all closer was your shared love of music from the ‘80s and ‘90s. There’s one genre of the two I’d personally live in forever, but as a band which do you feel you’d fare better in?

Vic: I think this one will be hard to get a common answer for all of us. Personally, I think both eras were great for different reasons. The ‘80s had a lot going on for them. Styles popularized in the ‘70s were brought to new extremes thanks to new technologies and younger musicians catching on to the hot stuff. It brought music to new places.

The ‘90s seemed like such a time because you could still be somewhat extreme and be a rockstar, and big companies were willing to bet on small independent bands with crazy ideas. So yeah, maybe we can’t really separate those? Who knows, I love Oasis as much as I love hardcore, post-punk and pretty much anything the ‘80s gave us.

Esther: There are so many great bands that have come out of that decade so I can’t really decide. I feel like a lot of alternative music in the ’90s was at its peak, so maybe I’d lean towards that.

Kendra: Right after ‘Lonesome Valley’ drops you’ll be heading out on the road alongside Hunny and Bay Faction. What’s the one must-have thing you take on the road that others would probably classify as nonessential?

Victor: I once tried to bring a cooking knife on tour, the rest of the band thought we would get in trouble at the border, so I had to leave it behind. Does that count?

Esther: As a female in a band with all males, dry shampoo.

John Donnelly: I bring flip flops so I can shower anywhere.

Kendra: That run wraps up in Texas on April 6th. Do you have any big plans brewing for after that?

Victor: We have some more shows in the works but nothing we can announce just yet! We’re also thinking about a lot of cool projects we wanna do as a band. We want to push our creative boundaries and see where that brings us. 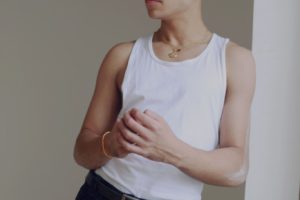 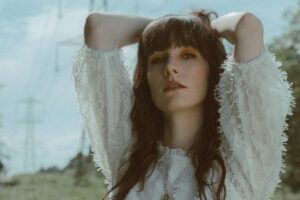 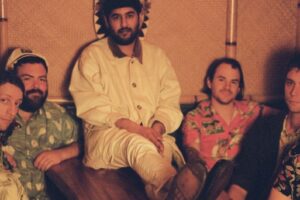