Influenced by no one, in particular, LA’s own Mystery Rose kept her distance this past year due to, well, you’ve seen the news, right? At that time this teenage talent kept her distance and let that isolation guide her inspiration. From that, her 2021 release, ‘Socially Distant.’ We talked about the record, the return of live music, and what to expect next as she’s just getting started.

Kendra: Your 2021 release, ‘Socially Distant,’ is heavily inspired by the isolation brought on by the pandemic. I think we all personally had a breaking point since March 2020, but also a point in which we pulled ourselves back up. Was writing this record the moment you picked yourself back up?

Mystery Rose: No, I would say that most of these songs were written and recorded in the dark times of isolation during COVID. I remember making the album cover with a simple photograph. It captured the moment perfectly. It was a beautiful sparkly mask caught up on some branches, blowing in the wind on a semi-dead bush. It kinda represented how I felt.

Kendra: It was hard not to be moved by the pandemic as a whole, and I’ve heard a lot of music based around various aspects of it as of late. Other than changing how artists wrote over the past year or so though, COVID changed live music too – but being in LA do you feel a little safer returning to the stage knowing all the mandates for safety in your area?

Mystery Rose: Yes, it is very exciting to see that live music is back. There are a lot of safety protocols, but the audiences have been great and supportive and the energy is lifting. People are out having a good time again. It is so fun to be on stage feeling that positive energy coming right at you. So great when people start dancing or waving with the music. You can feel them “let go.” It is so great to offer people this moment.

Kendra: On top of the pandemic and all the feels from that, this album also deals heavily with relationships. I think anyone who has ever had to deal with a breakup can hear themselves in “Stability.” For you, have you ever gotten any solid advice for remaining stable after a relationship’s gone south?

Mystery Rose: I think the best thing to do is to just accept that it was not meant to be. My favorite lyrics to this song are, “Chances are you can’t see, you are messing with me. It is affecting me eternally, mentally, you are messing with my stability.” It is such an honest feeling. It takes strength to admit that someone might create a lingering feeling.

Kendra: Time for a side note…With the holidays coming up, I want to know what classic holiday song would you like to give a makeover in your style?

Mystery Rose: I actually have written a few original holiday songs that I hope to get recorded in time for next year. However, I really like Mariah Carey’s “All I want for Christmas is You.”

Kendra: Okay, back to the music – with 2021 almost being over, what can people be on the lookout from you as we head into the start of 2022?

Mystery Rose: I have five songs recorded already for my next album. I am hoping to release it next fall. I will be continuing to do live performances with my bandmates. They are so awesome. I have Jerry Buszek on drums, Indy Leary slinging guitar, and Dan West playing bass. I also do an unplugged show that has Dan West on keyboards and/or a 12-string guitar. 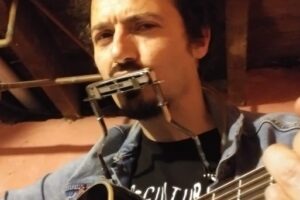 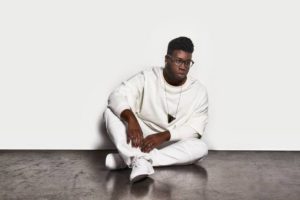