Not too long ago, last week in fact, Novaa dropped her new EP Stolen Peaches. While most 19-year-olds are enduring their first year or so of college, this woman is already grounded in her career path that’s paved with music. Not only an artist, a producer as well – Novaa taught herself before she could legally drive in the states. Impressive to say the least, Novaa is a rising star in the electro-pop scene and we were lucky enough to talk to her about her single, “Sex,” her new album, and more.

Kendra: When did you start discovering your knack for producing?

Novaa: I started producing when I was about 15. At first everything seemed super complicated to me, and it was really hard to make anything sound good. But after some time I got more into the details and dared to experiment more. It’s amazing how one single person can create a whole world of sound and translate her/his ideas into music. To me producing a song is like building your own little world.

Kendra: Would you say it’s harder to get a grasp on that or songwriting?

Novaa: Well producing requires more technical knowledge and musical understanding in general. So in my opinion producing is harder to get a grasp on. But it’s difficult to compare them because they depend on each other. And in the best case you’re able to do both – it’s easier to write songs when you’re able to produce it and it’s way more fun to produce when you also write songs.

Kendra: Did you produce the majority of your upcoming release, Stolen Peaches?

Novaa: All the songs from Stolen Peaches are produced by me. I think Stolen Peaches was written, recorded and produced in about two months total. I was kind of locking myself in my room until the tracks were finished.

Kendra: We’re not immune to songs about bedroom antics and sexuality, but with your single, “Sex,” were you concerned at all that it may be a little risque?

Novaa: To be honest I didn’t think about how the songs will catch on someone. Writing and producing them was like breathing out, so all these songs are very honest and raw. I never thought about if people will like them or not, I just wanted to share my thoughts and energy.

Kendra: Have you always been open about sexuality in that sense?

Novaa: The funny thing is that “Sex“ is not about sex. It’s about sex referred to the gender. The message of the song is that there is no need for genders, for a body, for physicality, for sex to make love to someone.

Kendra: Nevertheless, you’re very open with your emotions. You’ve said you wear your heart around your neck rather than your sleeve. Have you always had your guard down like that, willing to be so open with everything?

Novaa: When I think of my favorite artists, they all have one thing in common. They are all completely honest and straight. That’s what I want my art to be too. So I always try to be completely open and honest in my music.

Kendra: Now you’ve been compared to one of the most eccentric artists – ever, Bjork. Music aside, are you a fan of her fashion, aesthetic or performance style as well?

Novaa: Björk is living art to me. Everything she does serves her music and her creation. She lets go of her “human self“ and puts down all the standards that would restrict her. I’m a huge fan of everything she did so far.

Kendra: Will you be touring around the release of Stolen Peaches this fall or are you waiting until the new year?

Novaa: Unfortunately as the projects are gone, we won’t play concerts with the EP. But hopefully there will be a tour after the new songs come out.

Kendra: Speaking of, what is coming up for you come 2017?

Novaa: I feel like 2016 has been a very strange year so far referred to all the things that happened. So for me 2017 feels like a year of change, not only a change in my music but also a change in the whole world. 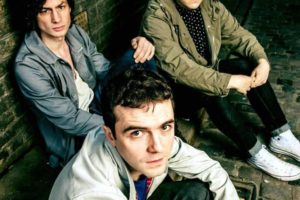 Inspired to go against the grain Jamie Quinn wanted nothing[...] 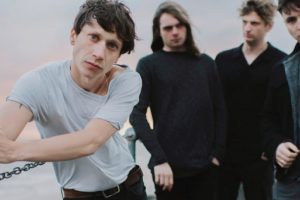 Photo Credit: Ania Shrimpton Photography When it comes to leaving[...] 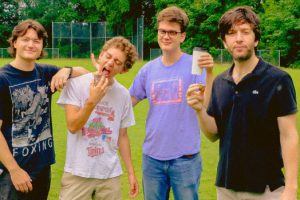