When it comes to making the most of your musical abilities, Ori Kawa has done that and then some. Drumming, DJing, and now singing for Ori Kawa & The Entals. It’s been one heck of a journey, and it was nice to get a chance to talk to him about part of it. We chatted about the new album out this week, making the most of technology while apart, and more in this back and forth exchange.

Kendra: You started behind the drums, fell enamored with House culture and started DJing, and then found your voice as a singer. Do you feel there are still musical layers of yourself you’ve yet to uncover?

Ori Kawa: I do! There are a few instruments I’ve always wanted to play. If the timing is right, you can pick up something and it will feel natural. That’s how you know it is a good thing to pursue and practice. Also, the musical landscape is always expanding and coming up with new movements, so you don’t always know what you might come up with as a reaction.

Kendra: How was the transition from being a drummer and DJ to being center stage as a singer? Did you have any initial nerves utilizing your voice in a new way?

Ori Kawa: The kind of drumming I was most heavily involved with growing up was taiko. Groups I have been in are open to incorporating contemporary flair alongside the traditional movements. In this type of performance group, drums are the dominant instrument, and there are lots of opportunities for solos, probably a lot more than for a set drummer in a traditional band. I definitely hammed it up when I could, sometimes throwing in some poppin’ style for fun. So, I’d say a good portion of my drumming upbringing was already center stage. This made certain aspects of the transition smooth, but there are other angles with vocals that did bring new challenges.

Adding words to the mix adds another dimension of meaning. Especially when writing as well. It’s like, you want people to be able to interpret lyrics themselves, but you don’t want to be misunderstood. Flubbing a note/pitch can be distracting, but flubbing a word can change the meaning, mood, and/or message (for better or worse). This is partly what makes me believe that we all start out musical because as kids in school, we sing. Meaning and message mean less, and we just sing together for the sake of the musical experience. It’s the closest thing to the whole dance like no one is watching this type of thing, but with a group. Along the way, we unlearn this ability because of the other things we learn that can cause us to be hesitant.

As for the DJing, there are a couple of DJs that I saw frequently that would sing during their sets: Chuck Love and Colette. They blend the two so well that to everyone, especially the audience, they exist nicely in the same space. Witnessing their sets helped quite a bit.

Ori Kawa: Ooooh good question! This is the first I’ve been asked this, so the answer is subject to adjustments…I have been thinking of these prints I want to make for my home “dojo” that are personal definitions, and there just so happens to be three of them, so let’s see how they apply to our band:

INTEGRITY – “Say what you are going to do, then do what you said you were going to do.” The way this applies is to collaborate on a professional level. If we are in the habit of delivering on what we promise to each other during production, then it sets a foundation for delivering on stage to fans and venues.

DISCIPLINE – “Do what you know you should be doing, and don’t do what you know you shouldn’t be.” There is a saying about bands, creative groups, and even sports teams about the total being greater than the sum of the parts. Well, what if you start out with really awesome parts? This pillar addresses the respect that a player should have for his/her craft as an individual. Being a student of your instrument is eternal.

POISE – “Maintaining behavior that is up to your personal standards when reacting to both success AND adversity.” There are a lot of ups and downs in the music industry and life in general. This is often easier said than done. But that is why I need to print it and hang it on my wall because with all the craziness going on these days, I could use a constant reminder!

Kendra: You and The Entals have managed to work well together with some in Phoenix and others in Chicago. How blessed do you feel musicians are today with things like Zoom and having that ability to create art with so much distance between them in an instant?

Ori Kawa: Glad you mentioned this because the resources we have these days were essential to the completion of our EP. One of the innovative platforms that we relied on heavily is Splice. It integrates the major DAW’s and makes collaboration so smooth. Basically, they host your project files (for us it was Logic, Ableton Live, and Pro Tools) on a cloud and when any party makes a change to the project, it updates.

It also saves backup versions, so you can update without fear of permanently re-writing the song. This eliminates the need for bouncing, uploading, downloading, notation, and all the things we used to have to do to progress a project any time there is even a slight change. So then, it progresses much more naturally. Having to do all that stuff before you can record can really kill creative energy. I also like the ability to comment on a timeline, so you can be like, “Hey, this part is dope!” or “play that one lick here”, etc.

And there are even more resources for us now too, more so in the service/technical marketing realm. SoundBetter and Airgigs are these awesome communities of creatives that put their services up for hire. I was able to enlist the top-notch musicianship of backup singers, horn players, and engineers that added spice and professionality to the project.

Kendra: You four managed to come together and create your November release, ‘Draw 4.’ With so many styles going on in just four tracks – was the recording process ever chaotic?

Ori Kawa: Surprisingly, the recording process for ‘Draw 4’ has been the least chaotic that I’ve ever experienced in my 15+ years of haunting recording studios.

Kendra: I always feel like yeah, great musicians are always going to work well together and manage to create great things but you have to bring amazing personalities and skillsets to the table as well. What do you feel Oscar, Todd, Myron, and yourself bring to the group outside of music that has made y’all work so well together?

Ori Kawa: Well…thank you! And, you’re right about that feeling. If you get a bunch of very technically advanced professionals (in any field) together, their interaction is going to be great. But what puts their creations out of this world is the ability to really talk to each other, in their respective language, about their life experiences. I believe that a major contributor to our band’s synergy (btw, can’t stand the corporate ownership of this word, haha. But it’s such a good word!)—is the study of Pillar ii, discipline. And this ties into why the recording process went smoothly for us.

Oscar, Todd, and Myron all pursue excellence with their instruments on their own, but also, they make a point to keep up with music technology. We were only able to collaborate efficiently because they each have their own high-quality rig and know how to extract their best performance with it. This was so important, especially during lockdown. We were able to pass our project back and forth and keep it moving. I would say I’m the least technically knowledgeable of the bunch when it comes to music theory, improvisation, and skill, but they provided a comfortable space where I was able to contribute what I could with lyrics, arrangement, and sonic quality.

Chicago also has a lot to do with it, I can’t let that go unmentioned. Roots run deep in that city. You cannot spend any extended amount of time there and not become intertwined with those roots. Wow, what a city!

Kendra: So let’s talk about ‘LIES.” I’m glad you mentioned zombies because as soon as I pressed play I was like, okay…this is spooky, but also a little funky. So my head went more towards Elvira, but if you had to pick a classic horror character to star in the “LIES” video, who do you feel would fit the aesthetic of the song best?

Ori Kawa: Nice. Elvira, I like that. She would definitely have this song on her playlist. I can see her chillin on the couch with her earbuds in when she’s taking a break from a long night of feeding and soul-damning.

It’s hard to choose just one! I would say Count Dracula. Or wait, are you a fan of the ‘Underworld’ franchise? “Lies” would be if the vampire-werewolf hybrid from ‘Underworld’ got bit by a zombie on acid and then went surfing.

Kendra: With the album out in November, are you planning on playing any dates before the holidays, or are you holding off until the new year?

Ori Kawa: Holding off until the new year. We are looking to crank out a few more originals with our current process. Ideally, we want to have a nice steady flow of releases lined up. If they are consistent in quality, then it will be time to start planning some shows based on the response to our songs. It will be nice to perform them in front of a crowd, as we are a band born of the pandemic. Thank you very much for your interest in our music, and we hope to play in your town soon! 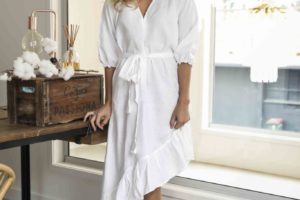 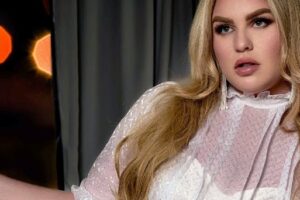 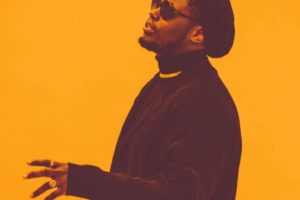