“I was always interested in human artifacts, creation, discovery, and exploration.” – Robert Lundberg

One just never knows where life will lead them. When Robert Lundberg was pursuing a degree in Criminal Justice and later a certificate in graphic design, not many would’ve guessed he’d later pack his bags, move to New York City, and discover his gift for photographing not only musicians and comedians in their most intimate spaces; both backstage and performing.

“When I first came to the city I so happened to meet a few fellows into photography/film work who lent me a decent camera, I was then off and running capturing the new sites that surrounded me, I guess one would say the Universe interjected itself and handed me a camera,” adding, “Again, as fate would have it, I met my current partner that summer of 2017, who noticed my street images sequenced on my apt wall, and forwarded my work to Paste Magazine, that August I began my journey into fully pursuing the art and craft of photography.”

He went from a kid into archeology to a man with a Criminal Justice degree to a photographer in New York City. Life, it takes you for a ride, doesn’t it? And Robert’s has taken him to his upcoming show that’s been dubbed an “immersive experience” called Uncontaminated Sound II on August 9, 2019 at Arlene’s Grocery in NYC from 7pm-10pm, and he’s talking to ZO about that and then some.

Kendra: Boston isn’t short on great comedy and music scenes all it’s own but you traded it in for NY. What was behind the reason to lay down roots in New York state?

Robert Lundberg: Well, there’s something so freeing in the idea of just picking up and moving to a new city; the diverse perspectives that one sees and challenges that one faces gives one greater -knowledge of the human experience. At the time I was living in the Boston area I wasn’t focused on capturing live performances, and photography wasn’t in frame as a serious pursuit.

When I made the decision to pick up and move, I was really seeking a new life experience, Boston is a smallish city, my soul was seeking a new (challenge) plane of existence, additionally, something was calling me towards NYC, it might have been a bit of romanticism, the cliched fleeting artist to New York City. But I felt that something (that wasn’t in Boston) was drawing me to making the move.

Kendra: In your opinion which comedy club and music venue are the best for fans and which are best for photographers?

Robert Lundberg: Another good question, in a general I’ve always leaned towards more intimate venues as a photographer and fan, one has the chance to capture more authentic performances. On the photographic side of things, arenas are chaos and there’s so much competition for that one upshot (for example of a musical performance), applying the arena principle to say backstage access the subject has less time with the lens, and the room is (if there is one) full of people each attempting to gain a bit of attention from the subject, thus the opportunity to capture a truly intimate image is limited.

Conversely, though to see a big act as a fan say in Madison Square, the spark of excitement lingers throughout the entire space, ie a collective energy that spreads to the stage in which a fan might be lucky enough to experience a historic performance. As my taste, I love shooting and being in the audience within the confines of historic performance spaces, stages in which the ghosts of legends still linger.

A few specific venues I enjoy in the city are Mercury Lounge, Bowery Electric, Arlene’s Grocery, Town Hall, Knitting Factory while upstate I suggest for a truly intimate experience visiting Colony in Woodstock, NY. Paramount Theatre, in Peekskill NY, is also a cool historic theatre in which I’ve captured Sindbad, while the Bethel Woods Center for the Arts, Bethel, NY where I captured Louie Anderson, is the site of the original Woodstock festival.

Kendra: Musicians are used to getting their photos taken, I’d say more so than comedians. With that, do you find comedians more or less comfortable with you and your camera around than the musicians you’ve shot for Uncontaminated Sound II?

Robert Lundberg: With any performer, particularly working within the contexts of a backstage environment, the goal for myself is intrude as little as possible within the confines of the subject’s space. This means no external lighting and keeping relaxed energy which tends to loosen up a performer or person in general. To wrap back to the level of comfort difference between comedian v musician I’m not really sure, I mean the comedians I’ve captured so far: Louie Anderson and Sindbad, are not camera shy by any means, I can’t imagine how many times the lens has captured them, being both legends of the comedic field. Though I’ve yet to cover up and coming comedic acts, which sounds like an interesting expose.

Kendra: I think we’ve come a long way from the days when sex and drugs were associated with the rock and roll lifestyles of musicians in the ’80s and early ’90s. But that’s just me standing in the crowd as a spectator. As someone who is often backstage with a camera in hand, do you ever have to think twice about shooting musicians backstage because things are getting out of hand or are musicians pretty chill nowadays like I expected?

Robert Lundberg: I often wonder if the current music scene is missing that edge or rawness, shall I say the cool factor that was once framed through powerful sometimes painfully real lyrics that were molded at times by the mechanism of sex, drugs, rock n’ roll…I mean I bit of craziness has always contributed to good art. Your observation is basically correct however, regarding today’s bands who seem more on the level.

Roaming backstage I’ve noticed performers super mindful of the health of their vocals ie drinking tea and steam, etc. Generally, drinks are water, coffee, tea, soda, and maybe a few beers or two but nothing crazy, otherwise the atmosphere before a performance is one of a mellow game time focus, though all artists are different. I think things are tamer now since society has become cleaner per se, while artists are well aware of the negative effects-heavy partying and drugs have on their creative output.

That being said, I would never shy my lens away from shooting an artist getting a bit crazy, I look for raw moments of humanity, thus those types of shots would be really interesting and unique, of course though, unless I was specifically informed not to shoot or release said images to the public, however if not, everything is fair game once access is granted.

Kendra: Can you tell us more about what people can expect when they head out to Arlene’s Grocery for Uncontaminated Sound II in August? You’re having music as well? Are any comedians going to show up for a set?

Robert Lundberg: Sure thing! Welp, once again I have three bands whom I’ve shot performing, immersed within the atmosphere of Arlene’s Grocery in which I’ll line the walls and gallery with selected shots from this crazy journey I’ve been on. I’m super excited to have Philly based Trash Boy and Boston based Glass Mannequins returning, both of whom hold their unique sound, additionally, I’m very pleased and stoked to have Kip Berman’s (Pains of Being Pure) project The Natvral close out the night. People should expect an environment filled with diversity, creativity, and fun. Unfortunately, no comedy acts at this point though it’d be cool if Sindbad popped up and was the MC for the night!

Kendra: After that, what are your plans as 2019 continues to roll on?

Robert Lundberg: The toughest question, the proverbial what’s next, so far I’d love to continue Uncontaminated by expanding my exploration of actors, comedians, musicians, while also diving into more diverse musical genres. Additionally, I’d like to capture fine artists within their workspaces be that studio or the street with respects to muralists. But who knows! I never planned out any of this, I like the unknown, what fun would life be without mystery? 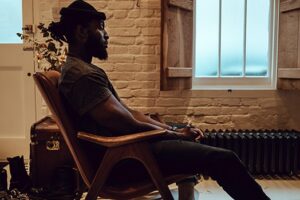 The gift of performing on a variety of stages isn’t[...] 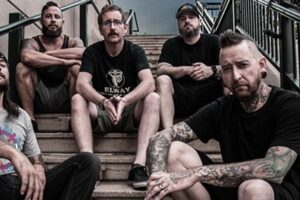 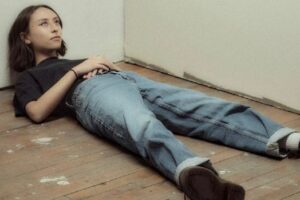