Having grown up in more places than I have ever been in my entire life before she was in the second grade, Ruth Koleva has seen the world and then some. Landing in Bulgaria she found music thanks to the wonderful world of cable and soon found herself growing up faster than usual when her singer-songwriter talents led her across the globe in a big city all alone. We talked about all of that and much more, like her upcoming album and tour below.

Kendra: Bulgaria isn’t a place I can honestly say I’ve thought of when it comes to music. Where and how did you find your voice and growing up?

Ruth Koleva: My parents got divorced when I was 10, and I was going through a very difficult times. At that point we first got cable television with VH1 and MTV, I was spending hours everyday recording music I liked, and slowly started to learn from those VHS cassettes. I found salvation from the pain at home in singing along to Lauryn Hill, Jill Scott and Erykah Badu. That’s how everything started. I was blessed to travel a lot from early age, I spent the first six years of my life in India, Bahrain and Thailand. Bulgaria is a weird place to do music, but the community of young people is surprisingly advanced in all forms of art. You’d be shocked how many talented people you’d meet in Sofia, and I am talking – art, entrepreneurs, writers, cinematographers, photographers.

Kendra: You did leave to attend the Hollywood Pop Academy. What was it like to experience a new place?

Ruth Koleva: My first experience in a new place was when I was 15 in New York, I was going to sign to a major label, but dropped the deal after it turned out I’d become a slave to music I didn’t want to make. The Hollywood Pop Academy was a great experience, in terms of learning a lot about business, dance and entertainment. I also had great vocal teacher there. On the downside, can you imagine a 16-year-old Bulgarian, living alone in LA, with no car and little budget? It was very tough for me, and I had to grow up very fast.

Kendra: What was the one lesson you learned from there that you feel you wouldn’t have learned otherwise?

Ruth Koleva: I learned to cook. I learned to take care of myself. Living alone in such big city is a great shock for a person coming from the other side of the world. I learned to be responsible, and to respect opportunities.

Kendra: How does your current singles, “Basil” and “Tokyo,” differ from what was found on your 2014 debut?

Ruth Koleva: I have grown a lot since that release. I was fortunate enough to work with amazing musicians on my previous record, and also I learned how to work under a lot of stress, write, record and manage. It’s a huge step forward for me.

Kendra: Will these two songs have a home on a new record soon?

Ruth Koleva: Yes, the record is coming up in May, it’s called Confidence. Truth.

Kendra: Lastly, what else is coming up for you this year?

Ruth Koleva: We are releasing four remixes of “Tokyo” by Dj Spinna, Foreign Exchange, Kaidi Tatham and Positive Flow. Also in May I will do a European tour, look out for dates here, and a US tour is lined up for October/November. 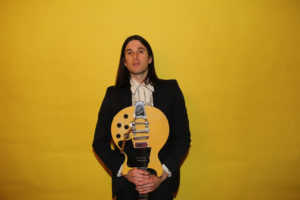 Where you go you when you’ve reached and sat at[...] 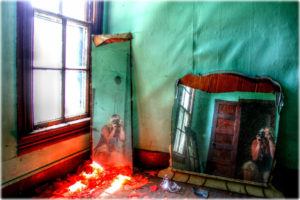 Danna Nicholson Captures the Natural Side of Life

“One of my earliest memories is sitting on the floor[...] 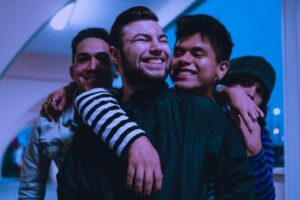 Somewhere out there a man is missing some fingers and[...]