Whether it’s cultures, religions, or race – when you have more than one making up your existence, the balancing act can be well, interesting. For me, it was always the classic case of being too white for the Black kids and too Black for the white kids. For artists like Simha it was trying to keep their South Asian heritage balanced with their western culture upbringing. That’s where our conversation started but as we unraveled each layer we got into their new EP, ‘After So Long,’ working with their parents and more in this back and forth exchange.

Kendra: You speak a lot about the idea of east meets west in terms of culture. For you, what was the biggest hurdle in your artistry in finding a way to make the two coincide?

Simha: To be quite honest, I don’t consciously try to make the two coincide. My heritage is a huge part of my upbringing, especially in arts and music. My first experience of music was through Indian Classical lessons, which I was immersed in for about 10 years of my childhood – to a point where I was almost exclusively listening to Indian music.

It wasn’t until I was 16 that I completely chose to switch to western music. Now in my songwriting, production, and singing, I notice little glimpses of my formative years in Indian classical music through harmonies, melodies, and stylistic choices that I make with my voice. I think the real hurdle is finding a way to let those glimpses make more full robust appearances while still holding true to my jazz and soul influences. That’s something I’m still learning to explore more.

Kendra: We get a big dose of that though in your video for “After So Long.” It’s not only set in Mumbai, but you’re speaking English and your parents are delivering the words in Hindi. Did they question why you wanted to pursue a creative career in the beginning?

Simha: Well, yes and no. I think that my parents really wanted something stable and secure for me. We are a family of immigrants, and my parents definitely struggled a lot to be able to find the stability that they have now, so naturally, they wouldn’t want me to go through a similar struggle.

They weren’t quite happy with either decision. I think eventually they caved and were happy that I had something I was so passionate about. Looking back at that moment, I’m really proud of myself for pushing for what I wanted to do with my life, and I think my parents are really proud of how much I’ve accomplished. I’m not gonna give up, so they definitely see that haha.

Kendra: We should mention, “After So Long” is more of a poem than a song. Did you go back and forth about how to deliver these words, or were you set from the start on a poetic route?

Simha: I had a rough demo for when me and my co-writer, Jae, were fully intending on this track being a song, which will never see the light of day. After trying so hard to set the words to melodies, we just started reading the lines back and forth to each other. I think this was when we realized that it was already where we wanted it to be. I think a lot of people underestimate the spoken voice and how powerful it can be. Of course, the work after the initial decision was very tedious, but the outcome was something I wouldn’t have even imagined.

Kendra: Being openly queer and South Asian, I can imagine there wasn’t a lot of representation for you growing up, and with your art, you’ve chosen to be open about things like mental health, identity, and belonging. What do you think having an artist like yourself as a kid would’ve done for you then?

Simha: It definitely would have saved a lot of insecurities from festering. If there was a queer, South Asian artist when I was a kid, I think I would have believed in myself more rather than thinking that there isn’t a place for people like me in the industry. I try to be as diplomatic as possible when it comes to the music industry, but there’s no denying that there’s a systemic issue with race in the industry.

Black and brown artists don’t get the same consideration as white artists. And don’t even get me started on being queer. This is a conversation that keeps going and won’t ever stop till there’s change. Kids are consuming media way more than I did when I was a child and we need to be more conscious of how that affects their self-image. I’m so grateful for artists like Lizzo, Raveena, and Lil Nasx because they are truly pushing the envelope for many intersectional identities and marginalized communities.

Kendra: Do you feel a sense of pride knowing you can be that representation for people today?

Simha: I don’t know if it’s pride or a sense of solidarity. I was the first queer brown student to sing the national anthem at my high school graduation. Although that was a long time ago, I was proud of who I was and continue to be. Through my music, I only hope to continue to help cultivate communities that have supported me and be able to continue to pass the baton off to other queer South Asian artists. When one of us grows and succeeds, we all do.

Kendra: So listeners can hear “After So Long” on your debut EP that bears the same name. It features a half dozen tracks, including “Strange Thoughts.” With that, what’s a recent strange thought you’ve had that you thought…WTF?

Simha: Well intrusive thoughts are a doozy. It’s crazy what keeps us up at night and keeps us from waking up in the morning.

Simha: Oh man. I have been thinking about that A LOT. I think it would either have to be Erykah Badu or Stevie Wonder. If I had the chance to sing a song with either of them, that would be crazy lol.

Kendra: Lastly, with ‘After So Long’ out – anything else you can share with us, perhaps tour plans?

Simha: I’m back to writing! I’ve been performing locally in LA, but I have no plans on organizing a tour. I need to get back to creating and exploring. KEEP STREAMING THE EP! New music is on the way! 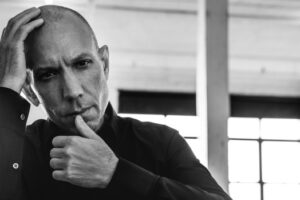 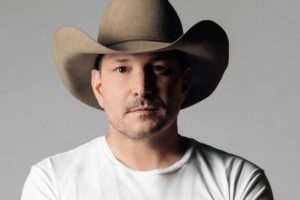 Back in the day when Nirvana t-shirts weren’t vintage relics,[...] 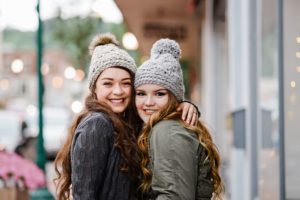