Just like with Dancakes, we’re pretty sure the work of Steve Casino is unlike anything you’ve ever seen before today. Artistic creations utilizing…peanuts? Yes, peanuts. By day he works hard to invent toys, and by night he’s recreating the biggest names in music, movies, and beyond on the shells of everyday peanuts. Of course, we had to get into the why but rest assured we covered a heck of a lot more with this one of a kind artist!

Kendra: So I can assume you knew you could draw for some time before deciding to put your work on peanuts…but…how and when did that thought come to mind?

Steve Casino: Rating myself against other people I know who can draw I’m about a 7 out of 10. But I make up for my artistic shortcomings with an insane work ethic and creativity.

By trade, I am a toy inventor at a company called Bang Zoom Design in Cincinnati. And we always have snacks in the office. Peanuts are often amongst those snacks. One day while eating some I noticed they were shaped like the head and torso of little people. I drew myself on a peanut-shaped like me with a marker and it made a coworker laugh. So I found corresponding ones shaped like ALL of my coworkers and drew on them. Their reactions told me I was onto something. Switched from markers to acrylic paint and things really began to take off. I didn’t really know how to paint, so I learned more with each one.

Kendra: Have you always been the type to stray away from the expected in terms of your work?

Steve Casino: As I said, I’m an inventor so my job is to constantly come up with new stuff. It’s a real job where you develop new ideas for major toy companies like Mattel and Hasbro. So with art, I’m essentially inventing new formats to apply my skills to. I’m not someone who can just sit down and draw something without it being a means to an end. For example, I can do elaborate paintings but only when they’re on wooden toys. I have no interest in just doing a painting on its own. Have to essentially trick myself into doing it.

Kendra: Is there a particular brand of nuts you utilize in your work or is it just about finding the right shape? Because I noticed in like your Nirvana piece, you have to get the shape just right for it to come together.

Steve Casino: I use unsalted peanuts because paint and clay don’t stick to the salt. The ones from my local Kroger store work well. A few peanut companies have reached out in the past and sent me samples of their products. Hey, free peanuts! I have a giant vat of them and sift through to find the right one. For example, someone just ordered a Jimi Hendrix peanut piece. To make it I try and find one slightly bent to the right like his pose was when he played.

Kendra: Growing up I was (still am) a huge Backstreet Boys fan and I did have a little peanut that was a “BSB Nut” but it just had basic googly eyes. Nothing as intricate as you put out. With that, do you feel like you’re offering a fan something that will put their collection above the rest?

Steve Casino: I should hope so. That has actually happened quite a bit. The world’s foremost collector of everything from The Shining has some of my work for his collection. Ultimate fans of The Who, Phish, Wilco, Nirvana, AC/DC, The Beatles, Pink Floyd, The Grateful Dead, and many others have commissioned their heroes from me. And in some cases, the actual famous person owns the work because they, a friend, or loved one commissioned it from me. Since he’s a public servant I can reveal Donald Trump owns one.

Kendra: How do your clients come to find you? Peanut art doesn’t seem to be something people typically hit up Google for – or perhaps they do?

Steve Casino: They find me through my social media accounts where I post regularly. The novelty of painting on a peanut doesn’t really translate to Instagram. People respond more to my skills so I post a lot of “making of” videos. It warms my heart when viewers get inspired by them and tell me they’re making art because I influenced them. It reminds me of all the artists whose worked tickled my brain into being more creative. And oddly enough, certain companies have found me by googling “nut artist.” Last year I worked on three ad campaigns; one for an almond milk company and two for peanut companies.

Kendra: With each piece taking some 20 hours to do, how long did you work on that epic Game of Thrones set?

Steve Casino: That one was crazy because MTV hired me to do it with a two-week deadline. I had to work 18-20 hour days to get it done. In the end, they used my pieces as puppets to reenact scenes from the weekly episodes. It was so fun to see their creativity combined with mine to make something new.

Kendra: Earlier this year I interviewed a pancake artist. And it’s just as it sounds. Do you feel like there are more and more people shifting towards less traditional mediums nowadays?

Steve Casino: Yes. Probably because (when done well) it gets a lot of attention in the media. The term “Pancake Artist” alone piques my interest without actually seeing the art. “Artist who draws on paper” just doesn’t have the same ring to it.

Kendra: Will you be showing in any galleries in the new year? Let us know what you have going on!

Steve Casino: I’ve been asked by The Hive Gallery in downtown LA to do a show in 2020. Not sure of the date yet. My wooden toys are for sale at The Compound Gallery in Oakland, CA. Gallery 1988 has some of my sculptures for sale.

It’s very weird that most of the galleries I work with are west coast since I grew up on the east coast. MF Gallery in Brooklyn is the exception. They have a great Christmas Toy art show that I love making things for. Lastly, I’ve illustrated the book Vintage Geek by Marshall Julius coming out in the US in December. 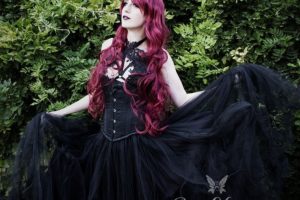 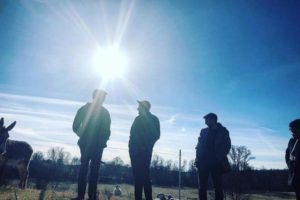 Late last year Evan of Mess reconnected over music after[...] 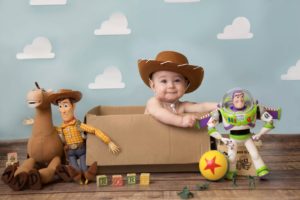