It’s human nature to be enthralled by the unfamiliar. It is one of the reasons Americans gaze longingly at pictures from around the world featuring everything from jungles and savannahs to double-decker buses. The latter being something oh too familiar to Still Corners. The pair met in London due to a mistake a decade ago, and are on the verge of releasing their fifth studio album, ‘The Last Exit,’ this week.

While they met in a place known for its rainy, hazy days, ‘The Last Exit’ was inspired by an environment that varies in every way; Joshua Tree. The desert haven for nature lovers and LA’s cool kids, Joshua Tree’s appeal continues to keep people from near and far under its spell. We talked about that, their chance encounter, and more in this back and forth…

Kendra: How many times have you thought about where your life would be today if you hadn’t been at that particular train stop and met one another?

Still Corners: Quite a few! It is crazy how easily we might never have met. If someone hadn’t put the wrong train listing up on the screen, we would never have ended up at that station and started talking.

Kendra: Also, how long did it take after that chance encounter for you two to start crafting music together?

Still Corners: We took things slowly, we started working on demos together but it took 10 months to show them to anybody. After that, things moved very quickly. In a matter of months, we’d released a handful of singles, played 30 shows, and were having beers with Sub Pop and signing a two-album deal in a pub.

Kendra: Sometime in 2020, you thought ‘The Last Exit’ was done and ready to go, but then came COVID, and the world pretty much stopped. In hindsight, are you somewhat grateful for the extra time you got to spend writing and recording?

Still Corners: Definitely, we were rushing a bit and had a timeline in place with some shows booked for summer 2020. Having the extra time worked out well for the music. We cut five songs and added five new ones. We also re-recorded some bits. The album would have been very different without this…

Kendra: How do you think you two have grown as creative partners since your 2011 debut, ‘Creatures of an Hour?’

Still Corners: We’ve always worked well together and having done it for a while now it’s getting a little easier. Some songs come together in minutes and others need more attention and we’ve learned how to move better with writing them. Often you’ll have part of a song that has promise but finding the answer proves tricky. You have to balance when to persevere and when to get out of the way of a song. Songs have their own spirit, if you listen they’ll tell you where to go.

Kendra: When I read you met in London but that ‘The Last Exit’ has a desert noir vibe inspired in part by Joshua Tree I said, what…? Joshua Tree is near my hometown and I never quite understood its appeal. Please let me know what outsiders find moving about the vast amount of sand and quiet?

Still Corners: You drive a lot on tour, huge long drives particularly in the US and it’s there that we’ve found the vast expanse of the American landscape utterly mesmerizing and inspiring. The thought that you can just get in a car and drive away and disappear is totally real and it’s that idea we keep returning to.

We call it desert fever, it’s not medical, it’s what you feel when you need to leave the city and go to the desert to feel the clean lines of the landscape and the isolation. Joshua Tree is completely unique in this way. They say there are only two places in the world that have Joshua Trees. So there’s a mysticism in Joshua Tree. People are drawn to it, I can’t explain why myself and I wouldn’t want to, I only know it’s there.

Kendra: After a couple of records, you two decided to start your own label. How has working for yourselves with Wrecking Light Records changed how you approach the business side of things?

Still Corners: We found out we really like being involved in all aspects of the release from manufacturing to distribution and promotion. Cultivating relationships with the people that work in those parts of the industry has been very fulfilling and it gives you a deeper look into how records are made and sent out in the world and the people that facilitate this. Before we would sometimes think, why isn’t this or that happening with our release and now we know that if it isn’t happening it’s because we haven’t done the work yet!

Kendra: Usually, this is where I ask people what they have planned in the coming months but with the world in a strange place right now, plans aren’t as concrete as they typically are. Can you let us know what you have tentatively planned?

Still Corners: Well the new album is out later in January and then we’ll be hunkering down for a few months. We’re really hoping to be out touring again towards the end of 2021 and are already thinking about our live show. We’re working on new songs now too. But yeah, we can’t wait to hit the road, hopefully later this year. 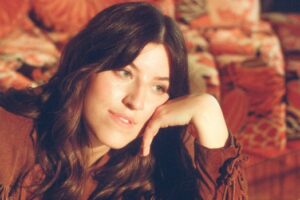 Photo Credit: Jacqueline Justice There was a lot of energy[...] 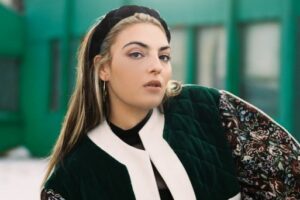 Photo Credit: Hillary Thomas Whether it was her parents coming[...] 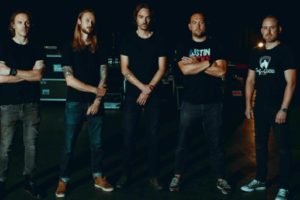