When it comes to The Storm Windows, it’s a family affair. Brothers Rob and Don Mathews have been playing together for as far back as they can remember. In recent years they decided to take some of their original pieces, as well as some covers they’d performed, and work on their official debut. We started out chat with this pair in the past, but quickly moved towards the present and even touched on what’s to come in this back and forth exchange.

Kendra: So your 2022 self-titled is also your debut release. How long had the band been together before diving into the first LP?

The Storm Windows: We’re coming off of a relatively long hiatus. The last time we played as a band was in New York City a few years ago in some Greenwich Village clubs, doing both originals and covers. We spent a lot of time on the small stage at The Back Fence on the corner of Bleecker and Thompson (now a coffee shop) and the basement of The Baggot Inn around the corner on 3rd Street (now a gastro pub). Sort of like the Beatles in Hamburg, but then we got distracted for a while.

Kendra: Were there any songs that didn’t make it on the debut that’ll likely see the light of day on a sophomore release?

The Storm Windows: We have a lot of songs, so watch this space. We went for a loose theme of the American landscape for this album, so chose songs that fit that theme. The next one will be a bit more topical, with a few love (or love-gone-wrong) songs thrown in.

Kendra: A song that did make the record is “Life is a Railroad.” Of course, my mind went to that scene in ‘The Office’ where Michael Scott and Holly are singing “Life is a Highway,” but your song is more serene than that one. I felt like when you’d sing along to “Life is a Railroad” it’d be from a calmer place. Where were you at when you wrote that one, was it as peaceful a place as the song is?

The Storm Windows: The song is an ode to the road less traveled. We were thinking about how philosophers and other deep thinkers frequently come up with analogies to explain to the rest of us the ‘bigger picture’ of what’s really going on out there – like the train (the present) rolling down the tracks (the past and future) – maybe the song is about that. Or maybe it’s just a song about a train, and trying to enjoy the ride. It’s also a travelog: part road trip; part nostalgia for something lost; part optimism for something coming. The whole album is like that.

Kendra: I noticed y’all are lovers of a good simile because you also have “Love is Like a Spy.” Now if they made a movie based on this song, who would you want to play this romantic spy?

The Storm Windows: We would both audition, but we’d give it to Jake Johnson.

Kendra: Now there is certain imagery that sort of belongs and defines certain genres. Scratchy font that resembles a pile of sticks is often a metal band’s name, cowboy hats are country, and for Americana well, it’s Americana. So fittingly you have classic cars on your site, and the album covers houses a diner likely found on Route 66. How important do you think imagery is to a band or artist, especially now that we are so keen on things like Instagram?

The Storm Windows: There are so many elements that set the tone and help create the brand for a band – it’s like the first handshake or meeting, when two people size each other up instantaneously and unconsciously. The first image or sound is key.

The Storm Windows: We would bring the dog along (if he can fit into the basket). We named the band after a John Prine song, so we would say one of his, probably the debut.

Kendra: Lastly, with ‘The Storm Windows’ out now, what’s next for you as spring continues to roll into summer?

The Storm Windows: We are promoting this one, finishing up the second and scheduling a few live performances for the summer in upstate New York. We keep our website up to date. And thanks for listening. 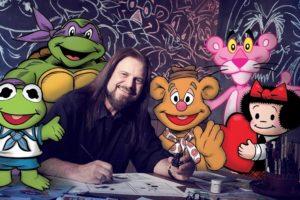 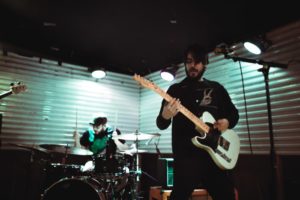 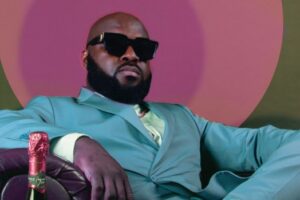