A chic trio with a lot on their minds, Suffer The Children made some admissions with their latest single, “Confessions” and are now gearing up to drop it on on an album this fall. We talked that, style and much more with their own Rian.

Kendra: You’ve been together for over a year now. Any lessons that came with those first 12 months?

Rian: To always trust your gut instincts when it comes to your creativity. A&R’ing and overseeing all creative decisions for your own project isn’t as easy as it seems, but ultimately you know what feels right to you and if you stay true to yourself and put your whole heart into it, there’s a chance that other people will find value and inspiration in that.

Kendra: So one name I don’t hear too often in terms of influence all the time is Phil Collins. Was he someone you admired growing up, or did you come to appreciate him as you got older?

Rian: As a child, I remember hearing and seeing him on the radio and TV when growing up in the UK. I knew there was something special about him, his distinct voice, the big drum production in his music, and overall sonics in his sound resonated with me. But as I got older I was able to go back and really listen to his songwriting, strong structure, and production which has allowed me to appreciate his work even more. He’s a legend, and one of the UK’s finest music exports.

Kendra: Now you guys have this very alternative take on R&B, which is what we hear a lot nowadays which is a departure from those huge soulful R&B hits of the ‘90s. Why do you think songs like that from Boyz II Men, Brandy and Mariah and others aren’t as prominent today?

Rian: For me, 90s R&B was a golden time in music that can never be duplicated. The sound of artists from that era are deep-rooted inside me and still provide an influence up to this day. I think that’s quite common among musicians of this generation – we came of age and grew up with this music. The current R&B sound has evolved, but it’s still very much rooted in the classics, not just from the 90s but much farther back – it’s all relevant.

Those artists are and will always be legends. I just think people are expressing themselves in a different and modern way. The world moves on, and art moves with it.

Kendra: Let’s talk about “Confessions.” Will that be finding a home on an album soon?

Rian: Oh yes, for sure. We’ll be including it in our EP release this fall.

Kendra: Your whole look and sound gave me this uber-chic Lisa Bonet vibe. With that, where do you feel your sound would fare better…on the soundtrack to A Different World throwback or something more modern like Netflix’s Dear White People?

Rian: A Different World would be awesome! I used to watch that show as a child when it would come on TV back home in England. I loved it! I used to think Dwayne Wayne was so cool and the chicks were so hot, especially Lisa Bonet.

But as cool as that show was in its time, I think that our music would probably make more sense on something a bit more modern like Dear White People.

Kendra: Will you guys be heading out of Canada for a tour this year?

Rian: No plans to tour as of yet, we are still deep in the studio writing and recording new tracks.

Rian: It’s all about releasing new music and visuals! We have some cool things in the works that we’re excited to share with the world and will be putting stuff out online around once a month.

Kendra: Lastly, here at ZO, we’re really into all aspects of creativity. With that, if you had to compare your sound to a work of art, which would it be and why?

Rian: Needleshaped Silence, by a Copenhagen-based collage artist named Oejerum. It’s a really cool series of work that I came across on Instagram the other day. For me looking at these images, I see darkness, but also the beauty of light. 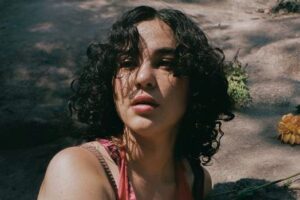 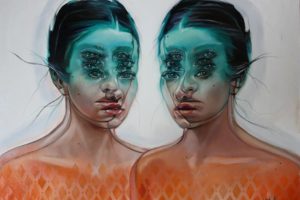 We’ve all had that moment in our lives where we[...] 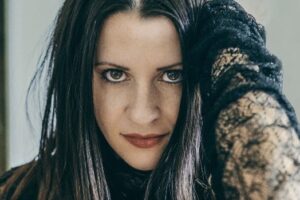 Covering all the Bases with Heather Walton

As someone who headed off to college the year YouTube[...]