ZO was honored to have Harry at our launch event and as a judge for our first Poetry Expo!

Harry Grammer is an activist and award winning reformer working with the juvenile justice nationwide system. In 2017, Harry was honored as a CNN Hero and in 2018 selected as an inaugural Obama Foundation Fellow. As the Founder and President of New Earth, Harry brings his leadership and visionary spirit, along with an extensive background in teaching poetry, advocacy and leadership to incarcerated and at-risk youth. For the past 14 years, Harry has been the head instructor and training for all New Earth programming that is offered to over 1,500 incarcerated and formerly incarcerated youth per year in Los Angeles County. Harry has personally worked directly worked with over 10,000 youth since the inception of the organization. In addition to developing and teaching core curriculum, and designing new programs, Harry also trains and manages New Earth staff both in detention centers and at New Earth’s two charter school re-entry centers for system-involved young people. He has a stellar track record in keeping the youth he works with from recidivating and on a path of productivity. Harry has his Ph.D. from the Community, Liberation, and Ecopsychology program at Pacifica Graduate Institute in Santa Barbara. 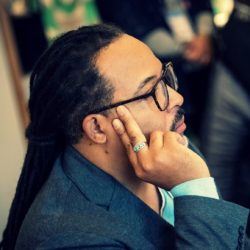