Magdalena’s literary memoir, a work-in-progress, is titled In the Middle of the Road: Traveling with Elizabeth Bishop, Clarice Lispector, and Raúl Zurita. Other translations include poetry by Chileans Raúl Zurita and Nicanor Parra, essays by several Brazilian intellectuals, and a posthumous novel titled Love by the Chilean surrealist Juan Emar, who was her paternal great-grand-uncle (born Alvaro Yañez Bianchi). Forthcoming film projects, credited as Magdalena Emar, include HANDPICKED (Palula Pictures), UNTITLED Dracula Project (Studio4/Rabbit Bandini), and DOC IS IN (Zoom & Emar). Magdalena is preparing her one-woman show I WANNA BE ROBERT DE NIRO for LA’s Fringe Festival 2017. As a public speaker, she has participated in events with the Hammer Museum, the Library Foundation of Los Angeles’ ALOUD series, and the Los Angeles Review of Books. Magdalena holds a BA in Social Studies from Harvard and a PhD in Comparative Literature from UCLA with an emphasis on translation and twentieth-century poetry from the Americas. 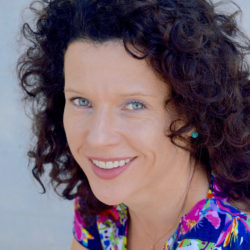