Understanding Neo: A Walk Though the Matrix

“Ever have that feeling where you’re not sure if you’re awake or dreaming?” – Neo

Does anyone know what they’re doing, right now?

Chaos reigns, as we all experience these uniquely challenging circumstances — each in our own inimitable way.

More and more, the lines between fact and fiction are blurring as life imitates art.

If ever, there was a time to question your reality, it is now.

In fact, it is possible, at this very moment you could be living a lie. With words and phrases like “hoax” an “alternative facts” floating around, is it any wonder that we all are able to get up in the morning, shuffle around in our pajamas and move along with our lives, in any form or fashion.

There is no easy way out of the twisting, turning turmoil as we continue to float, like a feather in the wind, being pushed and/or pulled in every direction, with no goal or end in sight.

It would seem that there is no choice here — that perhaps we are all being orchestrated to wander and wonder.

“Denial is the most predictable of all human responses.” – The Architect

The character Neo, the protagonist in the film, The Matrix, faced a similar fate.

The Matrix is a 1999 science fiction action film written and directed by Lana and Lilly Wachowski. Starring Keanu Reeves, the movie is the first installment in the Matrix franchise.

It imagines a dystopian future in which humanity is unknowingly living a lie. Artificial Intelligence has created, the Matrix, to distract humans while using their bodies as a continuous source of energy.

According to Mental Floss, “14 Mind-Twisting Terms from The Matrix” by Angela Tung says, “Neo has a couple of meanings. It’s an anagram for ‘one,’ as in the One who will save humanity, and also means ‘new’ as in the new, freshly-born person now aware of the Matrix.“

Drawing wisdom from a story or a fictional character can be tricky, however, the lines are blurred between fact and fiction, reality and fantasy, truth and lies. Throughout the Matrix, Neo is faced with a series of heart stopping, life or death decisions. His choice hinges, not only on his own demise, but the end of humanity.

That feeling of impending doom and the desperation associated with it, certainly awakens even the calmest person’s fight or flight reflex.

“That’s how it is with people. Nobody cares how it works as long as it works.” – Councillor Hamann

That jolting revelation, that a decision must be made — and quickly — not only leads to the fictional character Neo’s panic, but is also reflected in our current state of affairs.

It all starts with a choice.

In Neo’s case, his “guide” Morpheus, offers this option: “This is your last chance. After this, there is no turning back. You take the blue pill, the story ends. You wake up in your bed and believe whatever you want to. You take the red pill, you stay in Wonderland, and I show you how deep the rabbit hole goes. Remember, all I’m offering is the truth. Nothing more.”

In real life, the choice may not seem as clear cut.

“Choice is an illusion created between those with power and those without.” – Merovingian

Have we already chosen?

Only we get to live out our choice, in all its realism and glory, instead of watching it safely from the sidelines.

There’s quite a bit at risk with that choice — with either option. Oh yes, there are always consequences.

Many times, it may feel like you have no choice, at all. So then, perhaps your choice is to not choose. But remember, even not choosing is a choice. In the face of actual, undeniable facts, we can choose to believe what we see, investigate further or blind ourselves to the truth.

“I’m trying to free your mind, Neo. But, I can only show you the door. You’re the one that has to walk through it.” – Morpheus

In the case of the movie, we could stumble through the obstacles, face them head-on and learn and grow with each task, becoming the hero of our own story or we could remain wrapped in our own cocoon of reality.

But, then again, is that really living?

“Neo, sooner or later you’re going to realize, just as I did, there’s a difference between knowing the path and walking the path.” – Morpheus 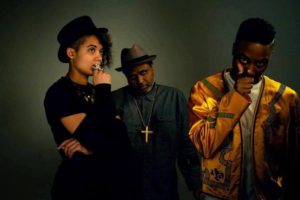 A chic trio with a lot on their minds, Suffer[...] 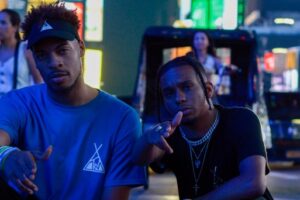 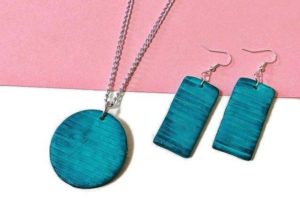