Art has and will always be inspired by the ever-changing world around us. From the realization of man during the Renaissance to the political overtones in American art during the ’60s and ’70s, our experiences have always helped play a part in what artists were doing and that still remains the case. Today, things can still get political at times but not for all. With technology being the absolute norm for most people, artists like Antoine Catala have taken inspiration from that at times, especially in the communication realm. We talked to Antoine about everything from emoticons (which I learned are different from emojis), Davinci, and even Snoopy in this back and forth exchange.

Kendra: Today your work has been displayed around the world, but when was the first time you saw yourself as not only an artist but an artist that could hold their own against the rest of them?

Antoine Catala: Half a year ago, if that.

Kendra: France and New York City have many commonalities but as someone who has spent time in both art hot spots, which city has the better local art scene and why?

Antoine Catala: I have never studied art in France. I studied math there. I moved away from France 20 years ago. As a consequence, I have little understanding of the French art scene. I would say that Paris is more provincial than the rest of France. People there are afraid of taking risks and to think for themselves. The overly conservative social pressure seems to operate less outside of Paris. Thus, there seems to be a lot more freedom for institutions to do genuinely interesting shows, at least so it seems from where I stand.

I studied art in London and I would say that the art scene there is highly polarized, with superstar artists on the one hand and punk, anti-system artists on the other. The later produces often idiosyncratic works that remain insular –art that doesn’t look like anything else but is not seen anywhere else– and it’s a shame.

As for New York, everything goes, but I would say art that gets shown in this city instantly takes on a commercial varnish. There is a manifest pragmatism here, for better or worst. I can’t really draw commonalities between Paris and New York art scenes, however.

Kendra: Your “Everything is Okay” exhibit seemed very on brand with millennials. Was that the intention? Grab that generation’s attention?

Antoine Catala: Communication is a struggle for everyone. “Everything is Okay” is about texting and emojis. My mother and people her age use more emojis than anybody else, at least from the texts I receive.

Kendra: You also stayed pretty youthful with your addition to the “I Was Raised on the Internet” with your emoji pieces. As someone who did survive before the chaos that is the online world, how do you feel the internet has shaped art going forward?

Antoine Catala: Those were not emoji pieces, but emoticons, to be precise. I was in my twenties when I did my first internet search. Internet, along with smartphones have had a massive influence on our lives: from labor practices to the way people hookup and more generally access information or entertainment.

The shift between before and after is massive. New technologies only get adopted because people use them. Thus this “going forward” is essentially symbiotic. I believe humans are greatly adaptable, they love to shapeshift and I would argue that someone sent from the middle ages to our times would get addicted to smartphones just like we are, but that the reverse is also true, if we were sent back to the middle ages we would quickly forget our internet habits and enjoy life just as much, if not more. The overall way we see, read, watch, hear or orient ourselves has radically changed, so the way we perceive art has too. Art will adapt.

Kendra: What do you think say, Davinci would think of Instagram?

Kendra: You utilize a variety of mediums, but is there one you make it a point to stay away from?

Antoine Catala: I try to stay away from art that looks like art as much as I can.

Kendra: Playing off nostalgia works for many, including yourself. What’s the #1 thing from pop culture that never fails to take you back to your childhood?

Antoine Catala: Younger generations have access to culture in a way that people never had before. They can peruse everything that has ever been digitized at their fingertips, instantly. I have met many people in their 20’s with extensive knowledge of music, poetry, films, you name it –which to me is astounding.

As a result, it seems that many choose a section of time to explore, a selective nostalgia of sorts that becomes part of their identity. It’s not unlike what my friends and I did back in the days, but the speed and depth at which it happens are staggering. I love anachronisms and actively seek to create some in my work. I am not focused on nostalgia per se.

Anachronisms allow for strange collages and open up meanings. I should add that Dan Graham, who I briefly worked for, always insisted that, according to Walter Benjamin, artists should focus on the just passed, say cultural trends from a couple of years ago. To answer your question though, I would say Snoopy.

Kendra: Can you let the people know what you have going on in the foreseeable future?

Antoine Catala: I am trying my luck at a comic book about the harsh living conditions in New York City, for an exhibition in LA at Praz-Delavallade. Let’s hope it pans out. I am also planning more paired down, say conceptual, works. So on the one hand narrative works and on the other hand dryer, conceptual, works, which I see as two sides of the same coin. 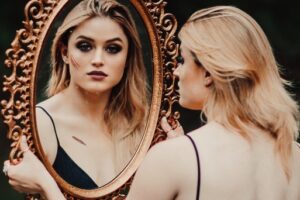 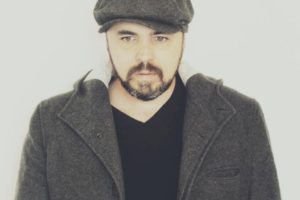 Whether it was his father’s records on a loop or[...] 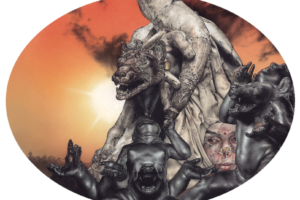